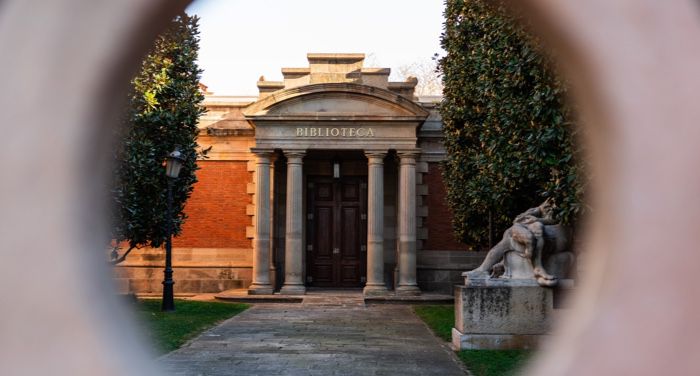 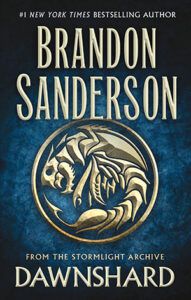 From Brandon Sanderson―author of the #1 New York Times bestselling Stormlight Archive and its fourth massive installment, Rhythm of War―comes a new hefty novella, Dawnshard. Taking place between Oathbringer and Rhythm of War, this tale (like Edgedancer before it) gives often-overshadowed characters their own chance to shine.

Libraries in fiction are often mysterious and faintly (or extremely) magical places, where the characters can find hidden and secret knowledge. In The Outrage by William Hussey, a group of friends break into an old library that has been destroyed by the story’s fascist regime, and find a treasure trove of forbidden films hidden in the walls. In Genvieve Cogman’s The Invisible Library, the titular library exists outside of space and time, and a shadowy group of librarians are tasked with retrieving rare and dangerous books from a multitude of parallel worlds. The idea of a trans-dimensional, magical library is one of the most famous bits of worldbuilding in Terry Pratchett’s Discworld series, where the library at the magical Unseen University occupies a place known as ‘L-Space’, which connects all libraries in all realities, at all points in time, and contains all books that have ever, will ever, or could ever exist.

While real-world libraries are, sadly, corporeally and temporally fixed (and, as far as I know, have never employed an orangutan as Head Librarian), there are still plenty of examples of libraries around the world that are secret or restricted, dealing with very different kinds of texts to the public libraries we know and love. While several of these libraries have now opened up, at least partially, their histories are still fascinating, and learning about them has that special spark of uncovering a secret.

The Library Cave at Dunhuang, part of the Thousand Buddha Grottoes, was discovered by Wang Yuanlu, a Taoist monk guarding the system of caves, back in 1900. The Dunhuang Library Cave contained thousands of manuscripts that had been sealed since the 11th century, and which included works dating from much earlier, making it a unique and fascinating historical resource. Unfortunately, many of the texts were sold in the years following the Library Cave’s discovery; however, the remaining ones are now being digitised as part of The International Dunhuang Project, making these important pieces of history accessible to researchers all over the world.

Just a few years before Wang Yuanlu’s discovery, in 1896, another treasure trove of hidden historical texts was found, this time at the Ben Ezra synagogue in Cairo. Solomon Schechter, a researcher at Cambridge University, had been shown some ancient Hebrew manuscripts by fellow scholars Agnes Smith Lewis and Margaret Dunlop Gibson, and travelled to Cairo to find the source of these documents. Schechter found a genizah, a hidden repository, in the synagogue, containing a huge number of historical Hebrew and Arabic texts. While the documents in the Library Cave were potentially hidden to save them from invading forces, the texts in the Cairo Genizah were possibly hidden for religious reasons; as the New Yorker article on the discovery notes, “According to Jewish law, religious writings must be interred if they bear the name of God”, and while the texts were often about everyday events and occurrences, the name of God was invariably mentioned in the writings, which then led to them being stored in the repository.

There’s an excitement to finding lost archives of manuscripts and documents, but a different kind of thrill to the concept of libraries that have never been lost, but have, for various reasons, been barred to all but a few readers. One of the most famous of these is the Vatican Secret Archives, now known officially as the Vatican Apostolic Archives. These archives are made up of over 50 miles of underground shelves and vaults, and, for hundreds of years, access to the books and documents within was highly restricted. Entry requirements have been relaxed a little in the past couple of years, thanks to a spike in interest caused, in part, by the popularity of Dan Brown’s books, but readers are still unlikely to get in unless they have a specific research project they’re working on, and pass the Vatican’s background checks.

The Private Case in the British Library is far more accessible today than the Vatican archives, but in the not-too-distant past, was highly restricted. It contains books that were separated from the British Museum’s main library collection because they contravened obscenity laws, and includes thousands of texts that feature saucy woodcuts or erotic writing, including early editions of Fanny Hill, dirty songs, and pulpy pornographic books sold in Soho in the 1950s and ’60s. Today, The Private Case can be accessed by any British Library user (presumably as long as they’re over 18), and digitised versions can be viewed online as part of the library’s Archives of Sexuality and Gender.

Both L-Space and The Invisible Library exist outside of time, and allow their users to time-travel between different periods. While even the most secret libraries in the real world haven’t quite achieved this yet, Norway’s Future Library has (or will have) come close. The Future Library is a public art project by visual artist Katie Paterson, which will collect an original piece of writing by an author every year from 2014 to 2114. These works will be printed on paper made from a thousand trees planted specifically for the project in Norway’s Nordmarka forest. The project connects the past and the future physically as well as artistically; the reading room set aside for the project at the Deichman Library in Oslo was built from the wood of the trees felled to make way for the new trees that will be used to produce the paper for the manuscripts.

These are just a few of the secretive and hidden libraries that exist around the world. For a detailed look at another mysterious library, read our post on The Golden Library of the Moscow Tsars That No One Can Find. For ideas on visiting libraries who’ll be happy to welcome you through their doors, try 8 of the Best Libraries to Visit Post-Pandemic.