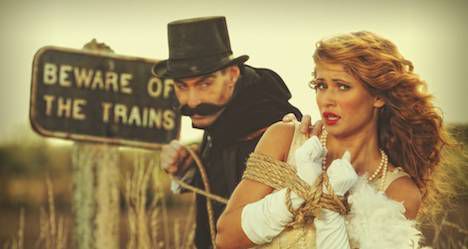 I was once teaching a creative writing class where we discussed the writing of villainous characters, as part of a larger discussion of creating conflict in your stories. Conflict is good; we love books full of conflict. The more we talked about villains themselves though, and antagonists more broadly, the more troubling the comparisons became. After we noted that a few different villains in superhero or fantasy literature live with disabilities, a student actually asked, “do you think the idea of villains is ableist?”

I didn’t have a pat answer for her, because like so many other people, I’m constantly having to re-encounter the ways in which both reality and fiction create damaging stereotypes. We ended up talking for the rest of the class about how we can disentangle the difficult things that happen to people, some of which cause disabilities and some of which don’t, from the ways they react to the circumstances of their lives. We realized that many interesting antagonists don’t have a specific reason why they disagree with or flat-out oppose the main character in a book, but instead just have a different perspective.

I remember always loving Maleficent as a villain in the 1959 Sleeping Beauty movie, because she was treated unkindly and she reacted with great flare, which I did often as a child even though I don’t think I ever cursed anyone to die by spindle prick. However, the 2014 film Maleficent did such a different kind of work, as have many books revamping fantasy narratives, perhaps most famously Wicked by Gregory Maguire, to show how villain is merely a matter of perspective: if we’re telling the story from the point of view of the villified one, we end up loving and respecting them as much as we ever did the main character.

When I see villains or antagonists, I’ve learned that I want three qualities: I want some kind of provocation, I want a human reaction, and I want the consequences to mean something to them. By this, I mean villains who have no external factor provoking them seem weird, and I haven’t ever met a simple evil person, so I don’t want them in my fiction. Secondly, I want their reaction to be like one I can imagine having, be it anguish or fury or pain or revenge, but not to a degree that makes me wonder how they have the time to make their whole life about ruining the lives of someone else: I just haven’t seen that in real life. Villains have to have day jobs too. Perhaps the one exception I can think of is V from Alan Moore’s V for Vendetta, but in the end his revenge is on behalf of innocents, which is part of why we hardly see him as a villain but rather as a misunderstood hero.

Lastly, so many good villains notice later on that the consequences of their reactions have a much graver effect than they personally wanted, that they would ever wish on someone when they weren’t upset. I like those moments, when villains are noticing that no matter how awful a thing was done to them, they see the results as out of proportion. One that jumps out at me is Mrs. Coulter from Philip Pullman’s His Dark Materials trilogy; she does reckless and evil things, but at some point the consequences dawn on her and her behavior changes in response (no spoilers, but just saying!).

Obviously, villains should be as diverse as any other group of book characters, but I’d also submit that the villain who was bullied for his or her size or abilities or other differences and becomes a villain as a result is an overplayed trope. The more common story in life, I believe, is that people who have hard things happen to them, or who are born with differences of many types, tend to have interesting, beautiful lives and confront challenges the way everyone does: some days with great panache and other days with reluctance or frustration. So, maybe we can have fewer villains, and more variety in our main characters themselves. I do still love the idea of a quality, relatable villain, but I’d like to be surprised by who it is and how they come into being more often.