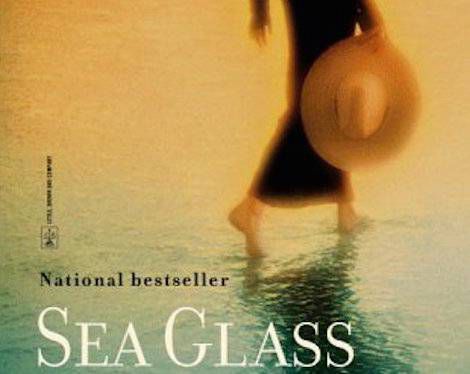 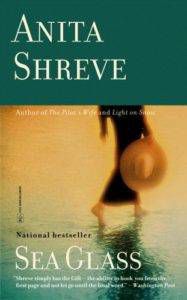 Anita Shreve’s novel was a breath of fresh sea air, after a couple of annoying reads. Neither esoteric nor entirely mainstream, Shreve’s tale is exactly what its title sounds like. Like pieces of coloured beauty, rounded with subtlety yet capable of sharpness where the text needs to cut. The profoundest things are usually the simplest anyway, like nature itself; Sea Glass seems to give this sort of intensity with the bare, glittering bones of a few carefully chosen, well-placed words, painting her characters not as stick figures in garish colours, but with layer upon layer of subtle glaze.

Just look at this scene, one of the first few times Honora and Sexton meet.

“In April, the typewriter salesman returned to the bank. He came through the door so fast that Honora thought at first he might be a robber. The wings of his coat spread wide around his trousers as he made his way to her station. She resisted the urge to touch her hair, which she hadn’t washed in days.

Whereas some writers find it necessary to convince readers with obvious statements and infernal repetitions that a character is a certain way, Shreve doesn’t underestimate our intelligence. She doesn’t have to say explicitly that Honora finds Sexton, the salesman, attractive, because she trusts that we are paying attention and we can tell, from Honora’s self-conscious “urge to touch her hair” and the way she notices details about him like the movement of his cloak, that even if she isn’t head over heels yet, she is all too aware of him and the impression he has of her. Shreve also doesn’t need to say that Sexton Beecher is a confident male eager to get a date with Honora, because his explosive entrance and his casually phrased question already suggests that. It’s little things like these that make readers feel like they know the characters, and are journeying with them, rather than insistent assertions about what the characters are like.

Shreve’s novel is a romance, so sex as an expression of love—or an indicator of its lack—is important and featured; but there’re no clichéd sex scenes here (honestly, try counting the number of times “thrust” is used in sex scenes across the genres). And thank God—no “dangling testicles” either.

“She slithered up and down his long, powerful pole, his strength, his exquisite maleness. … She was joined with him in a simple rhythm that got faster and faster as the two of them came closer to being one …”

No guesses for who wrote that, but “pole”? I respect the writer’s attempt at euphemism, but that’s still rather cringe-worthy.

“In the stingy light of the salted windows, she can see the broad knobs of his shoulders, the gentle muscles through the chest, the surprising gooseflesh of his buttocks, the red-gold hairs along the backs of his legs. … His knee slips between her thighs … He kisses her hair.

‘What makes it so shiny?’ he asks.

He presses his mouth to her shoulder. ‘We’ll take our time,’ he says.

Rather than glossing over the male physique with vague clichés, we get into Honora’s head, noticing details through her eyes. Words like “gentle” keep us aware, subconsciously, that this is a subjective perspective. And just when we think things might start to get a bit too crude or racy, we are surprised with a dialogue that shifts our focus, reifies the characters with a quirk or two, and shows an unexpected, touching tenderness.

And like the previous example, this scene closes right before the act. Like the drawing of a curtain, it leaves the lovers to themselves. Yet by keeping their consummate act of love unseen, their love doesn’t appear reduced but rather intensified. In its privacy it becomes almost sacred.

The metaphor of sea glass in the novel is just lovely. It captures the broken yet resilient human spirit, and the relations we have with one another. Every sea-smoothed shard of glass Honora picks off the coast has a story behind it, hidden behind its frosted surface. These are histories we’ll never know, but we have them to thank for the beautiful fragments of people, battered and refined by time and hardship, who come together like sea glass on a white plate.

I like this picture of the white plate. It’s contrasted in the novel with a bowl—what Honora puts her sea glass in at first. In a bowl the colours of the shards are muddied, each translucent piece blending into others so that no clear colour is seen. But on a white plate each glass complements the others around it so that every piece appears richer in tone and more luminous. This metaphor stands for plenty in the novel. It represents, for example, Sexton and Honora’s relationship. Sexton often gets too domineering or misogynistic, obscuring Honora and her desires under the glare of his personality. Love, Shreve suggests, should give others free space to shine.

For my birthday, my best friend and life partner gave me a necklace. A delicate silver wire, twined round a pendant of pale blue sea glass. Sweetest gift ever.