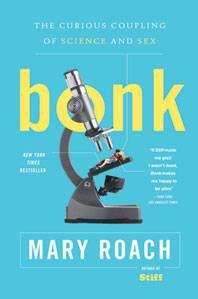 I wanted to be a marine biologist after reading Rachael Carson, a fellow Western Pennsylvanian who made for the coast, but I was (and I despise saying this) “bad at math.” What I could do is make observations in a spiral notebook, notable things like “barnacles are so cool” as I wandered around in my hip waders.

I devoured Lewis Thomas’ The Medusa and the Snail. As a volunteer at the New England Aquarium (see the passion of the English major among the other invertebrates?) I met Carl Safina (Song for the Blue Ocean) when he came to teach a class in science writing and I sat right next to him, star-struck, admiring his beard. He is a good looking man, name me a marine biologist who isn’t? Jacques Cousteau: frikkin’ adorbs, n’est-ce-pas?

At a talk on bioluminescent algae last summer (I don’t give up) I was just feet away from Sylvia Earle, “Her Deepness,” “The Sturgeon General” a former chief scientist at the National Oceanic and Atmospheric Administration and author of The World Is Blue: How Our Fate and the Ocean’s Are One (is it just me or do these words sound like a clarion?)

She stood to acknowledge a round of applause, and I whispered to my kids (I wanted them to also delight in the wonder of bioluminescent algae), “Guys, practice your math skills and don’t be afraid. You know, Mommy could have followed in the footsteps of ‘Her Deepness.'” They looked at me like, you? in a wetsuit?

I read Terry Tempest Williams religiously. Mary Roach’s Bonk: The Curious Coupling of Science and Sex. Bill Bryson’s A Short History of Nearly Everything, but I want more. What are you reading? Turn me on to what I’ve been missing you dear dear people who are science readers.