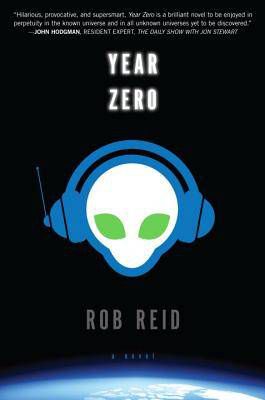 Lately, I’ve noticed a theme in my reading. I’ve been classifying it as like-science fiction, but it’s not quite capital letters “Sci Fi.” Mostly, I’ve been reading books about the universe – mostly fiction and mostly outside the standard Science Fiction genre. The common thread is a focus on space, science,  and the impact of the universe on earth. I’m not sure if this is generally a trend in books right now, but at least on my nightstand, it has been. Here are five recent releases (including the three I’ve read) that touch on these themes:

Sci Fi for the Philosopher: Mr g by Alan Lightman. Lightman’s whimsical but weighty telling of the creation of the world from the point of view of God (or Mr. g) is full of scientific terminology that doesn’t feel overly academic. It also delivers a punch about certain philosophies and religions and the creation of matter/life. If you know anything about religious history, you’ll recognize quite a bit of Deism in the theory, but you’re not punched in the face by it. It’s a wonderfully poetic, slim piece of work. (I listened to it on audio, where I got to appreciate the poetry of the work, and then I read the print version and the science is what jumped out at me in that go around).

Sci Fi for the Lit Fic fan: The Age of Miracles by Karen Thompson Walker. This coming-of-age novel is the debut novel of the summer, and it focuses on a girl who relates her life after it is indelibly altered by a slowing of the earth. Though this catastrophe begins slowly and quietly, the telling of it is spectacular in its familiarity to other coming of age and literary fiction novels we’re used to. It’s an ordinary narrative of an extraordinary story.

Sci Fi for the Crime Fiction Lover: The Last Policeman by Ben H. Winters. In a similar vein – one genre disguised as another – Winters tells the story of Hank Palace, a young detective who is committed to solving murders, even when no one else is. And the reason no one else is? The planet is preparing itself for a meteor collision that will take place 6 months from the book’s current time. Understandably, a lot of people commit suicide, but Palace is convinced that one particular death is not a suicide at all. This is a good old-fashioned crime novel with as likable a main character you’ll find, in a reality that is just a little cockeyed. There’s more to the story – a lot of great thought-probing speculation about what’s really important when the world will end – which gives the book heft that you don’t find in most crime fiction. Best part? It’s the first of a trilogy.

Sci Fi for the Comedian/Music Lover/Anarchist: Year Zero by Rob Reid. Rob Reid, its important to note, is the founder of Listen.com, which created Rhapsody. Which as you might know was completely eclipsed by iTunes in the world of legal music downloads. This is relevant because the premise of Year Zero is such: Aliens all over the universe LOVE Earth music. Year Zero refers to 1977 when the first snippet of music (the Welcome Back, Kotter theme song) reached alien ears and they were so awe-inspired (to put it mildly) that they reset their clocks. Under a crazy galactic law that requires that the rest of the universe to follow the law of each artistic race – which means that the universe has just committed the largest copyright violation of all time. The resulting penalties will bankrupt the universe, and to prevent such a bankruptcy, the universe seeks out the best copyright lawyer on Earth. This explanation is covered in literally the first 20 pages of the book. The remaining 337 pages only serve to increase the absurdity and the utter hilarity. Excellent for fans of Douglas Adams and Christopher Moore.

Sci Fi that’s more Sci than Fi: Massive by Ian Sample. Just as the world became obsessed with the revelation that physicists had proven the existence of the Higgs Boson, otherwise known as the “God particle,” Sample has published a book that chronicles the last four decades since Peter Higgs first proposed such a particle and the financial, political and scientific ramifications that came with it. Though the book doesn’t cover the actual reveal it will give you all the dirt in the back story – and for such a tiny little particle, there’s a lot of dirt.