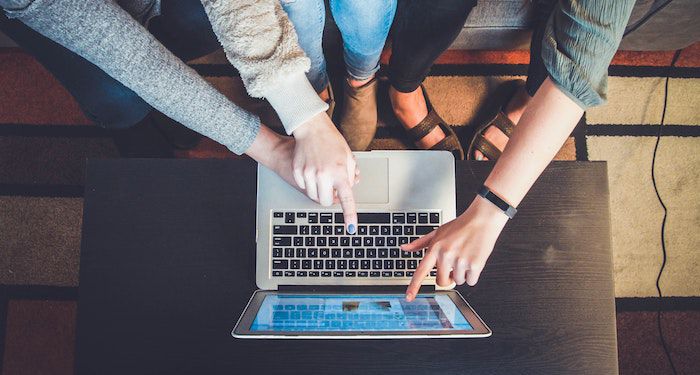 Fake news is a term I hate to use because it has been taken by a certain president and his cronies to devalue any kind of news story that reflects negatively on his administration.

However, as someone who works with teens on a daily basis in a school library, it is a term that they use freely as they try to navigate the murky waters of what is real and not real in today’s bottomless information dump that is the news cycle.

To combat fake news, or disinformation, or whatever you want to call it, I created a series of lessons that I have delivered to students in London over the past few weeks. After each lesson I have surveyed the students and have been pleasantly surprised to learn that they have found these lessons effective in educating them on ways to avoid and detect fake news.

It’s a fairly straight forward class: the goal is to start generating discussion, because it’s not until you have genuine discussion about the information you are taking in will you be able to be critical about it.

I start by asking them why fake news is created and who they think creates it. I record their answers on a great free educational tool called Nearpod, but you don’t need Nearpod to do this lesson at all.

The answers I have been getting from the students (ages 11–13) are pretty spot on. They will say news organisations themselves create fake news, hackers, pranksters, people trying to make money, and more. I focus on the last point: a lot of fake news in my opinion is generated for click bait and therefore ad revenue. Many of the students knew this but a lot were unaware that web sites get money from the number of clicks they receive.

Students also talk about cancel culture and the fact that fake news can be created to exact revenge on people. We discuss the dangers of this and then I show them information from a web site called 30 Seconds which has great resources for teachers and educators in fighting fake news. 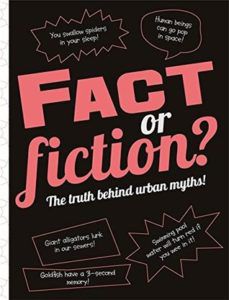 I then book talk a great book called Fact or Fiction? which is another stellar resource when it comes to dispelling urban myths and fake stories that often end up on places like Facebook.

I then ask students to think about their own actions, and ask them to think about why they share fake news stories. It’s a tricky one because nobody wants to think of themselves as part of a huge problem in disinformation and we are all complicit in some ways in sharing news stories or being duped by things that may not be totally true.

Ninety percent of the students I spoke to said the majority of fake news they end up sharing comes from funny memes that they feel are harmless. I agree that some of them might appear harmless or silly but if they are spreading misinformation about other people or mocking disabilities or other people’s beliefs or backgrounds, it’s a completely different story. We ended up having a very frank discussion around memes and fake news which I hoped proved helpful to the students.

To end the lesson, we look at the impact that fake news has, and the student input was once again very insightful. They discussed how it can spread fear, racist ideas and panic. This is something that is all too true in today’s society and I was very happy to see the students’ responses to this.

We also looked at ways to spot a fake news story which includes:

I direct them to the Harvard Summer School Web Site which has a great section on fake news.

Libraries are one of the last few bastions of truth that exist in the world and in my opinion it’s our job to ensure that students are aware of the dangers of fake news and are equipped with the tools to spot misinformation when it happens.