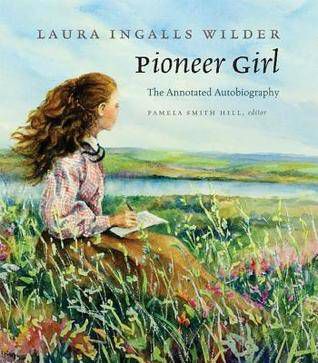 Last week, I got the “new this week” email from Marvel Unlimited, and realized it had been several months since I had logged on, and even longer since I had used it to any serious extent. In the early days, I would log in and read full runs of X-Men and Captain America; I would catch up when I realized I was several months behind on Hawkeye (and then buy the trade anyway). I would try out various eras of The Punisher and see if I could find the origin of The Human Torch or Black Panther. I had gotten a MU Plus membership after several months of paying monthly, and got some cute little mementos out of it, but wouldn’t see the chance for the convention perks and other access chances in the time I retained the membership. I had to make a choice.

There are a few factors that led to my decision to scrap my membership:

I have an enormous backlog of books and comics in print and electronic format that I hope to read before I die. There are hundreds of books in my house (including an entire bookcase full of comics trade paperbacks), and I have trouble making the time for all of them anyway.

With that in mind, I try really hard to only read the things currently accessible to me. I try to put fewer books on hold at the library, and I keep my hands in my pockets when I go into a bookstore or other place that sells books, like the grocery store. I still have issues with compulsion, particularly when both members of my household peddle books in some fashion (me: librarian; him: bookseller; house: sinking from book weight).

With such a backlog, I just don’t have time to utilize monthly subscription services like Marvel Unlimited. Paying for something just so that it will be there when I randomly remember I want to read something I don’t already have is not in my best interest. If I really feel the urge to read something, I can save myself the hundred bucks and check it out from the library or take advantage of a sale. At least then I’m only paying for it once, instead of all the time.

As I have mentioned before, I am a Trade Waiter. Part of the reason this works so much better for me than individual comics is the chance to read a full story arc in one sitting. Marvel Unlimited is great when you’re trying a full run of something, but I have rarely been part of the monthly issues culture that is nearly inherent in comics fans. I don’t have the patience. I’ll read something monthly if I have to, but I’d rather put it on the list and get to it when it’s released in trade.

And I’ve discovered that when it comes to my favorite titles by Marvel, they are titles that I want to own. In print. There’s something about having all those red and white spines sitting there shining at me, beckoning me to open their glossy pages and flip through them whenever I want.

I was never strictly a Marvel reader, but I’ve been even less of one in recent months. I love the Marvel universe, but I want to read Wonder Woman this year, and Multiversity and Gotham Academy. I want to catch up on Saga. I want to try stories from small presses like EMET and Stranger Comics. I want to support creators who have ideas for stories like Tuskegee Heirs. I will still collect Ms. Marvel and Black Widow and any and all things featuring Carol Danvers. But I’ve moved beyond the blind necessity to read everything in the Marvel NOW universe just because I feel like I’ll miss something if I don’t.

It’s such a freeing feeling.

So, goodbye for now, Marvel Unlimited. It was great while it lasted, but I doubt I’ll have the urge to read the full run of Gambit again.