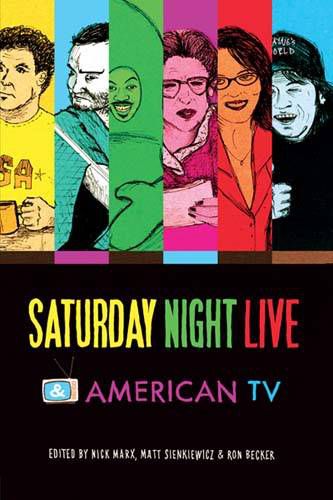 This weekend’s giveaway is sponsored by Saturday Night Live and American TV edited by Nick Marx, Matt Sienkiewicz, and Ron Becker for the Indiana University Press. 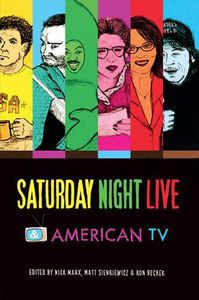 For over 35 years, “Live from New York, it’s Saturday Night!” has greeted late night–TV viewers looking for the best in sketch comedy and popular music. SNL is the variety show that launched the careers of a mass of comedians including Dan Aykroyd, Chevy Chase, Chris Farley, Will Ferrell, Tina Fey, Amy Poehler, and Adam Sandler, among others. Week after week, SNL has produced unforgettable sketches and provocative political satire, adapting to changing times while staying true to its original vision of performing timely topical humor. With essays that address issues ranging from race and gender to authorship and comedic performance, “Saturday Night Live” and American TV follows the history of this 36-time Emmy-winning show and its place in the shifting social and media landscape of American television.

We have 10 copies of Saturday Night Live and American TV for 10 lucky winners! Just complete the form below to enter. Entries are limited to the United States and will be accepted until 11:59pm, Friday, October 25. Winners will be randomly selected.