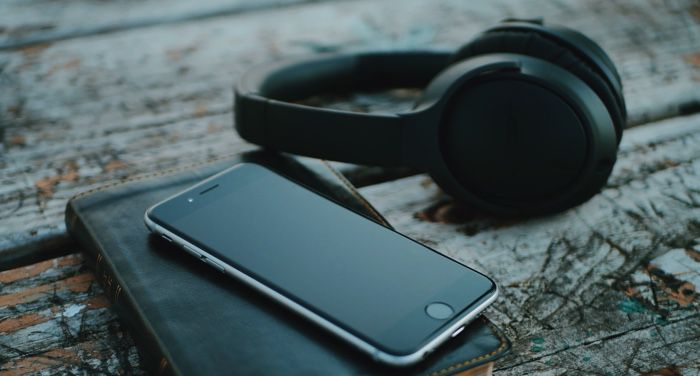 When I was first really getting into audiobooks, Saskia Maarleveld’s voice was the first I encountered where I thought, “Oh, yes. I can listen to her narrate anything.” That has continued to hold true through my audiobook reading, but what has amazed me is her mastery over accents! Not only have I listened to Maarleveld perform a number of different accents across books and genres, but she’s even pulled off switching seamlessly between accents in the same book, in the same sentence, all without missing a beat. From YA to historical fiction to sci-fi and fantasy, here are five great audiobooks narrated by Saskia Maarleveld that showcase her talents! 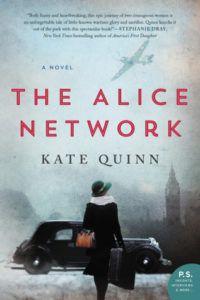 The Alice Network was the first Maarleveld audiobook I read, and I picked it because it was making its rounds through all my community book groups. I was not disappointed—it’s the story of Charlie, an American woman in 1947 who finds herself pregnant and unmarried, so she consents to a trip to Europe to take care of it. Once in England, she ditches her mother and begins trying to track down her cousin Rose, who disappeared in France during the war. Her path crosses with Eve Gardiner, a former spy in WWI who is now an embittered shell of her former self—but she may possess vital information that will lead Charlie to Rose. Charlie, Eve, and Eve’s hired driver team up to search for Rose, leading to an epic road trip across Europe to track down a war criminal and uncover the truth.

I was totally immersed in Maarleveld’s narration, which moves seamlessly between WWI and post-WWII, and between Eve’s British accent and Charlie’s American accent. The voices are so distinct that I had to check to see if it was all the same narrator—and it was! 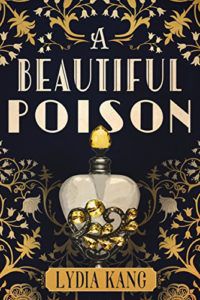 Allene, Jasper, and Birdie were all childhood friends, but as they grew up societal pressure and life’s demands saw them pushed apart. Now, it’s 1919 and Allene is just engaged. Her former friends attend her engagement party when a guest drops dead, poisoned. As the three probe the crime, more people begin to die around Allene, but thanks to the influenza epidemic, cause of death is not always readily apparent. The three make a pact to investigate, determined to uncover a killer. Maarleveld is again the sole narrator of this book, which includes chapters from the points of view of all three main characters, and has a great twist at the end! 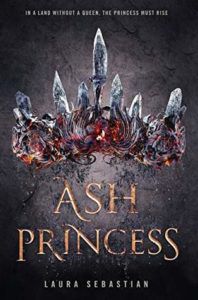 This YA fantasy novel is what made me really impressed with Maarleveld’s ability to take on accents! Theodosia was only a child when her mother, the queen, was murdered and the Kaiser and his army took over her country. Her life was spared, but she is kept around court solely so that the Kaiser can punish her for existing. When Theodosia learns that the rebellion isn’t as crushed as she once believed, she has new hope…but escape is nearly impossible. Although this book is told from Theodosia’s first person POV, Maarleveld does a great job of creating varying accents and speech patterns for each character of different nationalities, so that they are easily distinguishable while listening! 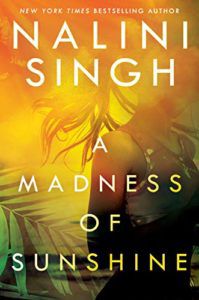 A Madness of Sunshine by Nailini Singh

Maarleveld heads to New Zealand in this excellent mystery that takes place in a remote community on the coast. Told from the points of view of Will, an outsider police officer, and Anahera, a local woman returned home after many years away, this book is about the disappearance of a young woman and how it shakes a close-knit community. Will is responsible for the search parties, but he’s also nursing darker suspicions, and he teams up with Anahera to investigate them. Again, Maarleveld does an excellent job of switching back and forth between a male and female POV, and her New Zealand accent sounded great to my American ears. 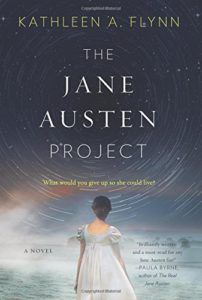 The Jane Austen Project by Kathleen A. Flynn

I knew I wanted to read this book, but when I learned it was narrated by Maarleveld, it was an automatic download for me! In the near future, an American doctor named Rachel and an Irish actor named Liam travel back to 1815 with the intent of befriending the Austen family and recovering a lost manuscript of Jane Austen’s. Their mission becomes complicated by their developing relationship with the Austen family, and Rachel’s suspicion that she can prevent Jane Austen’s untimely death…but changing the past is not her mission. What is so impressive about this book is that it’s told in Rachel’s first person POV, with an American accent, but the vast majority of the dialogue is in varying British accents. The constant switching between accents is seamless and professional, and very helpful when it comes to figuring out who is speaking, what’s being said in dialogue, and what’s said in narration!

Saskia Maarleveld is a prolific audiobook narrator, and has narrated many more audiobooks, many of which are on my digital TBR list. Some titles I’m looking forward to include The Impossible Girl, Poemsia, and Burn the Dark. I’ve also enjoyed Broken Things by Lauren Oliver, which has small vignettes that Maarleveld narrates, and she narrated The Huntress by Kate Quinn, which I enjoyed in print!