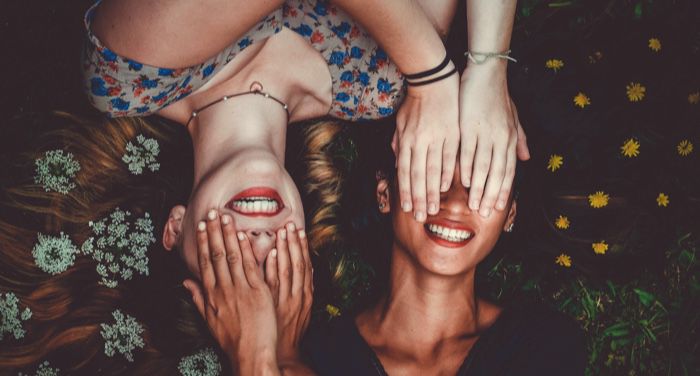 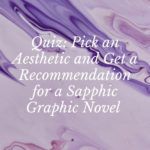 Let’s face it, we’ve all picked up a book based on the cover. Sometimes you want to pick a book based on its literary quality, and sometimes you just want a book that gives you the Right Vibes. That goes double for comics and graphic novels. As much as I’ll add a comic to my TBR based on its plot, it’s the art style that determines whether I’ll actually read it or not. So why not recommend you some books based on their aesthetic instead of the plot points?

Aesthetic has taken on new meaning lately. Ever since I stumbled on “cottagecore,” I’ve been admiring how refined people’s senses of fashion and style in general can be. I can barely figure out what I want to put on my body, never mind a coherent set of rules for everything I find attractive. It’s grown so much that there’s a dedicated Aesthetic Wiki. And wow, are there ever a lot of them. They have a List of Aesthetics page which is overwhelming enough, and that’s only the highlights!

For this quiz, I picked out some sapphic comics and graphic novels to recommend, because a) My specialty is sapphic books and b) Aesthetics seem to be very popular among queer women. Maybe that’s because that’s just who I follow online, but I’m sticking to it.

I chose aesthetics based not just on the art style, but mostly according to the general vibes of the book. Where does it take place? What emotions does it give you while reading it? These are based on what I understand of the aesthetics based on their Fandom Wiki pages, but I’m not an expert. A true Forestpunk aficionado may completely disagree with me.

After you’ve taken the quiz, I’ve included all the possible results, in case you want to check them out. I hope that there are more book recommendations by aesthetics soon, because that definitely speaks to how I pick out my books. Tons of people have been requesting Dark Academia books, and I would love to see a list of Cryptidcore reads that have that Gravity Falls feel. I also definitely want to read more queer Cottagecore books; The Tea Dragon Society is one of my all-time favourite reads.

But enough introduction: let’s get into the quiz! Just pick your favourite places, fashion, season, colours, etc, and I’ll match you with the perfect sapphic graphic novel for your aesthetic reading needs.

Here are the other sapphic graphic novels and their aesthetics! If you have more sapphic comics + aesthetics recommendations, share them with us on social media!