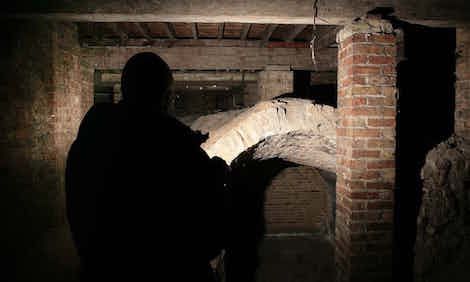 It probably wouldn’t have surprised his long-suffering friends, but the remains of the poet Samuel Taylor Coleridge have been rediscovered in a wine cellar.

Literary pilgrims have long paid their respects at the memorial plaques to Coleridge in the church above, unaware his lead coffin was lying behind a brick wall closing one end of the 17th-century cellar. The space was incorporated into the crypt of St Michael’s when the church was built in 1831 near the top of Highgate Hill in north London.

Library fines are set to become a thing of the past under a plan being worked on by Government.

A strategy for public libraries was discussed at some length by Cabinet today as it aims to increase library membership.

Luis Soriano was a Spanish teacher in rural La Gloria Colombia. Concerned that his students had no access to books at home, he decided to do something about it.

By adapting the packsaddles of his two donkeys, Alfa and Beto, from carrying water to carrying books, Luis created a makeshift mobile library and set off to take his books to children who otherwise wouldn’t have access to reading materials. With that the ‘Biblioburro’ was born.

“Kids wise up when they pick up a book. Their surprise and imagination meet together, you see them starting to laugh by themselves, just by seeing the book,” he says

Watch the video, too. This project is powerful.