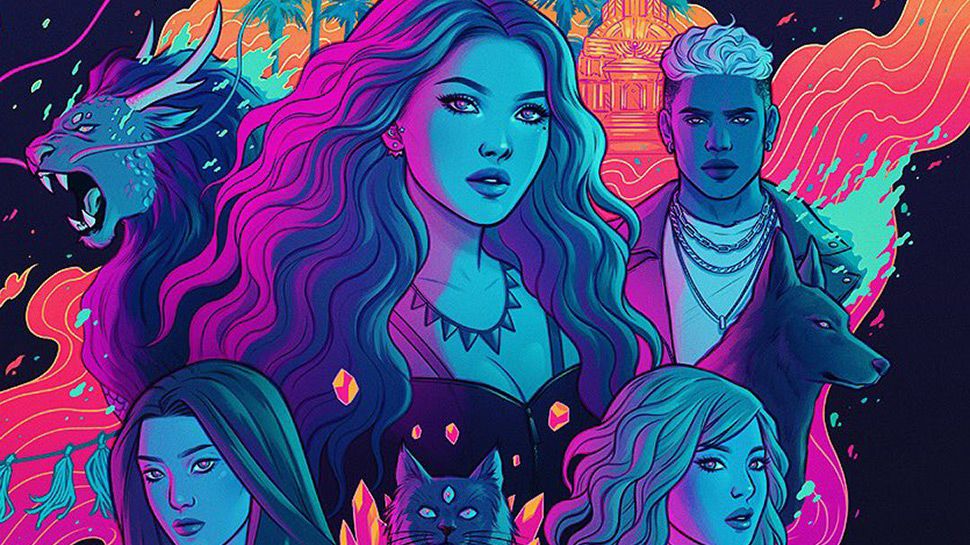 Sam Humphries and Jen Bartel’s new ongoing series, Blackbird, debuts from Image comics in October. He’s as excited about it as we are.

BR: Did you and Jen know each other before you decided to do Blackbird?

SH: Yes. We’d know each other for a while and we were friends and the idea of doing a book together came from our friendship; talking about comics, what frustrated us about comics, what we wanted to see more of in comics. Blackbird was a fresh idea that came out of our conversations.

BR: So you developed the concept together?

SH: It came from me saying, “Jen, what the hell do you feel like drawing right now, what’s interesting to you, what do you feel like you can really nail? And you’re going to have a lot of fun with?” 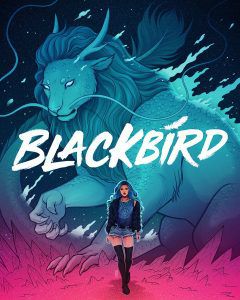 SH: Not kind of! That’s exactly what it is.

BR: So, not for the younger set. I occasionally leave my comics around and my almost nine and six year olds find them…I remember one time my six year old found I Hate Fairyland.

SH: Not for three year olds, no. Give your nine year old four years. Aspirational reading.

BR: What’s at the core of the story? What’s the most important part for you?

SH: (There are) so many levels you have when you think about a book. On one end, we have themes of truth and deception, loss and grief, coming of age, struggling, finding your place in the world. But then, magic, demons, and hot people making out with each other.

BR: You’ve worked all across comics: Marvel (Legendary Star-Lord, X-Force), DC (Green Lantern), Boom, and you’ve self-published. Is there one you prefer?

SH: Are you going to get me in trouble? Is that what this is about?

BR: Okay, okay, let me rephrase. Is there one that lets your creative process to flow most naturally?

SH: I think they allow the creative process to flow in different ways. There is a prevailing sentiment that creator owned books leads to a happier life than work-for-hire books. I don’t find either of them are inherently more joyful. They both have their own struggles and their own heartbreak. That’s why I like gardening better than comics.

I love all the publishers I work for and I love how each publisher has a different approach to the marketplace. As far as Blackbird goes, we knew Image was going to be the perfect home for that.

BR: I was going to ask exactly what it was that drew you to Image for that book.

BR: Their staff is great, they built themselves to a brand within the marketplace, and they know how to push a book. We felt our book would go along with them being a mixture of genre but also coming of age. It felt like a natural fit for them and when we pitched it to them, they jumped on it right away which validated that a) it didn’t totally suck and b) that this was a good home and they felt strongly about what we were doing. We’re coming out of an age where Lord of the Rings and Harry Potter and Game of Thrones are defining fantasy and culture. I love all three of those things but they can be traditional in their own ways and we’re beginning to see a new way, taking that approach and twisting it.

BR: Do you and Jen work on the book together or more is it more of an exchange?

SH: All of the above. Sometimes we go away and I script and she draws but there are also a lot of times we’re texting each other and going back and forth… “What if we took this in a different direction? What about this twist? There’s a connection here we never thought about before.” So there’s a lot of broad conferencing while we’re doing the nitty gritty on both of our sides.

BR: Switching gears: what do you enjoy reading?

SH: My favorite recently was Little Fires Everywhere by Celeste Ng. Sing, Unburied, Sing by Jesmyn Ward. Tokyo Tarareba Girls and Princess Jellyfish by Akiko Higashimura. They’re manga brought over here and translated but they’re two of the best comics running right now They’re always delightful and I always come back to them.

BR: Anything literary or otherwise you go back to for inspiration if you’re stuck and need a push?

SH: I have a shelf in my office nearby I populate with art books and weird books; atlases, or mechanical l books. I just pull one at random and flip through it. I have a Bernini book, a Capra book, a Zuko book in there, but I try to take the related stuff off of that shelf; when I’m in that moment, I try to bring in things that are far afield…when you’re stuck, sometimes, something that’s completely unexpected is the thing that’s going to shake you out of it.

BR: Do you listen to music when you work?

SH: Yes, I do. I have multiple playlists for every project I work on.

BR: What are some of the things on your Blackbird playlist?

SH: Missy Elliott, Janet Jackson, very energetic, have the right vibe. I have three Blackbird playlists. La Luz is my my favorite rock band in America right now. They’re great, very spooky…like the Dum Dum girls if they were playing a residency at the Haunted Mansion. A lot of Dum Dum girls. Glam rock. Elastica, Jane’s Addiction…They have that spooky, mystical thing going on that really helps sometimes. A lot of Riot Grrls stuff. Bratmobile, Bikini Kill. The Julie Ruin, the first album she did…that’s a good one for the emotional parts for me. Misky…Erika Badu, Solange…Rihanna…

BR: I read in your bio you’re also a photographer?

SH: I used to be a photographer. Now, I have a cam phone and I take pictures. I used to do stuff at this underground gallery with friends of mine back in the day…do gallery shows all over town…

BR: Does it inform your comics writing at all?

SH: Yeah, a little bit. Even the visualness, telling little stories. Especially when I stopped doing street photography and started doing studio photography. I would create these characters and dress the models…building sets and costumes…costumes that communicate identity and environment. It taught me a lot about composition and elements in a frame. Which hopefully makes things easier for my artists to draw and not more frustrating.

BR: Who as your first comics crush?

SH: Probably Rogue. We need to work together to split them up. I love Rogue even before the Gambit stuff because she didn’t take shit from anyone and she could go toe to toe with anybody in the Marvel universe. And she had that Southern attitude.

BR: Any characters you haven’t worked with yet but if someone said “hey, go for it…” 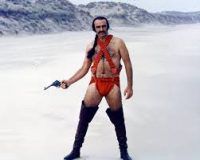 SH: I love Zardoz, the ’70s sci-fi film, Sean Connery in that day glow strappy thing…it’s a mess of a movie but I love it. It’s so rich and there are so many ideas in there. A Zardoz cinematic universe would be super cool…kind of like other people and Dune. I can dig into Zardoz and be like, here’s a thousand year timeline of Zardoz. It will never happen…but I’m sending all kinds of vibes into the world.

BR: If you had a lightsaber, what color would it be?

SH: Probably the green. That was the classic achievement lightsaber when I was a kid. In Return of the Jedi, the blue one is cool but it’s Obi Wan’s. The green one is what you got when you went through hell. It’s the one that proves you went through it.

October is way, way too far away for this reader. More about Blackbird as I get my grabby hands on it.