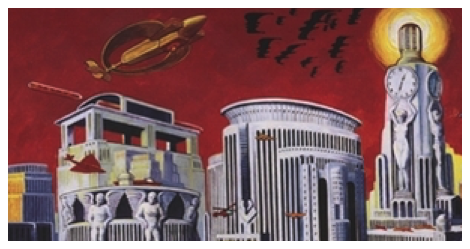 Buckle in because this post is all about heartbreak and Russian literature, so you just know it’s going to be depressing. 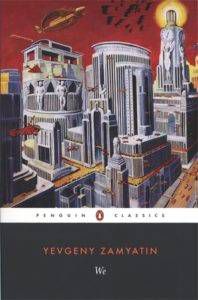 A few years ago, I opened a Christmas package from my then-boyfriend. We’ll call him J. Inside was a Toblerone and a translated copy of We by Yevgeny Zamyatin. If you’re unfamiliar with the book, it’s a dystopian novel published in the 1920s and was one of the contributing factors to Zamyatin being exiled from the Soviet Union. It predates Aldous Huxley’s Brave New World and George Orwell’s 1984. Seriously, give it a read if you love these types of stories. It’s a thin novel, less than 250 pages and I devoured it the moment I received it. But I should say that this wasn’t just any edition of We. It was personalized, filled with marginalia in J’s sharp, slanted handwriting. Notes and underlines. Things he wanted to point out or emphasis. Little notes at the end of chapters.

It was easily one the best and most thoughtful gifts I’ve ever received from anyone.

To try to put the book’s plot succinctly, a placed called the United State promotes the idea of a uniform community. The “individual” is frowned upon. People are known by numbers, instead of names, and the irrational and illogical is often published. Things like love and anger and unpredictable emotions are forbidden. There’s a love story, of course, between a man who never thought to question his routine and a woman who insists on embrace the “irrational.” But reminder…it’s Russian lit. At one point, I toyed with the idea of getting a tattoo related to We, but getting something that serves as a permanent reminder to a relationship that didn’t quite work out is clearly a very bad idea.

If you haven’t picked up on it yet, J and I are no longer together. Truthfully, it was a devastating loss for me. J just sort of disappeared from me. Well, not exactly. That’s a lie. It wasn’t as if I blinked and he was gone, like some cruel magic trick. It was more like the ebb and flow of a tide, where every push of a wave sent him farther and farther away. Slowly. Little by Little.

Following the end of a relationship, I go through this compartmentalization process. Literally. I take things from the relationship – gifts, tokens, notes – and put them in this shoebox that resides in some hidden dark place in my apartment. Under the bed. In the closet. It’s a literal scrubbing of my area, tucking away all the things that remind me of this person no longer in my life. For the most part, it works. But for some reason, I couldn’t stick that copy of We into a that box. It’s a book I love and even without J’s notes, I think I would have still enjoyed it had I picked it up on my own. It’s a book I’ve recommended to many friends. I wanted it to keep its home on my shelf, but acknowledging its existence was painful.

Now that I think about it, We was a pretty good allegory for the dynamic between me and J. I have my heart on my sleeve in all situations and hiding my emotions is something I’ve never been able to master. Love, pain, I feel them fully and earnestly. Whereas J likes the comfort of a routine, I’d say. Emotions like anxiety and anger and perhaps even love make him feel out of control. The fact that We doesn’t have a happy ending should have seemed like a lesson to me. Maybe I should have viewed it as a cautionary tale. There’s a part of me that wants to reread it, to see what sorts of things I’d pick up on or how I’d view J’s scribbles now that we’re no longer together. But there’s also a part of me that wants to preserve my first reading and how I felt when we were in love.

For now, though, We still resides on my shelf, an unassuming gray, paperback spine tucked between two large hardcovers that dominate the space. Most days, I don’t even realize it’s there, but when my eyes flick over the scifi section of my shelves, the struggle with what to do with it appears again.