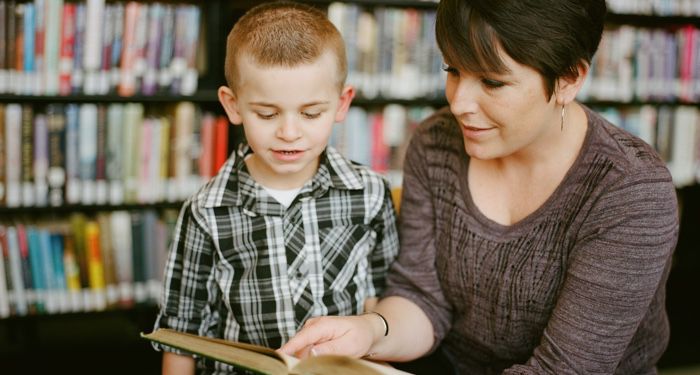 Karma: A Yogi’s Guide to Crafting Your Destiny 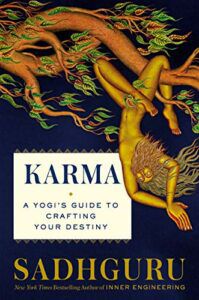 Who really understands the concept of karma? Half the time when people are referencing it, it sounds like some form of revenge. But karma is a much deeper and richer concept than that.

As explained by Sadhguru, yogi & mystic, karma means action. Sadhguru turns the tables by showing us clearly that karma is an empowering possibility for taking charge of our lives by choosing how we respond to what is happening to us. With celebrity fans from Will Smith to Tom Brady, this enlightening book offers in depth insights on the concept of Karma and shows how to achieve true happiness. 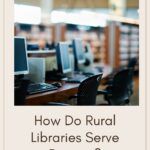 There are some 16,000 public libraries in the United States, according to the Institute of Museum and Library Services (IMLS), but “about 30 million Americans are served by the nation’s approximately 4,000 rural library systems.”

But the vital nature of this role is especially important in rural communities, because the Federal Communications Commission (FCC) estimated that in 2018 “one-quarter of rural Americans — and one-third of Americans living on tribal lands — did not have access to broadband (meaning download speeds of at least 25 megabits per second). By contrast, less than 2 percent of urban Americans lacked that same access.”

This report calls this disparity one of the most extreme inequalities in our society, and it is a divide that has only become more apparent during the pandemic, as everything about our lives — from mental health services to education — transitioned to online models overnight.

According to Public Libraries Online, “those relying on libraries for digital access are often people experiencing homelessness and poverty, older adults, rural residents, and students. They use library broadband and Wi-Fi to apply for jobs, complete school work, communicate via email, find information, and conduct business.”

In rural communities, computers with internet were used more than 23 million times by rural library patrons in 2017 (14% increase since 2008), and nationwide there was a  28.7% increase in wi-fi sessions provided by rural libraries over the last ten years.

Many public libraries across the country provided crucial digital access to their communities. Even while their buildings remained closed due the pandemic, libraries rapidly increased the wireless signal provided around the physical library building, as well as the Wi-Fi hotspots the library provided and serviced throughout the community.

Between 2008 and 2017, the number of ebooks and downloadable audio materials more than doubled in rural public libraries. Usually, libraries provide access to online services the patrons can access with their library card in order to download a certain number of materials per week or month.

For example, the Williamsburg Public Library, which is located in Williamsburg, Iowa, a town of approximately 3,100 people, provides their patrons access to BRIDGES for downloadable ebooks and audiobooks, Zinio for digital magazines, and Freegal for music.

The Louttit Library in West Greenwich, Rhode Island, a community of 6,000 residents, provides patrons access to Kanopy for streaming video, OverDrive and Hoopla for ebooks and audiobooks, and Consumer Reports and NewsBank for digital news.

Additionally, library staff are on-hand to help patrons navigate the “increasingly complicated web of online information.” And due to the close-knit nature of small towns, librarians are often a trusted resource within a small community. According to Abigail Clarkin of the Louttit Library, “as a small library with a small patron base and an even smaller staff, we had the opportunity to get to know our patrons well.”

The impact of libraries is much more than the resources and materials they provide. Often public libraries are crucial in terms of educational programming and community events in their town. In 2017, rural libraries ran nearly 750,000 programs with 12.5 million attendees. According to IMLS data, rural libraries increased programmatic offerings 33.7% from 2017 to 2008, which demonstrates the continued, and growing, relevance these libraries have in rural life. Programmatic offerings vary by community, but generally public libraries provide a wide slate of programs on early learning education, workforce development, access to reliable information, storytime and book clubs, economic development, entrepreneurship, health and wellness, access to government and community information, and lifelong learning.

In addition to art and craft classes and educational sustainability programs put on by the Iowa County Master Gardeners, the Williamsburg Public Library also occasionally hosts traveling museum exhibitions, for example. This summer they will host Riding the Freedom Train: the Underground Railroad in Iowa, which is on loan from the African American Museum of Iowa. The Williamsburg Public Library also regularly hosts “Early Out” programming on days when the public school releases early.

It’s true that urban and rural libraries have similar programming goals. Though their delivery and approach is tailored to the specific needs and patrons of their community, the core mission remains the same. One way small and rural libraries differ from larger urban libraries, though, is in the one-to-one personal relationships that form when serving a smaller patron base.

Small and rural libraries have both a small patron bases and small staff, which means the individual staff members have the opportunity to get to know their patrons personally and well. For example, Clarkin remembers that the Louttit Library Director making a  point to send condolence cards to members of the community who had lost a loved one. Ashley says she herself often “had conversations with patrons as they processed grief (usually pet-related), while other staff members shared food with those in need and talked patrons through job searching.” These are personal subjects and show the close bond between library staff and their patron base.

Libraries in rural communities also play an especially pivotal role in organizing community events. In the case of West Greenwich, Louttit Library staff and volunteers organize some of the town’s largest events like the Tree Lighting Celebration during the holidays, as well as Easter egg hunts and gingerbread barn decorating programs throughout the year.

Because public libraries are often built in a central location in a small town — the Williamsburg Public Library is located on the town square — rural libraries can serve as a vital location for everything from voter registration sites to charity food drive drop-off locations. Indeed, the Louttit Library is the central drop-off site for the town’s holiday gift drive and canned food for charity drives throughout the year.

All libraries are essential, but especially in rural communities, libraries play a significant role in educational programming, the delivery of resources, and community building. For more reading on the subject of libraries and community, check out these Book Riot posts about summer programming and mobile libraries.