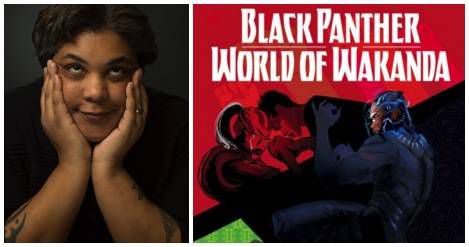 Coates suggested Roxane Gay after remembering a zombie story she read at a conference (which you can read right here, courtesy of Guernica Magazine). Gay will be writing with poet Yona Harvey, and as Comics Alliance notes, this will be the first ever title at Marvel written by black women.

It’s extremely exciting news, as you can tell from the many muppet-arm responses across the Internet, but also long overdue.

Congrats to Gay, but again: look at what it takes for a black person, a black woman to write for Marvel

If you haven’t yet picked up Coates’ Black Panther run, you should definitely get cracking. Gay’s first issue of World of Wakanda will likely be published in November. And now, if you’ll excuse me: