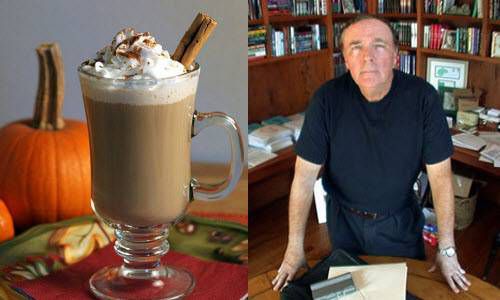 Overwhelmed by all the #1 issues DC put out last month? Never fear, small friends: I have read them all, and I’m here to guide you. Here’s my advice:

All-Star Section Eight by Garth Ennis, John McCrea, and John Kalisz: A threat is gathering, and drunken slob Sixpack must gather up the pathetic heroes of Section Eight to meet it – but they’re a member short. Enter Batman for this issue’s best sequence, which gives us a different historically iconic Batman in every panel as he protests a parking ticket. Pick up if you love: Mad Magazine and Ren and Stimpy.

Bat-Mite by Dan Jurgens, Corin Howell, Andres Ponce, and Michael Atiyeh: Fifth dimensional imp Bat-Mite takes it upon himself to “improve” the heroes of the DCU, starting with a very fed-up Batman. The script offers a few chuckles but Howell’s adorably squishable Bat-Mite is the real selling point here. Pick up if you love: A+ cartooning and metatextual humor.

Batman Beyond by Dan Jurgens, Bernard Chang, and Marcelo Maiolo: Springing out of Future’s End, a new Batman fights for justice in a dystopian future – a raggedy comicsverse interpretation of the titular TV show. But this isn’t Terry McGinnis – it’s an older Tim Drake, written quite a bit more like his animated interpretation, and guided by Alfred’s voice through his high-tech suit. Chang’s art is fine and his Tim is frankly a babe, but between his very house-style take and regular DC workhorse Jurgens, this book simply doesn’t have any of the imaginative twists I’d like to see in a futuristic Gotham. Pick up if you love: the idea of a Terminator sequel starring #HotTim.

Bizarro by Heath Corson, Gustavo Duarte, and Peter Pantazis: Hoping to stop Bizarro’s “helpful” rampage through Metropolis – and score a book deal about his adventure – Jimmy Olsen decides to take his new best friend on a road trip to Canada. Shenanigans, predictably, ensue. I adore Jimmy and Bizarro and they make a delightful odd couple, especially thanks to Duarte’s brilliantly cartoony designs and fantastic reaction shots. Pick up if you love: buddy comedies or Looney Tunes.

Black Canary by Brenden Fletcher, Annie Wu, and Lee Loughridge: Dinah hits the road as the frontwoman for “the most destructive band in America,” but trouble has a way of finding her. This messy, moody, totally punk rock book looks like nothing on the stands and Dinah’s angry, reluctant heroism and quirky supporting cast are fab. Pick up if you love: rock and roll. And put another dime in the jukebox, baby.

Constantine: The Hellblazer by Ming Doyle, James Tynion IV, Riley Rossmo, and Ivan Plascencia: John Constantine fights a demon, flirts with a boy, sleeps with a girl, and fights another demon. Pretty sure that’s exactly what John Constantine fans want, so well done, team – and the twist at the end is a great hook to keep readers coming back for issue #2. Some gorgeous layouts from Rossmo, especially when Constantine’s descending into a Hell-themed nightclub. Pick up if you love: Buffy, bisexuality, and British badasses.

Doomed by Scott Lobdell, Javier Fernandez, and Kyle Ritter: College student Reiser thinks his internship at STAR Labs is great…until exposure to weird gunk has him turning into Doomsday at random. This isn’t a bad book, but compared to the truly inventive concepts and art on display in the rest of the lineup, it’s not particularly noteworthy either. Pick up if you love: the idea of a young, DC-style Hulk.

Dr. Fate by Paul Levitz, Sonny Liew, and Lee Loughridge: Floodwaters are rising in Brooklyn, and med student Khalid Nelson thinks it’s just another Hurricane Sandy – until a golden helmet in the Brooklyn Museum speaks to him and tells him that he must take the mantle of Dr. Fate to stop Anubis from destroying the world. The choice to make the new Fate Egyptian-American was brilliant. Liew’s scribbly inks and desaturated colors give Khalid a moody, dreamlike Brooklyn, and the burst of bright color when he puts on the mask is breathtaking. Pick up if you love: Ms. Marvel, and we all know you do.

Earth 2: Society by Daniel Wilson, Jorge Jimenez, and Anthony John Rauch, Jr.: Spinning out of the conclusion of Convergence, the heroes of Earth 2 – primarily Dick Grayson, Huntress and Power Girl, and Green Lantern, at least in this issue – try to build a new life on their new planet. I read all of Convergence and I still have very little idea what’s happening here; there are some interesting twists on familiar characters, but I’d like about 200% more context. Pick up if you love: the New 52.

Green Lantern: The Lost Army by Cullen Bunn and Jesus Saiz: John Stewart, Guy Gardner, Arisia, Kilowog, and a couple other Lanterns find themselves lost in space with Krona, the mad Guardian, and rapidly depleting ring energy. I haven’t been following the GL books in ages and had basically no idea what was happening, but who cares when there’s Saiz art to gaze upon? Pick up if you love: Lanterns who aren’t Hal Jordan being sexy badasses.

Harley Quinn and Power Girl by Amanda Conner, Jimmy Palmiotti, Stephane Roux, and Paul Mounts: Our headlining heroines find themselves in a madcap outer space caper, full of puns and double entendres. It’s exactly like Harley’s solo title, but in space, and with Power Girl. Pick up if you love: Harley. SO much Harley. All the Harley.

Justice League 3001 by J. M. DeMatteis, Keith Giffen, Howard Porter, and Hi-Fi: In the distant future, a new version of the Justice League forms to defend the galaxy – but they’ll have to stop bickering first. This spiritual successor to the JLI of the 1980s (and literal successor – half a dozen JLIers have managed to make it to the future one way or another) is hampered by a dearth of action and some transphobic humor. Pick up if you love: Tongue-in-cheek takes on DC’s most sacred cows.

Justice League of America by Bryan Hitch, Andrew Currie, Daniel Henriques, Wade von Grawbadger, and Alex Sinclair: While the rest of the JLA battles Parasite, Superman encounters an enigmatic scientist who tells him that his death is coming soon – and with it, the death of their universe. This book is self-consciously epic but takes a very long time to get around to anything happening besides exposition and a shockingly incompetent JLA punching Parasite. The last page twist is great, though. Pick up if you love: DC’s animated films – this book is for sure on the short list for adaptation.

Martian Manhunter by Rob Williams, Eddy Barrows, Eber Ferreira, and Gabe Eltaeb: Everything we know about J’onn J’onnz is wrong – and as shapeshifting Martians commit a series of horrifying murders around the globe, we’d better hope he’s on our side. Barrows’ gorgeous pencils and Eltaeb’s moody, desaturated colors set a beautifully spooky tone to this book, which walks a fine line of being scary as hell without being gory. Pick up if you love: tortured heroes and sci-fi noir.

Midnighter by Steve Orlando, ACO, and Romulo Fajardo, Jr.: Midnighter’s just trying to beat up terrorists and bang cool dudes, but his attempt at a halfway-normal life goes haywire when someone steals a slew of weapons from the God Garden – along with the secrets of Midnighter’s past. ACO’s layouts are absolutely breathtaking; each page turn brings another innovative twist on comics storytelling. And Orlando imbues Midnighter with all the grudging loveableness of a stray dog that doesn’t mean to be bad. Pick up if you love: Batwoman: Elegy and The Fifth Element.

The Omega Men by Tom King, Barnaby Bagenda, Jose Marzan, Jr., and Romulo Fajardo, Jr.: I have no idea what is happening in this book. Some stormtroopers are sent to capture or kill a ragtag bag of alien outlaws, but the outlaws win. We’re not given much of a reason to care either way, and there’s a super-gross panel of a head exploding for some reason. Pick up if you love: Guardians of the Galaxy, but wish it had more violence and fewer jokes.

Prez by Mark Russell, Ben Caldwell, John Lucas, Mark Morales, and Jeremy Lawson: In the near future, where corporations can hold office and votes on Twitter count towards the presidency, a viral video launches down-on-her-luck teen Beth Ross into the Oval Office. Sharp political satire, a brilliantly creative visual landscape, and an engaging heroine? Yes please. Pick up if you love: Clone High.

Red Hood/Arsenal by Scott Lobdell, Denis Medri, Richard Horie, and Tanya Horie: Roy and Jason double cross the FBI while bickering about their relationship. The costumes are awful and the plot is paper-thin, but if you want two former sidekicks pretending not to be in love, this is your jam. Pick up if you love: Royson? Toddper? Red Harsenal? Come on, guys, what’s the ship name?

Robin: Son of Batman by Patrick Gleason, Mick Gray, and John Kalisz: Damian Wayne decides he must atone for the sins he committed as an al Ghul before joining the Batfamily. I like Damian a lot but I haven’t followed his story closely and I have absolutely no idea what’s going on in this book. Still, Gleason’s art is gorgeous. Pick up if you love: ninjas, monsters, and stories about conquering one’s personal demons. And also real demons.

Starfire by Amanda Conner, Jimmy Palmiotti, Emanuela Lupacchino, Ray McCarthy, and Hi-Fi: Bubbly alien princess Starfire decides to make a new life for herself in scene Key West, Florida, but she doesn’t exactly fit in with the locals. This first issue starts off a little slow, but Kori’s sweet as pie and the art is beautiful, so I’m willing to stick with this series for a while. Pick up if you love: 80s Starfire, animated Starfire, and/or goodnatured bedroom farces.

We Are…Robin by Lee Bermejo, Jorge Corona, Rob Haynes, Khary Randolph, Emilio Lopez, Trish Mulvihill, and David Self: In the wake of yet more cataclysmic upheaval in Gotham, the city’s teens kick off a grassroots superhero movement connected via social media. The first issue introduces us to Duke Thomas: smart, angry, and on the hunt for his missing parents. Explosive, kinetic art and a solid voice make this an engaging character study, and I can’t wait to meet the rest of the team. Pick up if you love: urban YA about smart teens and social justice.

So which #1s did you read, and which #2s are you looking forward to this month?