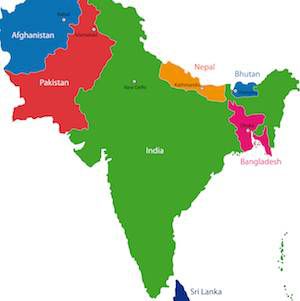 I keep a pretty close eye on what all the major (and the large independent) publishers are doing. A few times a year, I’ll sit back with their catalogs, looking at what’s coming out and making note of what I want to read and what books I’m interested in.

We’ve covered the diversity issues in mainstream publishing before, and lately I haven’t been thrilled with the breadth of South Asian literature that mainstream publishers are putting out. There have been a few interesting novels here and there, but these books are often (a) by big name authors (think Salman Rushdie or Jhumpa Lahiri), (b) difficult if you’re looking for lighter reads or novels that don’t fall into the literary fiction category (The Last Taxi Ride by A.X. Ahmad, a great crime thriller that was released earlier this year, is a rare example of this), or (c) both.

So, if you’re looking for South Asian novels, where do you go? The surprising answer? Very small, independent, and often ebook-only publishers. It seems as though these publishers are taking risks where the mainstream publishers aren’t, putting out quality South Asian fiction that doesn’t necessarily fit into any mold.

For any minority author, discoverability is a HUGE problem, and that’s even more the case when it comes to these smaller presses. I’ve collected a few titles and publishers for you; if the books listed below don’t intrigue you, take a second to look through the huge selection on each of these publisher’s sites. I have a feeling you’ll find something you’re looking for.

Book Deals Newsletter
Sign up for our Book Deals newsletter and get up to 80% off books you actually want to read.
Thank you for signing up! Keep an eye on your inbox.
By signing up you agree to our terms of use
Shobhan Bantwal
Kensington Books
Paperback and ebook

Kensington Books has published six of Shobhan Bantwal’s novels, and each deals with a different aspect of Indian culture that is difficult or controversial. Her first novel, The Dowry Bride, deals with (you guessed it) dowry, and her subsequent books explore out-of-wedlock birth, matchmakers, immigration, preference for sons, and more. They’re all well-written and easy to read, even when they’re dealing with heavy issues. Kensington’s done well by those interested in South Asian literature; you can bet I’m keeping a very close eye on the upcoming novel A Bollywood Affair by Sonali Dev releasing in October.

(Also, if you’re generally looking for books with minority characters, Kensington has a lot of stories featuring African Americans).

Indireads is a publisher that is dedicated to quality South Asian fiction in all genres and of all types. Romance readers take note: their flagship imprint, Indirom, is a romance-centered line, which is amazing because it is so hard to find romance novels with minority characters. A Newlywed’s Adventures in Married Land features the character of Mythili, who is a strong, independent woman who’s just given up everything to marry Siddarth and leaves everything she knows to join him in the Philippines. This novel promises travel and romance, but if that’s not your scene, Indireads has plenty of other stories to choose from. (I’ll admit I’m very intrigued by Unsettled by Neelima, which seems to be an Indian haunted house story.)

Diversion Books, a new independent publisher that’s trying to set itself apart when it comes to digital pubishing, has an all South Asian all the time imprint in Zubaan Books. [EDIT: Zubaan Books is an Indian publisher, and Diversion Books is their U.S. distributor.] Memoir, romance, historical fiction, biography—you name it, they’ve got it. The breadth of selection Zubaan Books has is really surprising, and more than one of these titles has jumped out at me. The Missing Queen is a modern-day retelling of the Indian myth The Ramayana, turning this classic story into a page-turning thriller.

Bookouture is another independent digital publisher (that also publishes in paperback for the print-minded among us), and they feature author Renita d’Silva, who has three novels under her belt now. The Forgotten Daughter is her second, and it’s a touching story about a young Indian woman who learns that she was adopted after her parents die. It deals with many interesting issues, as do all of d’Silva’s novels. Bookouture’s philosophy is quality over quantity; they limit the number of books they put out each year so they can make sure that each is the best it can possibly be. I think that’s a mission we can all get behind.