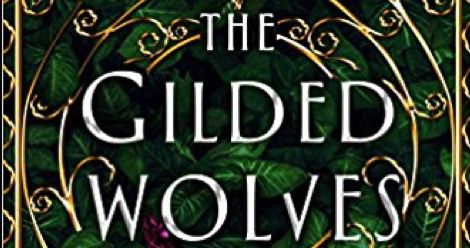 Sometimes you start reading a story and within five pages you sit up, enchanted and a bit stunned at how easily the characters have wrapped you up in their lives. In The Gilded Wolves, Roshani Chokshi introduces an ensemble cast that does exactly this as they embark on a magical hunt through the streets of Paris in 1899, with a deft and clever hand. We spoke with Roshani about favourite myths, developing and balancing individual characters within a larger cast, and finding oneself on bookshelves. 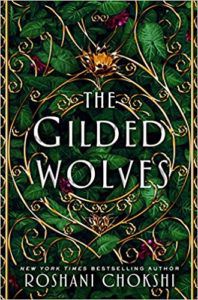 The Gilded Wolves has many references to stories often considered myths or legends today. What was your favourite myth growing up, and has adulthood changed the way you see that story now?

I have SO many favorites…that I feel compelled to give my top 3! My favorite Greek myth growing up was the story of Hades & Persephone, my favorite Hindu myth was the story of Shakuntula, and my favorite Filipino folktale was of The Skymaiden! It’s interesting because I think adulthood had made me reevaluate the language and negotiation of power between men and women. In the retellings that have grabbed hold of my heart, I love versions where, for example, Persephone makes the choice to become queen of the underworld. I’ve chosen to rethink stories I used to find weak, like Cinderella. I thought she was a doormat for being rescued, but the true strength of her power was in choosing to love despite hardship and betrayal from the people who should’ve cared for her. Basically, it’s made me rethink what strength means.

Writing a heist story can involve juggling several different subplots and puzzles, not to mention the myriad interactions between characters as they work their way through a heist. How did you find your way into the heist planned by Séverin and his team, and were there any particular challenges along the way that stumped you as an author?

I like to think of it more as a treasure hunt than a heist…to me, a heist is GO IN, GET THE THING, GET OUT. But a hunt is a bit more of a mystery, a process of unveiling. The Gilded Wolves kinda switches between the two, and the way I found my way into their adventures was thinking 1) what does the reader need to know and 2) why does this matter on an emotional level to the characters. I’ve never written an ensemble cast like this and it was a huge (and hugely rewarding) learning curve for me. Writing a chapter from one POV became a process of learning layers because it wasn’t just about the character whose head I was in but how they thought of the characters around them; the nuances in their relationships to each other, and also what they knew about each other. An ensemble cast is an act of balancing how much people know of each other’s secrets.

Enrique’s Spanish-Filipino heritage plays a huge role in the person he is and who he wants to become, especially in relation to the Ilustrados, who I don’t think I’ve ever seen mentioned in a YA book (from the Big Five) before. What drew you to include this part of Filipino history?

For one thing, my mother is Filipina, and I’ve felt it’s long overdue that I start actively celebrating that part of my heritage in my stories. For another, the history of Filipinos in the United States is one of the ways in which I found my way into the thematic heart of The Gilded Wolves. I was particularly drawn to—and horrified by—an NPR story I’d heard awhile back about the Filipino human zoo that was the primary attraction of the 1904 St. Louis World Fair. I wanted to explore the pre-independence movement of the Philippines, the point at which many Filipinos began to push back against their second-class citizen status in Spain. Most importantly, I wanted to explore the psyche of a character like myself. Someone who belonged to two worlds. Someone whose privilege helped them pass amongst a society that would normally treat them with disdain. Where does your loyalty lie? Who are you?

Laila and Zofia are beautifully layered characters, and they help illustrate the wide spectrum of what women can be. What was your favourite thing about writing their stories?

Thank you! I loved writing Zofia and Laila. They’re women with heart, women with different kinds of strengths. With them, I wanted to widen what we consider the “strong female of YA.” These are not girls who can “do it all,” but what they do, they do exceptionally…and not just because of some preternatural inclination (which is wonderful too) but because they worked really freaking hard at it. My favorite thing about writing them was their interactions with those around them, people who might be confounded/smitten/intimidated by their particular strengths…and even their weaknesses.

You’ve talked about the importance of drawing in as many voices as possible into storytelling to help widen diverse representation. What books/authors have made you feel represented in literature, and how have they influenced your own writing?

I am a huge fan of Sandhya Menon (When Dimple Met Rishi), Alyssa Wong (who is the author of many award-winning short stories), Melissa de la Cruz, Sayantani Dasgupta (Kiranmala and the Serpent’s Secret). The first book I ever read where I saw myself was Lloyd Alexander’s The Iron Ring, and even though it’s not an #ownvoices story, it was the first time I felt like someone was celebrating where I had come from. I also really loved that Libba Bray had an Indian love interest in the Gemma Doyle trilogy. It made me feel beautiful for the first time, and I will never forget that. To me, all these authors have influenced my writing by making me question the aspects of a story I include and how I challenge them.

You once mentioned that you’d love to see The Gilded Wolves as a miniseries. Do you have a dreamcast in mind, or one or two particular scenes you’d be ecstatic to see played out in a show?

Ughhhhh omg please Rami Malek, pleaaaase be Séverin Montagnet-Alarie!! For Laila, someone South Indian, like Lakshmi Menon. For Enrique, someone like Darren Criss maybe? Sigh! So many options! I think my dream scenes to witness would be anything that takes place in the enchanted Palais des Rêves cabaret, and the gardens of L’Eden.