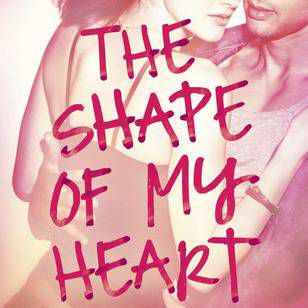 In this giveaway, we asked you to submit the most romantic personal story of your own teenage love. We’ve narrowed the field down to three finalists, each of whom win a set of Ann Aguirre’s 2B Trilogy! Now it’s time for you to vote on your favorite! The winner will receive a $100 gift card to the Book Riot Store. Voting will end 11:59PM EST, Tuesday, December 16th.

He sat behind me in English class my freshman year and played saxophone in the marching band in which I played flute. He was tall with hair and eyes the color of black coffee, with a gentle smile and a quiet (but vaguely dirty) sense of humor.

His name was Kyle and I was smitten with him. We’d flirt back and forth, making witty comments about A Tale of Two Cities and To Kill a Mockingbird. My best friend and I came up with code names for him so that we didn’t have to worry about my adoration being overheard. Adidas after his signature pair of blue striped shoes, Paris because we were reading Romeo and Juliet but we were smart enough to realize that Romeo was not boyfriend material.

I knew he was interested in me. Our band friends assured him again and again that I was interested in him. But alas, he was too shy to make a move and I was too insecure to force his hand. So as any self-respecting fifteen year old girl would do, I proceeded to date one of his best friends (a trumpet player) for the next three years.

Kyle never left my circle of friends, and I had always taken the fact that he and my boyfriend remained good buddies as evidence that he had never been too interested in me in the first place. But we had swam on the swim team together for two years, meaning that I had never quite been able to get his, you know, sense of humor out of my head.

We left high school and I left my boyfriend but Kyle and I managed to stay in the same group. One night I found myself looking at him across a plate of Italian nachos, just the two of us. And he paid.

Another night he wrapped his arm around me at a movie, both of us almost shaking, feeling like this wasn’t allowed but loving every moment.

And yet another night we entwined together on my lofted dorm bed. The credits for one of my favorite movies had ceased rolling over thirty minutes ago, but we stayed in silence, staring up at the ceiling and being joyously content to be touching each other and breathing. I felt his head turn down toward me and I tilted my chin up to meet his eyes before he softly pressed his lips against mine. It didn’t last more than a breath. He pulled away and looked at me with these eyes that were overflowing with wonder. His lips tugged up into a smile and he shook his head, almost in disbelief. Quietly, in my ear, he stated, “I have been wanting to do that for every second of the last four years.”

Jamey and I knew each other through fairly well throughout high school. Even though we went to a large school with over 400 students in our graduating class, it just happened that our last names put us next to each other on most class rosters.

As Senior Year came to a close, most Seniors’ thoughts turned to prom. Prom was a big deal in town and everyone would go, whether or not they had a date. As prom crept closer, I was among those without a date, but really wasn’t concerned. It would still be the social event of the year, the culmination of four years’ of friendships and memories.

One morning, I heard my name behind me as I hurried down the stairs to my next class. “Maggie!” I recognized the voice, “Maggie!” Jamey repeated. “Want to go to prom?”

I was stunned! Go to prom with Jamey? The thought had never even crossed my mind. It must have been obvious to him, as he hurriedly followed up with, “You can let me know later.”

I was distracted the rest of the day. That afternoon I stared at Jamey from across the classroom in our Calculus class and saw him in a new way. For the first time I noticed how his hair nearly touched his long eyelashes. How he worked with a determination and confidence that set him aside from the other boys in the class. How had I been oblivious for the past three and a half years?

I approached Jamey after class and simply said, “Yes.”

That fall, I joined Jamey and his family on a trip for Thanksgiving. After a long day visiting with relatives and playing with younger nieces and nephews, we were finally alone, laying next to each other on the floor of his grandparents’ home office. The house was finally quiet, and the only light in the room was the blue glow of the computer monitor in the corner.

“Do you ever remember your dreams?” Jamey asked as he absently stared at the ceiling.

He turned to me. “Lately, I’ve just had one. I dream of us. We live in a house with a white picket fence, we have our own kids, and a dog.” He paused. “Do you want a dog?”

I was speechless. Jamey had never been vocal about his emotions, now this? I paused for a second and realized that the dreams I had while I was asleep really didn’t matter. This was the dream that mattered.

The following day, we piled in the car with his brother and sister. At some point, while Jamey was driving I dozed off in the back seat. When I awoke, I realized we must have stopped at some point. Jamey’s brother was driving, and Jamey was fast asleep next to me, breathing deeply and with just the hint of a smile on his face.