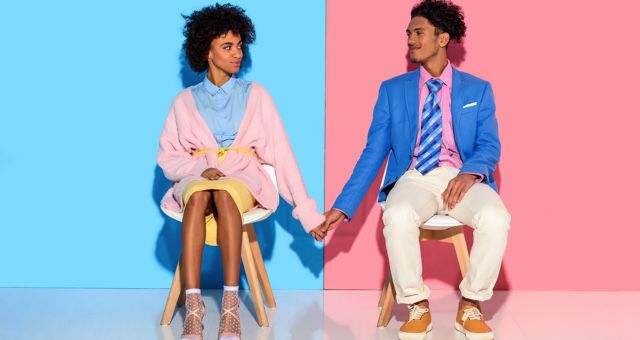 On a steamy day in June, Jackson is stuck delivering food for UberEats. He’s barely slept because he was up all night driving for regular Uber and accepting jobs on TaskRabbit; all he wants to do is pay off his student loans. He’s about to call it quits for the day when Jamie appears at the door to collect her $19.99 worth of Chinese food. He swoons and fears he may faint from exhaustion combined with swooning. Jamie notices that he looks dizzy. She invites him inside to cool off with a kombucha and things get steamy when they start talking about SCOBYs.

Janelle is tired of meeting guys on Tinder who only want one thing. Her friend suggests she try Hinge instead and she goes out with Jason, a software engineer. They get married and have three babies, but Jason’s true nature is revealed when he insists they not vaccinate their kids. Eventually Janelle leaves him and vaccinates her kids. She meets Mark, who turns her on way more than Jason ever did despite his Dad bod, and he becomes a supportive stay-at-home parent to her three kids while she runs a pro-vaccination campaign in her rural community.

Carly meets Don in the Netherlands, where she is WWOOFing. Carly is suffering from extreme loneliness when she finds Don on Instagram—he is the only other person using the hashtag #NineMonthsinNetherNetherland. They spend the rest of their time abroad together, embarking on romantic adventures all over Europe. They hit a rough patch when #NineMonthsinNetherNetherland fails to hit it big on travel social media, but eventually co-found an exercise vlog for couples. They live happily ever after in Cincinnati.

David is learning Spanish because his mother wants him to “get in touch with his roots” when he meets Juan, a Spanish tutor at the local library. After some late night trysts in the stacks, Juan confesses to David his one true ambition in life: creating a Spanish-language app. “But you work in a library,” says David. “I know,” Juan whispers. David has just accepted a Marketing Manager position for the library system and must now decide between his profession and Juan, whose technological ambitions could jeopardize the library’s Spanish language offerings.

Brody has been invited to sixteen different pre-wedding events for his best friend’s nuptials, each with a +1. He’s desperate not to show up to the “Pre-Wedding Luau Part II: Get Lei’d With Us Before We Get Maui-ed” party alone. He DMs his biggest celebrity crush after one too many Hawaiian Punches. Mary had given up on finding love in Hollywood when she sees Brody’s DM. She decides on a whim to write back, and eventually agrees to go with him to the wedding the next day, just to piss off her ex. They end up having a magical evening together and Mary eventually gets Brody a guest role on the reunion of Lost. And bonus: it’s filmed in Maui! They spend the rest of their days getting lei’d.

Jeanette and Jane go on vacation together to the coast of Nebraska. They met caring for their parents in the Lyme disease wing of the hospital and forged an intense bond during late night discussions about Deet, citronella, and the slow flooding of the United States. While they are in Nebraska, a tropical storm hits and floods their Airbnb. They get separated and all Jane has to go on is that Jeanette marked herself safe on Facebook 17 hours ago. Can she get back to her beloved?