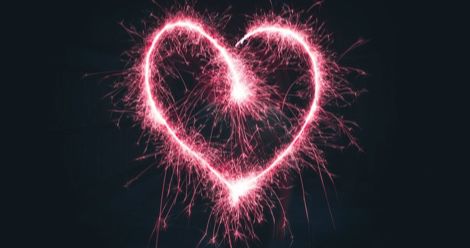 This afternoon, after buying a new pair of running sneakers, I went to the Barnes and Noble across the street and went upstairs. Their YA fantasy section spanned at least three shelves, and I marveled at all the sparkly covers. They all spoke of different authors, some I remembered and some I didn’t.

I was not a romantic in high school, the age when I mostly read YA. My idea of “cool” was not giving in and falling for people that I disliked. But I was okay with the idea of fictional love. In YA fantasy, it seemed more possible with the magic. Meg Cabot was probably the queen of romance and still is.

As an adult, I can appreciate the romance in YA fantasy more. Especially in the wake of the grim and gritty fantasy in both YA and adult fantasy.

My goal is to not name the books that failed at YA fantasy romance and instead to praise the ones that have. Maybe in another post I’ll go into my salty pet peeves, but for today I’ll only name the titles I liked and allude to pet peeves in plots.

Here are some ways that romance can work in the YA fantasy genre when done right:

All stories have conflict. A character getting everything they want doesn’t get a story, they get a wish fulfillment. Even so, you want people to root for your characters getting together. They are facing hurdles, not red flags. 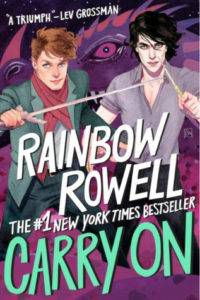 Carry On by Rainbow Rowell has one of the most believable roadblocks. An homage to Harry Potter fan fiction, Carry On is supposedly fanfic of the last Simon Snow book that writes the ending which fans would prefer. In canon, Simon gets together with his girlfriend Agatha. In the novel, Agatha breaks up with Simon because she wants to be more than his girlfriend. A new love interest comes in: Simon’s vampire roommate Baz.

Baz doesn’t want to like Simon, at first. He’s been trying to get rid of him for several years. His family also wouldn’t approve of him falling in love with a magical nobody, let alone one of the same gender. But his barriers break down as he starts showing more kindness to Simon, and eventually trust. His family also accepts Baz’s coming out, and his choice of love. It helps that they all gain a common enemy and have to fight together.

This is a pet peeve of mine. While it’s good to see characters change over the course of a story, they shouldn’t lose themselves in another person. That’s not healthy. You should not have a love interest that dominates who you are.

In one YA paranormal book, the main character starts as a polymath that sees a bright future in college. After several hundred pages of talking with her vampire fiancé if they actually have a choice in their future, she gives up the math after a traumatic experience and flies after him to talk him down from a dark path. Her parents try to bring up math and college, but by then she’s far gone.

We also have the infamous book, where our protagonist starts out independent, wanting to give her divorced parents space and seeking out her own interests. That quickly goes downhill after she starts dating her love interest, and she only thinks about him. No more driving to bookstores in the winter. No more worrying about snow tires. Because it’s love.

Don’t do this, unless you are creating an abusive situation on purpose and acknowledge the situation isn’t healthy. In a relationship, partners should acknowledge each others as individuals.

Vampires and immortals are obviously the exception to age differences being an automatic deal-breaker. We know that in a story where the protagonist is a teen and their love interest is immortal, or vice-versa, we have to handle the extreme age difference. And as long as the power balance or imbalance is addressed, then we can believe in the story.

Meg Cabot is good at writing about immortal or undead love interests, in her Mediator series and Abandoned trilogy. In the former, Suze Simon isn’t interested at first at the ghost haunting her room even though he is, in her words, “hot.” Ghosts are a problem for her because they need mediating to move on to the next world. Jesse just wants Suze out of his hair, and not seeking trouble. That changes when they work together to solve some ghostly mysteries, and he admits her impulsiveness is a double-edged sword in that it endangers her but also saves lives. Suze comes to like sharing her bedroom with a former farmhand who wanted to go medical school, and wouldn’t even think of exorcising him unless he wanted. She says she’ll let him go if that’s what he wants, and he says he’ll leave to respect her wishes. They communicate and treat each other as equals, even though Jesse can’t get hurt by other ghosts, while Suze can.

The Abandoned Trilogy takes a risk in that John Hayden, aka ruler of the Florida Keys underworld, starts out the series as a violent, entitled jerk. When Pierce dies by drowning, she ends up in his underworld, and he dresses her up in a nice gown and says she can stay forever with him in his fancy palace. Understandably, she tosses tea in his face and takes the first opportunity to return to life. Every time they meet again, he acts violent, entitled or mean, she tells him off for it, especially with how he robs her of agency to “save” her from Furies. She finally puts him in his place by saving him in the third book, and recruiting his crew from the underworld to help. John and Pierce only reach an understanding when they compromise that she can rule the underworld with him, but they get a time-share in the human world and spend time with her very not-dead family, and he cannot act entitled towards her. John is forced to see Pierce as an equal, and not just as a damsel or love interest. She has wants and needs, as a human being.

In some cases, however, readers will get weirded out by age differences, or say in teacher-student romances. I’m not talking about if one protagonist is eighteen and one is sixteen; some gaps can be a decade long. In two cases, otherwise well-written fantasy books ended with the protagonist marrying her teacher. Two different authors, mind, and beloved writers in the American fantasy canon. But it feels very weird. You have to address the power imbalance.

This goes both ways for gender. If you want a healthy YA romance that we can believe in, then you need to create a romance where the characters surmount the obstacles and become equals, if they don’t start out on equal footing. Each party also needs to know the meaning of the word “no” and to not belittle interests, if they are meant to get a happily ever after or happy for now. They shouldn’t need someone who loves them to make a change in their character.

It’s all right to write YA fantasy with creeps who engage in romance. We have countless examples of why we need those stories. Just don’t expect us to accept it as a happy ending or as okay. Readers know better. At least, most do.

We know the story that tried to justify the creep factor and romanticize it. I’m not going to name it, but we know it. People called out the author for her idea of a “happy ending.” Even when the genders were reversed, the creep in question was still a creep. 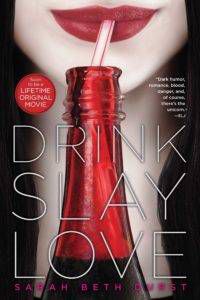 Drink, Slay, Love had an interesting case where the protagonist, a vampire named Pearl, is the creep. She hypnotizes the local ice cream boy into eating ice cream she buys and then sucks his blood on his breaks. Her boyfriend isn’t much better. After a bad encounter with a unicorn, however, Pearl gains a conscience and the ability to walk in the sun. She realizes that she’s doing horrible things, and crosses the line in what seems to be an unforgivable fashion. At the same time, she understandably gets mad on learning why the unicorn attacked her, since it made her life more complicated. Pearl doesn’t know why anyone would want to redeem her, and decides to fight for what’s right not because she wants redemption, but to actually do good. She also breaks up with her boyfriend.

I’m not a fan of love triangles. They’ve been and overdone, and I’m over them. But if you are going to put them in, add a twist. Make us believe in something different. Betty and Veronica dating Archie can be fun, but nice Betty and wealthy Veronica done with nothing new can annoy a reader.

One example is switching the roles of who is and who isn’t Betty, Veronica, or Archie. This trope is called the Betty and Veronica switch, per TV Tropes.  Carry On, to reference it again, puts a spin on the love triangle using the Betty and Veronica switch. Simon loves Agatha, who seems torn between him and Baz. Only Baz doesn’t like Agatha; he just flirts with her to annoy Simon, because he’s not ready to admit he loves his roommate.

I Shall Wear Midnight is another story that destroys the love triangle. The witch Tiffany Aching has had a long-standing friendship with the local Baron, a nice guy named Roland. His fiancée worries about that bond, however, and inadvertently casts a spell to make everyone hate Tiffany and view her under suspicion. When Tiffany confronts her, however, the girl is forced to admit that it was a reckless thing to do, especially with a malevolent spirit nearby. Tiffany also has no interest in marrying Roland, and her romantic eye wanders toward someone else, so she helps Letitia come into her own and become the Baroness she’s supposed to be, with magic on the side.

We read YA fantasy for the magic, and we want the romance to be magical as well. At least, I prefer that sort of escapism.