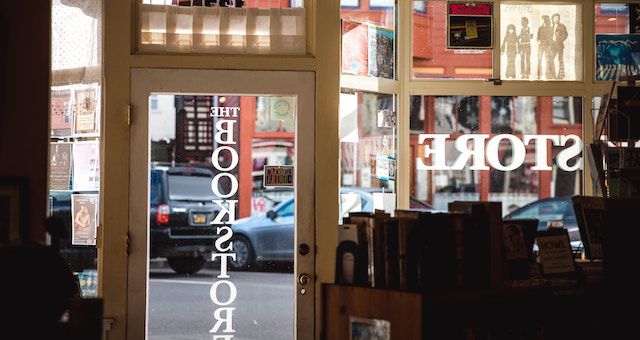 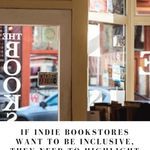 I’m spending several months traveling around the United States this year, and one of the best things about it is the chance to visit independent bookstores. I love seeing the different collections stores have, the local touches they include in their space, and the way they fit as a part of a community.

But seeing all of these stores has also been incredibly frustrating at times. Many of the bookstores I’ve visited don’t have a romance section, and some of them don’t even carry romance titles. Mysteries are everywhere, fantasy occupies lots of shelf space, and if you’re looking for YA or middle grade titles, indie bookstores across the U.S. are here for you. But romance lovers are often out of luck. 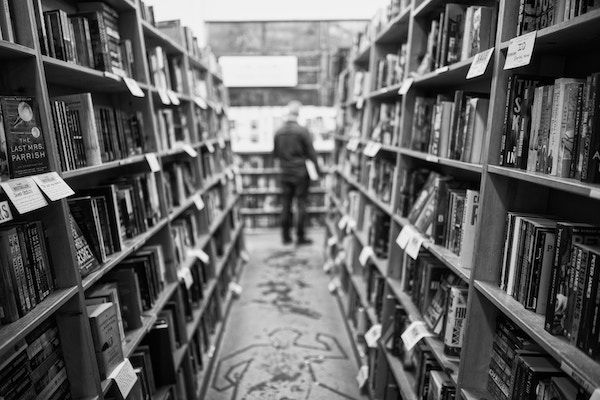 It’s been difficult for me to understand why, so every time I find a bookstore without a romance section, I ask about it. The conversation has almost always gone something like this:

Me: Excuse me, I’m having trouble finding your romance section. Do you have one?

Bookstore employee who had the misfortune to be behind the counter that day: Oh, no, actually we don’t have a romance section. Is there a particular title I can order for you?

Me: No, thank you, I was just going to browse for a new read. But can I ask you, since I can’t help but notice that you have a thriller/SFF/true crime/new release young adult paranormal section, why is it that you’ve made space for all of those other genres, but not romance?

Employee: Uh, you know, I think maybe it’s just not really something our customers read.

Me: Really? That’s odd, since both the Books-A-Million across the river and the library down the street have at least a dozen shelves full of genre romance.

Me: So, somebody in this city is reading romance. And a different store is making money off of it.

At this point, I usually take pity on and respond with a polite but unimpressed “ah,” though I occasionally point out that the store has managed to find space for MMPs by James Patterson, Stephen King, Lee Child, and their ilk. Once, when I was feeling particularly irritated by the conversation, I told the employee that they should feel free to contact me if they wanted a list of bestselling romance titles available in trade paperback. (You may be shocked to learn that no one from that store ever contacted me.)

Believe it or not, I don’t actually press the issue just to pester the generally very nice employees of indie bookstores. I do it in part because I’m genuinely confused by the decision—romance is one of the bestselling genres, after all—and also because I think there’s a slim chance that someone asking the question might push the people making decisions about what’s in stock and highlighted at these stores to think more about why they’re disregarding romance.

The displays and titles in almost all of the indie bookstores I visited showed that, in many ways, they are progressive, inclusive places. But I would argue that a store can’t be fully inclusive if they neglect the one genre in which writers are overwhelmingly non-male. Like much of the publishing industry, romance has a very real inclusion problem of its own, but it’s still the genre in which you’re most likely to find stories that end happily for characters of all genders, races, sexualities, abilities, cultures, and body types. I ask about romance sections at indie bookstores because—whether the message is intentional or not—it says something to me when a store is happy to hang a sign on genres like “Thriller” or “Suspense,” which regularly feature violent crimes against women, but that same store can’t be troubled to spotlight books in which women and nonbinary characters end up happy (not to mention alive).

For what it’s worth, I believe the staff at bookstores when they tell me no one is asking about romance titles. I’m very comfortable in my identity as a reader, and even I find it a little intimidating to ask about the romance collection (or lack thereof). The intentional exclusion of romance suggests that a judgement has already been made about romance readers, and it can be uncomfortable to pose a question knowing that there’s a good chance the person answering it doesn’t think much of the books you choose to read—or, by association, of you as a reader.

It’s worth noting that are a lot of great indie bookstores that are already highlighting romance and showing how it can be done. Places like Rediscovered Books in Boise, Idaho; A Room of One’s Own in Madison, Wisconsin; Politics & Prose in Washington, D.C.; and all of the many bookstores that participated in Bookstore Romance Day are serving all readers in a more inclusive way by including a romance section.

And I do believe that others want to do the same thing and might just be uncertain about where to start. Running a bookstore is, undoubtedly, challenging and complicated. There are lots of considerations, and booksellers who don’t have the time to develop any expertise in the romance genre may be intimidated by the idea of curating a romance section.

Good news: that’s where we can help. Below are 13 romance titles bookstores can use to start—or supplement—their romance collections. (Since trade paperbacks seem more appealing to some booksellers, many of these titles are available in that format.) 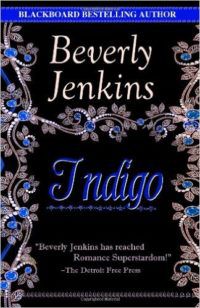 Jenkins is considered by many to be one of the most important romance writers in recent history, and this iconic story about members of the Underground Railroad in Michigan demonstrates why. Jenkins’s deep research comes through in the details of Indigo, lending authenticity to a beautiful love story featuring two smart and courageous characters. 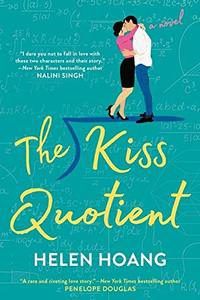 This story about an econometrist on the autism spectrum and the escort she hires to help her navigate her discomfort with physical intimacy is one of the most awarded and memorable fiction debuts the book world has seen in recent years. It’s also a lovely romantic comedy. 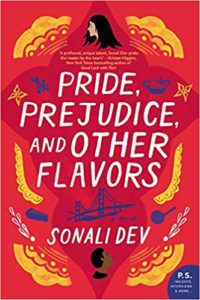 Fun fact: if you’re an indie bookseller, you might already be carrying this excellent present day, gender-swapped retelling of Austen’s classic, since it’s been marketed as a contemporary fiction title. And it is that. But there’s a central love story and a happily ever after, so feel free to pop this one into your new romance section.

Burn For Me by Ilona Andrews 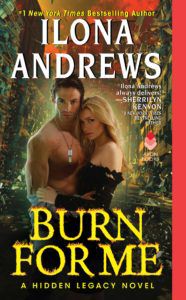 If a bookstore has customers who read books about magic (and most do), they might be interested in books about magic and secrets and families and complicated relationships. Quick tip: based on my experience and the Goodreads ratings, you should probably be prepared to also carry the other books in the Hidden Legacy series—the first one ends on a bit of a cliffhanger. 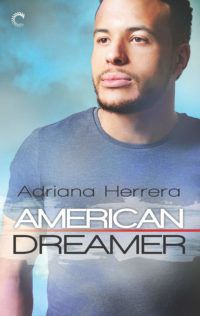 Like many of the books on this list, American Dreamer deals with relevant, current themes. This story of an Afro-Caribbean food truck owner rolling the dice and trying to make his business work in Upstate New York (where he meets a local librarian) deals with issues of identity, success, and culture—things lots of readers have on their minds these days.

Slave to Sensation by Nalini Singh 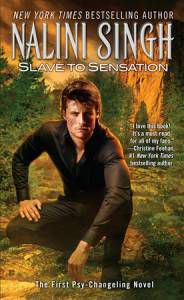 Sci-fi readers looking to dip a toe in the romance world should consider immersing themselves in the widely acclaimed Psy-Changeling series. Slave to Sensation can also stand alone, but most readers have a hard time walking away from the world Singh has built in which the emotionless Psy are on the verge of war with the far more volatile Changelings. (You can probably guess where the love story comes into play.)

All of Cole’s books are wonderful, but this one might be my most recommended romance for non-romance readers. It’s short, it’s pretty light on sexual content, and most importantly, it’s an important story of a young Black activist and a Jewish boxer trying to find—and fight for—their place in the United States of the early 1960s. 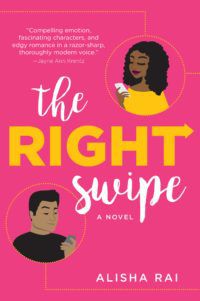 The Right Swipe highlights Rai’s ability to write complex, rich characters. The story—which deals deftly with the aftermath of workplace harassment, brain degeneration in professional football players, and the culture and lingo of online dating—is also timely and relatable.

Anyone who thinks that historical romances have to include cranky alpha dukes or cold, distant nobility hasn’t met Robert Blaisdell, the Duke of Clermont. Robert is sweet and earnest, though he’s been shaped by an emotionally abusive upbringing. Minnie Lane is quiet and unassuming, in part to hide the secrets of her own past, and the meeting of the two kicks off a story that is clever, heart-wrenching, and lovely.

Romancing the Duke by Tessa Dare 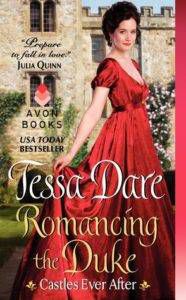 You could actually pick any Tessa Dare title for your store, but this is the one that turned me into a fan of historical romance. Dare is one of the best romcom writers working today, and this story of a determined woman, a cranky duke, an ermine, and a charming group of LARPers will appeal to anyone looking for a lighthearted love story. 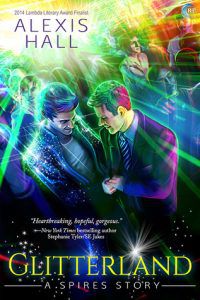 Romance often gets dismissed by people who think the entire genre lacks substance. But Glitterland is one of the (many) great romances out there that serve the important purpose of reminding audiences that happy endings are for everyone. In this case, that includes Ash, a flawed writer who is struggling with mental illness, and Darian, the joyful and kind aspiring model Ash is hopelessly drawn to. 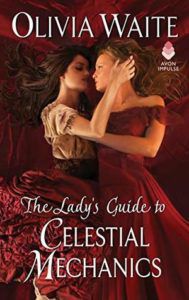 In addition to being a beautiful love story, The Lady’s Guide to Celestial Mechanics serves as a gentle reminder that women have been doing important STEM work since long before they were credited for it. Reading along as Catherine and Lucy push back against the patriarchy is as satisfying as seeing the pair transition from research partners to friends to lovers. 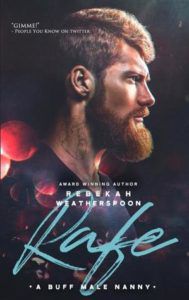 Rafe was marketed as a “hot male nanny” book—and it’s definitely that. But it’s also a well-written and low-angst story about the mutual attraction between a successful doctor and the skilled caregiver in charge of her young daughters.

Indie booksellers would be doing their readers a service by at least giving some of these books (or others if they prefer) a try. People deserve to know that happy endings exist for all kinds of people. Besides, if Wisconsin’s Fair Isle Books and Gifts—a shop on an island with a population of fewer than 1,000 people that can only be accessed BY FERRY—can find space and enthusiasm for a romance section, maybe it’s time for other shops to clear a few shelves.