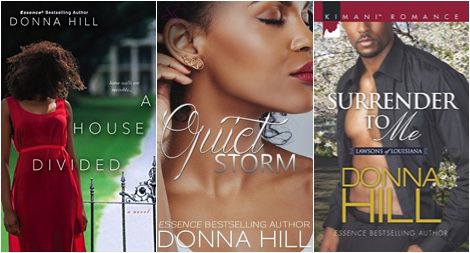 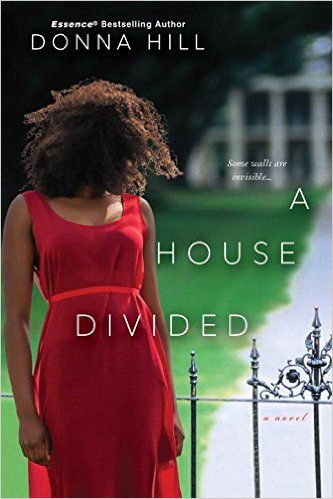 Donna Hill is a well-known author (award-winning and a bestseller!) in the romance community. Her first novel was published in 1990, and since then she has released so many romantic stories that make readers fall in love. More than fifty novels later, she has one upcoming book and a series that I recommend readers write down: Confessions in B Flat and The Innkeepers series. They will be published by Entangled Amara and you can expect the first one to come out in Winter 2020.

Ms. Donna was kind enough to agree to answer some questions. I loved the time I spent talking to her, talking about her upcoming titles, her inspiration behind the novels, and the changes she has seen in romance fiction. Hopefully you all enjoy this conversation and pick up everything by her if you haven’t read anything before!

Silvana Reyes: Hi Ms. Donna. It’s an honor to have you here and be doing this interview with you. Could you tell us a bit more about your upcoming book, Confessions in B Flat?

Donna Hill: Confessions in B Flat was a kernel of an idea several years ago. In its original form it was a story about two people who meet at a club called B Flat. (I have no idea where the name came from). I envisioned (at the time) that the main characters would be performance artists, but had different approaches and different political beliefs. That’s all I really knew. However, the idea sat in my files for a long time, while I worked on other book projects. But it was always in the back of my mind. With the current political climate, combined with my interest in the Civil Rights era, Confessions in B Flat began to take on a different shape.

In its current form it is about a young man and young woman during the turbulent Civil Rights era. My heroine Anita lives in New York and is a spoken word artist with very strong views. She follows the ideas of Malcolm X and expresses the ideas of self determination in her poetry. My hero Jason travels from Atlanta to New York determined to spread the teachings of Dr. King.

The clash and the attraction between Anita and Jason is combustible, but as they grow closer they also realize how different they are and struggle with how they will find a common path in the midst of what is happening in the world around them. As a backdrop to their love story are real world events from the music and iconic locations of the times to the loss of King, Malcolm X, riots, and protests—which pit Anita and Jason against each other.

SR: What does a multimedia retelling mean?

DH: Well…LOL, the idea is to include original news clips and images as part of the narrative and hopefully links for readers to access the work on their own.

SR: About writing a romance book set at a time you lived. Did it make it more difficult as other books you’ve written?

DH: I don’t find the fact that I lived during the time period in question (I was quite young) made it more difficult to write. There is so much information on the time period, that the difficulty comes in with how not to include everything!

SR: What do you love most about your story?

DH: The thing I loved most about this story was that I am able to weave important moments in history around a powerful love story. I am able to tell a story that even in the midst of turmoil people will find each other and that love endures.

SR: When did the idea come to write about a romance between a Martin Luther King mentee and a Malcolm X devotee?

DH: Once I determined that the story would be a period piece (not a historical), I knew as a romance there had to be conflict between my protagonists. It had to be more than something that a conversation could not fix. With King and Malcolm X as centerpieces I decided that the conflict would be that my protagonists would be at odds over ideology. It would seem logical to make Jason a follower of X, however, I wanted to shift that narrative and make Anita the ‘warrior’ while Jason is the messenger of peace.

SR: Now talking about The Innkeepers, I think it’s so wonderful to write a couple falling in love in a period romance (Confessions in B Flat) and then write them again in a contemporary setting years later. What can we expect from this series?

DH: The concept was Kate’s idea to do some kind of connecting series to bring readers over. I thought of the Inn. Couples come to meet, renew, with Jason and Anita interfering just enough to get the right couples together. During the series, readers will get their contemporary story while getting to know Jason and Anita and hopefully cross back over to read their story.

About the romance community

SR: How has been the journey since you started writing romance? Do you think it has changed? In what way?

DH: As a writer that writes about characters of color, I have seen a big change over the years. When I began in 1990 with my first novel, there were less than a dozen romances with African American main characters ever published. There was not a selection to choose from bookstores or libraries. Over time, the industry realized an entire segment of the market that was being overlooked. What followed were “lines” or imprints within the houses that catered to writers and readers of color. What is still disappointing however, is that even though there are hundreds of books to choose from, a true cross over has yet to happen.

SR: What authors have inspired you?

SR: What advice would you tell to your You from your debut year?

DH: I would definitely tell my much younger self—the internet and social media are coming! Build your network, save your contacts and that even though you enjoy what you do, it is still a business and you must treat it as a business. I had no clue or guidance when I first started. Readers wrote actual letters to me back then! I should have been maintaining that information. As far as the business aspect is concerned, just understanding how 1099s work and why, and the importance of separating my writing income from my work income.