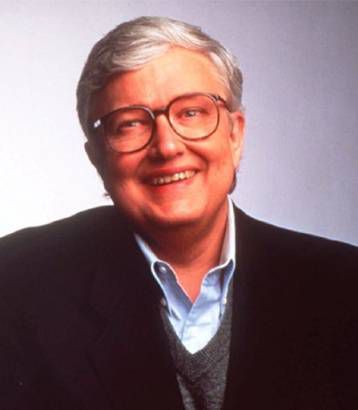 When I heard last week that Roger Ebert passed away after his long battle with cancer, I thought of two pieces of writing: a beautiful 2010 profile of Ebert in Esquire that still makes me cry, and a scathing yet heartfelt review Ebert wrote for The Last Song that same year. The review is an absolute gem, featuring what might be my favorite jabs of all time at Nicholas Sparks:

To be sure, I resent the sacrilege Nicholas Sparks commits by mentioning himself in the same sentence as Cormac McCarthy. I would not even allow him to say “Hello, bookstore? This is Nicholas Sparks. Could you send over the new Cormac McCarthy novel?” He should show respect by ordering anonymously.

But what makes the review so great is that despite his clear dismissal of Sparks, Ebert took the rest of the movie seriously and approached it generously and with an open mind. It’s a lovely, funny, compelling piece of writing.

Re-reading that review sent me down an Internet rabbit hole looking for some of Ebert’s other best writing on books that have been turned into movies. These are some of the gems I found (with a word of advice: sometimes the links to the review don’t work on the first try. Give them a second click or a few refreshes and they should come up). 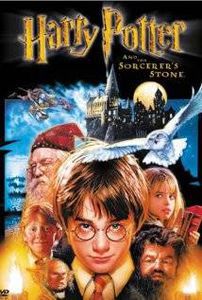 The novel by J.K. Rowling was muscular and vivid, and the danger was that the movie would make things too cute and cuddly. It doesn’t. Like an “Indiana Jones” for younger viewers, it tells a rip-roaring tale of supernatural adventure, where colorful and eccentric characters alternate with scary stuff like a three-headed dog, a pit of tendrils known as the Devil’s Snare and a two-faced immortal who drinks unicorn blood. Scary, yes, but not too scary–just scary enough. …

Readers of the book will wonder how the movie visualizes the crucial game of Quidditch. The game, like so much else in the movie, is more or less as I visualized it, and I was reminded of Stephen King’s theory that writers practice a form of telepathy, placing ideas and images in the heads of their readers. (The reason some movies don’t look like their books may be that some producers don’t read them.) 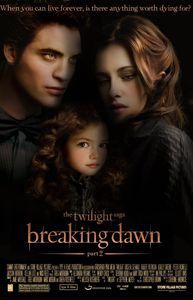 Edward shows Bella their new honeymoon cottage, which unlike most brides, she decides is “perfect” even before looking inside. When she does, it’s stocked with wall to wall books, and you’ll never guess which one she eventually takes down from its shelf. Never ever.

Edward and Bella spend a great deal of time posed around a living room with such as Jacob (Taylor Lautner), Emmett (Kellan Lutz), and a roll call of other major vampires (the movie ends with photo credits for every actor in the series). They exchange a great deal more dialogue than I required, but students of the Stephenie Meyer novels, who made this 700-page-plus volume a best-seller, really like that stuff, I guess. 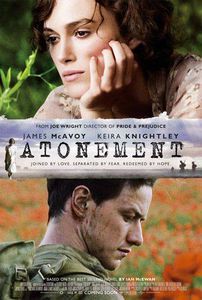 Oh, but the earlier scenes have floated effortlessly. Cecilia, as played by [Kiera] Knightley with stunning style, speaks rapidly in that upper-class accent that sounds like performance art. When I hear it, I despair that we Americans will ever approach such style with our words, which march out like baked potatoes. She is so beautiful, so graceful, so young, and Robbie may be working as a groundsman but is true blue, intelligent and in love with her. They deserve each other. …

The structure of the McEwan novel and this film directed by Joe Wright is relentless. How many films have we seen that fascinate in every moment and then, in the last moments, pose a question about all that has gone before, one that forces us to think deeply about what betrayal and atonement might really entail? 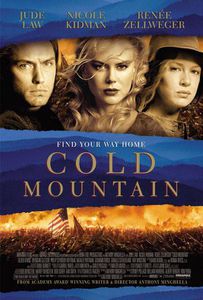 [Inman’s] long trek back to Cold Mountain has been compared with some justice to Homer’s Odyssey, since he meets fabled characters and seductresses along the way, but in a movie that begins with the two heroes barely meeting each other, this long sequence becomes alarming: Will their reunion take place in old age? …

By the end of the film, you admire the artistry and the care, you know that the actors worked hard and are grateful for their labors, but you wonder who in God’s name thought this was a promising scenario for a movie. It’s not a story, it’s an idea. Consider even the letters that Ada and Inman write to each other. You can have a perfectly good love story based on correspondence, but only, I think, if the letters arrive, are read and are replied to. There are times when we feel less like the audience than like the post office. 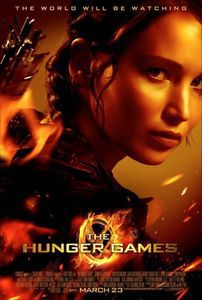 The executive in charge is the gamemaker, Seneca, who has a beard so bizarrely designed that Satan would be envious. At the top of the society is the president, a sagacious graybeard who harbors deep thoughts. In interviews, Sutherland has equated the younger generation with leftists and Occupiers. The old folks in the Capitol are no doubt a right-wing oligarchy. My conservative friends, however, equate the young with the Tea Party and the old with decadent Elitists. “The Hunger Games,” like many parables, will show you exactly what you seek in it.

Rest in peace, Roger Ebert. Your wonderful, smart, generous criticism will be missed.