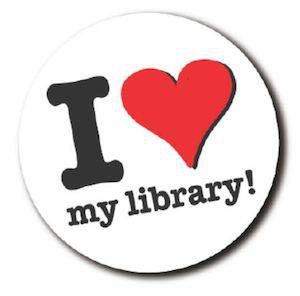 I’m generally a Very Nice Southern Lady, as are most of the people in my neighborhood, but that all goes out the window on Library Book Sale Day. Old ladies suddenly learn to use their elbows as weapons. Gentlemen who hold doors for you suddenly pretend they don’t see you and grab that book you’re reaching for. Looking for some children’s books for $0.25? You and half the people in the city. And then there’s the scanners–people who are only there to pick up books to flip on Amazon, who move through the stacks with their giant rolly-carts and their lack of disregard for organization or, ya know, reading (someone else has already ranted quite nicely about this one, so I’ll stop now).

It’s an obstacle course. Here are a few tips for navigating the fray:

1. Join the Friends Of The Library if it’ll get you in a day early. My library doesn’t offer this, but if yours does it’s usually only a few dollars a year and it’ll get you early access.

3. Bring your biggest totes. Some people bring cardboard boxes, but those people take up tons of space in the aisles and 9/10 times are scanner-wielders (at least at my library) indiscriminately throwing whatever looks valuable into the box to be sorted through off to the side later and what I’m saying is, don’t be the aisle-blocker. Bring your biggest tote, and carry back-up totes in it. You’ll probably need more than one.

4. Have a mission, THEN browse. When the doors open, chaos ensues. Books are being thrown everywhere, people are disregarding the flow of browsing, books are being swept off tables by the armful. If you go in with a pre-determined mission (as in, finding nice copies of classics, finding as many romances as possible, finding the last few books in a specific series), you can walk in, locate those things with focus, and spend the rest of your time browsing. It’s a nice way to avoid being overwhelmed by all the initial bustle.

5. Use your elbows…politely. Bizarre things that have happened to me at library book sales include, but are not limited to:

What I’m saying is, don’t expect people at library book sales to be nicer than the general population just because you’re in a Sacred Place Of Learning or whatever. Be nicer than those people, but defend your personal space. The room may LOOK like Black Friday but people don’t get to trample you.

6. Grab what looks good and go through it all later. Don’t second guess your gut. If you see something that looks good, grab it. When you’ve done two solid passes (and make sure you do two passes, sometimes the volunteers put books out late after the doors open), find a quiet corner out of traffic and go through what you’ve found. Flip through each book- I’ve bought many a book only to get it home and later discover it has some college sophomore’s class notes written all over every page. Put back what you don’t actually want IN THE RIGHT SPOT DON’T BE THAT GUY WHO LEAVES IT ON THE FLOOR.

7. Separate your books by price. Put all the hardcovers together, the mass markets, the kid books, etc. (or however your library prices stuff), before you put them back in your bag. It’ll make it easier and faster for the volunteers to tally up your total when you go to pay if you’ve already got everything categorized for them.

8. Bring small bills. This is a library, after all, so they’re not rollin’ deep in the dough. Don’t make everyone wait while the librarian has to go find change for your $50 (these last two tips are more about getting out quickly and making the volunteers’ lives easier- this is a good thing because if you go back, they WILL remember you if you were a pain in the ass).

9. Ditch the stroller, if you can. I loved my stroller when my twins were babies because it had a huge basket underneath it that could hold dozens of books…but it also took up too much space in the aisles and made navigating the sale unmanageable. Now I leave the kids at home. (I would love it if aisles were just more accessible- I can’t imagine what it would be like with an even wider wheelchair- but them’s the breaks, I suppose.)