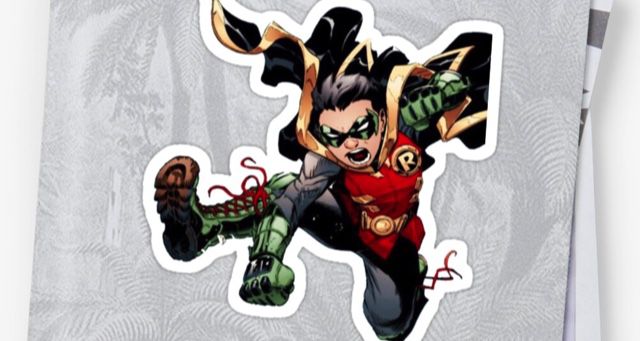 On March 18, DC is set to release the Robin 80th Anniversary Spectacular. Hard to believe Dick Grayson has eight decades behind him, but the beauty of being eight decades old in comics is that you’ve probably died and been resurrected at least two or three times, which I’d imagine does wonders for wrinkles. I’m sure it’s also helped to have others take up the mantle over the years: Jason Todd (because that went really well), Tim Drake (I’ve said it before and I’ll say it again, I will never call him Drake), Stephanie Brown (who has been Robin and Batgirl), and Damian Wayne (his origin story is a whole other post).

You still have a month to prepare for the occasion and I’m here to get you started: 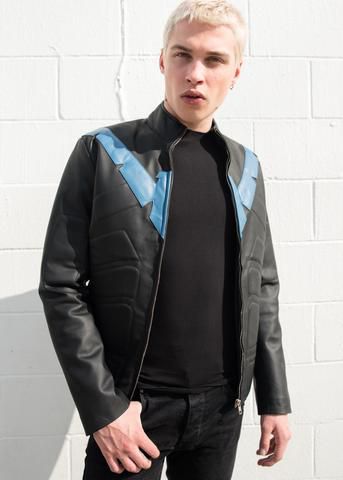 Yes, I have this jacket and I don’t wear it nearly enough. Trying to rectify that sorry situation. Luca makes quality stuff in a variety of sizes and you can place a custom order if none of their models fits your specifications. The company also offers two options for base material: vegan “leather” or real leather which, for those like me, who don’t mind actual leather but don’t want to shell out for it, reduces the price point significantly and those trying to avoid animal products can get their geekwear and stick to their principals.

My only bit of advice on this one is to order up a size. Even the men’s cut has shoulders that are a little narrow for me and it’s a bit shorter than expected. The shoulders will loosen up given time but there’s not much I can do about the length except make sure I’m wearing a longer shirt. 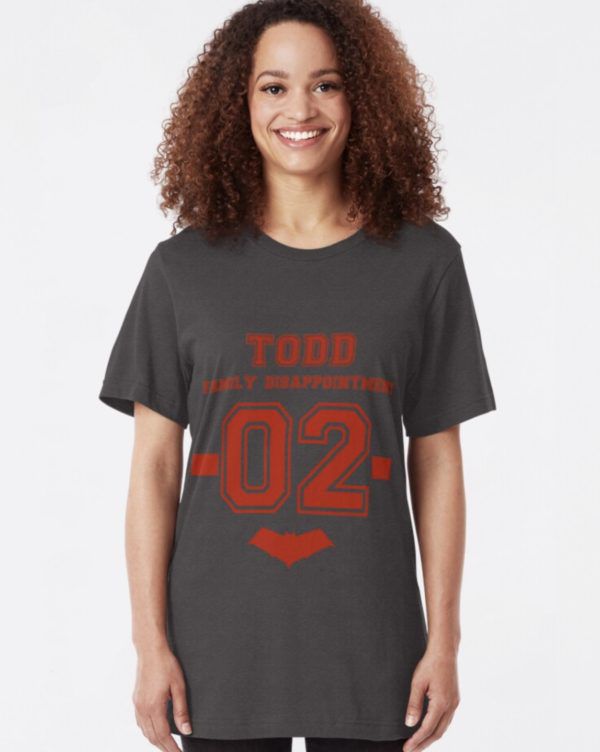 Yeah, I have this one too. In fairness, I got it because I was cosplaying Red Hood and also because, quite frankly, it’s hilarious. Poor Jason. He really did try and then his whole damn life went sideways. To be honest, while Dick has my heart, Jason is actually my favorite Robin. I can’t help it. I have a soft spot for problematic, troubled comic book boys and this one has the audacity to mouth off to Batman on the regular which really, you have to respect. 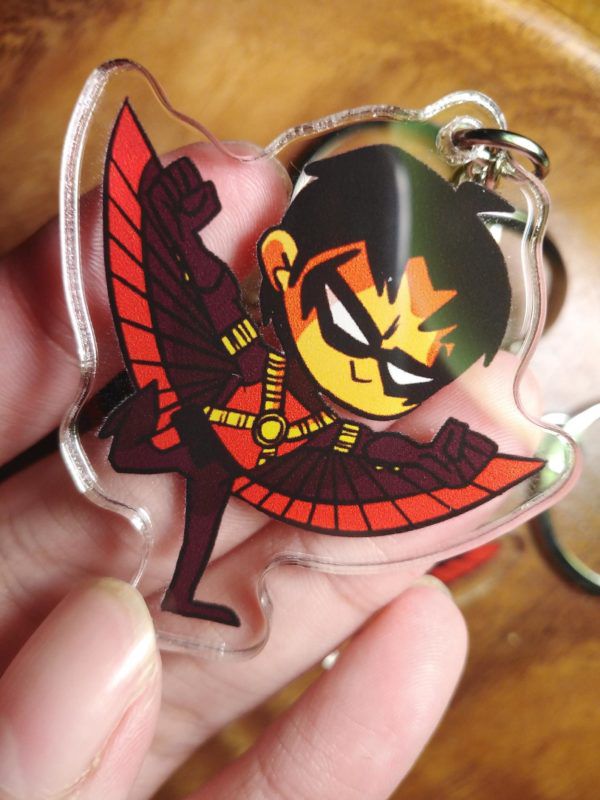 I wasn’t looking for keychains but I did an Etsy search and this came up and I couldn’t not include it. I’m a sucker for an adorable chibi rendering, especially when they adorable-ify characters who tend toward the more serious end of the spectrum. Tim Drake is definitely the most intellectual of the Robins and would probably hate seeing himself in such form which makes me like it even more. Also, I don’t know why the tiny smile and the messy hair make me giggle, but the number of things that can do that is dwindling so I’ll take mirth where I can get it. 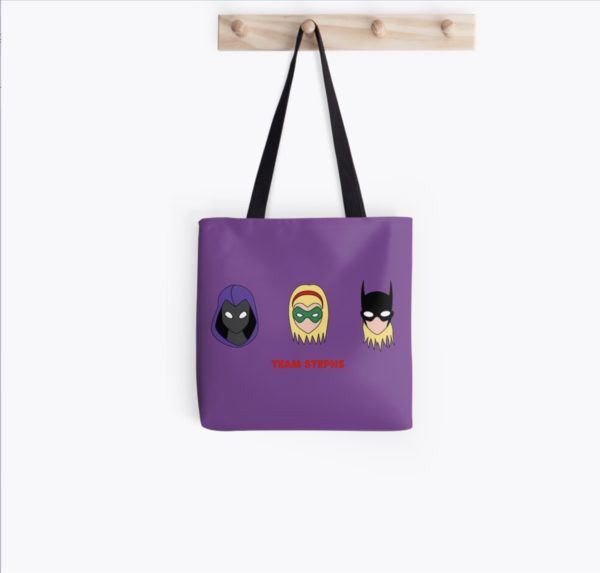 I wish I could say I’m surprised there isn’t more Steph stuff but I’m not because…(sarcastifont) why would anyone want a shirt or shoes or a beanie with the girl Robin on it? The girl Robin who was also Batgirl, mind you. Me. I would. I would like all of it. I know lots of other comic fans who would want all of it. That said, this is a pretty rad tote bag and while people will tell you there’s such thing as too many tote bags, I’m here to tell you I can never find one when I need it, so I’ll always buy one more if the opportunity presents itself. What better conveyance for all of those trades you got out of the library? 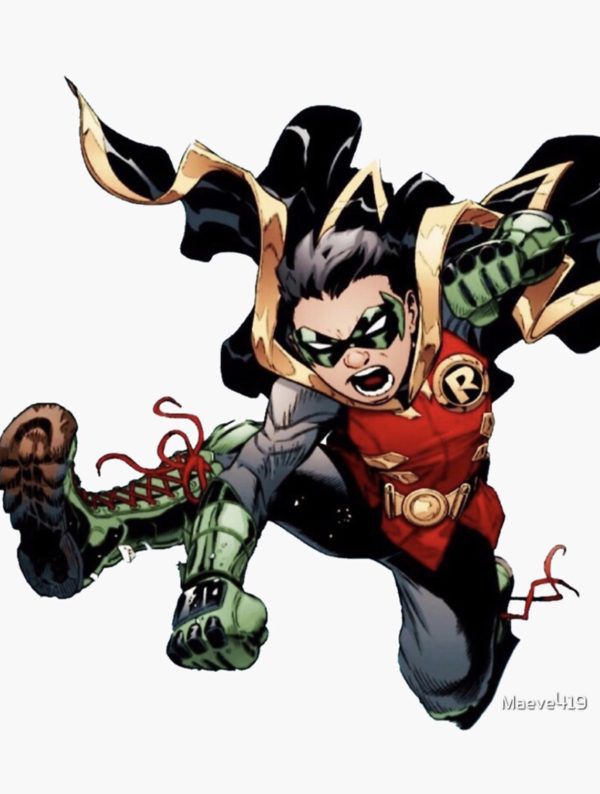 You have to give the demon spawn what he wants or he’ll get back at you when you least expect it and if Damian knew he was going to be on this list, he would surely want to be in attack pose. You can’t blame him entirely for his anger management issues and his love of punching stuff: his father is Bruce Wayne and his mother Talia Al Ghul. Which makes Damian Ra’s al Ghul’s grandson. Definitely no predisposition to violence in that gene pool.

You are now adequately equipped to celebrate Robin’s 80th Anniversary. Enjoy the festivities. At least until Jason and Damien get into another fight and try to kill each other.