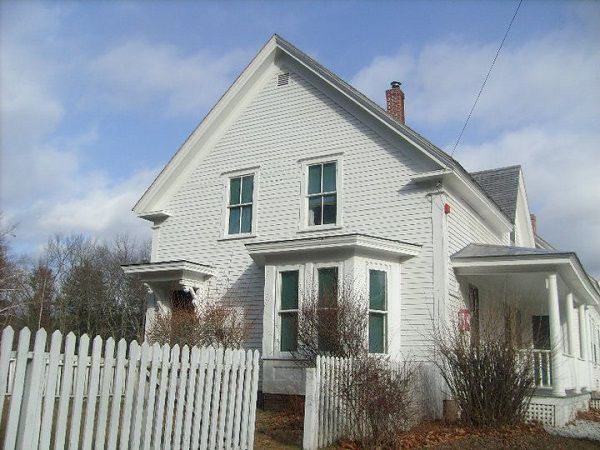 I grew up about three miles from the Robert Frost Farm State Historic Site. Frost lived in the home in the early 1900s, during which time he also taught at what was later my high school, Pinkerton Academy (see his syllabus here). To be honest, there wasn’t much to do at the site when I was a kid. At the time Robert Frost Farm offered brief, guided tours of the home and a few poetry readings now and then. While it’s not too far from the main interstate in southern New Hampshire, is right on a state highway, and is only about an hour north of Boston, it’s not exactly in a high-traffic area. But that didn’t stop me from visiting regularly, particularly when my family moved to a house that was less than half a mile from the spot.

But let me back up. Before we moved, I spent some time at Robert Frost Farm now and then. My autonomy was pretty limited as someone younger than fourteen and without a car, so my visits were few: occasional picnics with Mom (a then-stay-at-home parent), brother, aunt, and cousins; one or two Girl Scout field trips involving a tour of the building; walks around the forest trails that surround the property; and maybe moments parked in the car in the small, gravel parking lot to watch the stars with some fried seafood or ice cream frown down the road (rest in peace, Clam Haven; long live Pete’s Scoop).

We moved when I was entering high school. It was a hugely welcome move because, until that point, I’d shared a room with my brother who was two years my junior (and the room, God help me, was a shade of pink I hate to this day—thankfully, I have since shed my internalized misogyny and now enjoy any other good shade of pink). I was now free with my own room to dream about my high school crushes and write.

But that wasn’t metal enough—I mean, literary enough—for me. So, now farther removed from the cemetery I had previously walked to when I was in need of solitude and angst as a pre-teen, I relied on the much-closer Robert Frost Farm. Here are some of the ridiculous things I did in the name of being deep and literary at the Farm.

Write in My Journal Like a Tortured Mary Shelley

To be honest, I don’t know a ton about the author of Frankenstein, other than: she wrote the pants off of Lord Byron and Percy Shelley with her famed work in a little friendly competition, and she carried the late Shelley’s calcified heart around with her until her own death. But looking back, I feel like I really embodied the girl genius (or at least my poorly-informed idea of her). I spent a lot of time on this one particular rock—okay, Shrek’s Donkey would call it a boulder, probably—on the Robert Frost Farm property with my back to the main road. I’d rest my journal on my legs and write away about my latest teenage crush with romantic and Romantic fury.

While I mostly wrote typical journal entries, I also worked on poetry and fiction, believing that somehow (perhaps by osmosis) Frost’s artistic energy and genius would inhabit me for a time and help me create some excellent work. (It did not work out this way and, frankly, I didn’t and haven’t read much of Frost, anyway).

Well, of course I read. I did it with the same dramatic attitude as I wrote, imagining I was some worldly and poignant individual, toiling over great works of literature and working out obscure themes that even great scholars had not yet identified and articulated in academic journals. This, naturally, was not the case, just as I was not even a good imitation of Shelley’s shadow when I wrote.

When I got tired of sitting and writing or reading on the rock, I’d sometimes take my book on the road, so to speak. You know that opening scene in the 2005 adaptation of Pride and Prejudice where Keira Knightley as Elizabeth Bennett gracefully and whimsically walks through the field with her attention wholly on the book in her hands? Yeah, that’s what I tried to do. (I also tried this walking on the road where my house was—do not try this at home.) I even went as far as to mimic her mannerisms—the secret smile she gives, the raising of her curled fingers to her mouth in amusement, finally closing the book and walking with an air of accomplishment. Yes, I do have an active imagination, thank you very much.

In any case, book in hand—open or not —I’d traverse the sizable field around the Farm and sometimes venture into the wooded paths, all of which were decidedly not less traveled, and cross the footbridges, enjoy the bubbling of the streams, and watch for what I pretended was charming and exotic wildlife: squirrels, chipmunks, a deer if I was lucky.

This is perhaps my favorite thing I did at Robert Frost Farm. The summer before I went to college, I had this ridiculous idea that I would write letters, hide them on the property, and await a response from some handsome stranger (with whom I’d of course then fall in love and leave the dusty town for amazing literary adventures—hey, young me, are you okay?). I wrote out the first letter on lined paper, made a copy with our sluggish family printer/faxing machine/copier for posterity, folded it up and put it in a sandwich bag to protect it from the elements along with a pen and some additional blank paper, and walked it over to the Farm where I found a bit of a hollow in a tree and stuffed it in.

I checked on it over the next few days, waiting for someone to find it and respond while hoping that someone wouldn’t think it was trash and throw it away before opening it. Finally, I noticed the bag was in a different position. I made sure no one was around when I retrieved it (because revealing my identity so early would ruin my romantic narrative). There was indeed a response from someone who maintained their own privacy with minimal details. Back and forth, we shared a few times until I discovered the writer was a middle-aged man involved with the Farm (this was a disappointment to me—it felt like some of the magic was gone from it) and taught English at a local college. In one letter, I suggest we work toward compiling and eventually publishing them all. The recipient agreed this was a possibility, but thought we ought to focus on just writing for now before we get bigger than our britches. (A quick note here—be safe, people. Also don’t try this at home.)

Things fell apart not too far into my little project, though. Not only was I about to move five hundred miles away in pursuit of higher education (so that one day, my home might be made into a place of tourism thanks to my own amazing publications—ha!). During one visit to drop off a letter, I brought my brother along with me. The man I suspected was the one responding to my letters was walking the property with a police officer. I—with my blue hair, and my sixteen-year-old brother—evidently looked suspicious enough for them to ask what we were doing there and if we were there to do or buy drugs. (If you know me, you can understand how hilarious this is—if you don’t, let me just say: I’m a pretty big prude. Despite having never even touched a cigarette, my nerves were shaking at this interaction.) At this point, the non-police man seemed to notice the sandwich bag in my pocket and a look of realization came over his face. We scurried off, I dropped the letter in its usual place, responded to one final letter acknowledging that I was off to college and wouldn’t be around to respond anymore, and that’s the end of it. 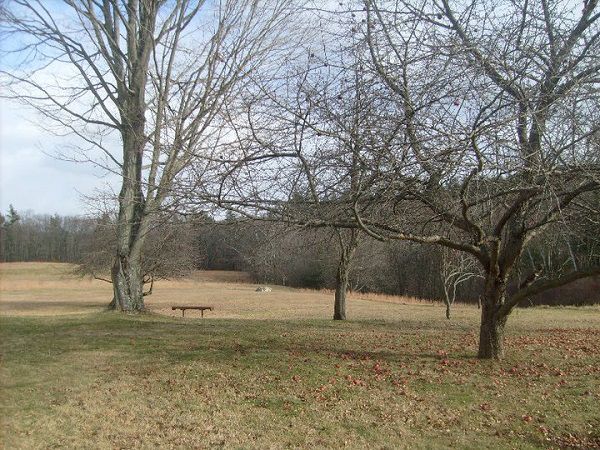 So what’s the point of all of this? Why did I walk you through these embarrassing stories of my youth? The point is, while literary places like we see in our Literary Tourism feature are important for understanding our collective literary and cultural history, they’re also important for looking to the future. I spent so much time dreaming, imagining, and pretending at Robert Frost Farm that it gave me an opportunity to process the future I wanted and the future I didn’t believe I’d have.

I wrote like my imagined Mary Shelley, dreaming my words would one day meet the masses and I’d have a love story of my own—and, while I haven’t yet published a book, you’re here, reading what I’ve typed up and I’m very happily engaged. I read, picturing myself as a reader of importance—and now I can say I’ve earned a degree in English, which took plenty of analysis and paper-writing, plus people look to me for information and opinions on books, both in my capacity as a Book Riot contributor and as a librarian. I strolled the property, playacting as Lizzie Bennett, thinking perhaps I would one day be as effortlessly graceful—and I’ve now learned that grace is not effortless, but practiced, and I work toward it through more mindful choices about how I treat my body. And I wrote letters, perhaps to be heard and feel less lonely, and now, I find community in book lovers and writers all over the world—and in every book I open.

This is the importance of literary sites: they allow us not only to see into the lives of authors we love, but also to picture ourselves in the lives we’ve imagined for those authors or our future selves. This gives us hope and something real (even if it’s not reality) to work toward and aspire to. And that has made all the difference.