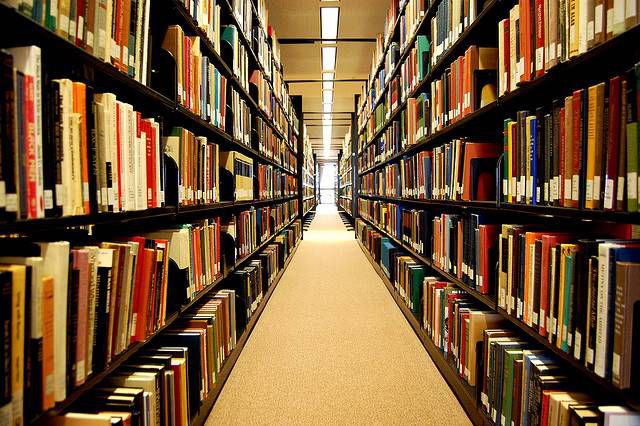 At the American Library Association annual conference in Orlando, Florida, the panel conversation “The Rise of Fandom in Libraries” was ultimately about empowerment. The panel consisted of Liz Burns, Dr. Katie Monnin, Chloe Ramos-Peterson from Image Comics, and moderator Ashley Kazyaka.

After a brief explanation of the meaning and origin of the term “Mary Sue,” fandom itself was discussed as the drive to create and take control of narratives and experiences that engage us. For example, humanity’s early cave paintings of animals were an early attempt to engage with a subject and render it through art. The death of Sherlock Holmes in the novels was cited as the earliest instance of fandom, as mourning parties across the country were organized for fans to pay their respects to a beloved character. History can lend legitimacy to fandom – Jane Austen’s work was originally considered fan fiction, but it is better known as quality literature in the present.

Art by Sidney Paget – Transferred from en.wikipedia to Commons by Maniago. Original uploader was DrBat at en.wikipedia, Public Domain, https://commons.wikimedia.org/w/index.php?curid=7049174

Fandom is not determined by demographics. According to Burns, “The six-year-old who engages with Frozen, her fandom is just as valid as anyone else’s… it just happens to make a lot of money.” Science fiction magazine letters pages in the 40s and 50s gave rise to subcultures of like-minded fans who met up in person, eventually leading to convention culture. Fans and libraries are encouraged to reach out to publishers about what they want. Ramos-Peterson said, representing Image Comics, “We’re not high up on a hill, we really do want to hear from you,” including a mention of reading lists for libraries coming later in 2016.

There was a fair bit of advice for libraries wishing to engage and collaborate with fandoms. Passion can, in fact, be imported from comics shops and outside experts. “Don’t be afraid to email the people in your community you don’t normally see in the library,” Monnin said. “Comics creators will go out of their way to volunteer and do programming with young people.” Kazyaka and Monnin both cited Jane Yolen as being favorable to performing webinar outreach. They also heartily endorsed Yolen, Mike Cavallaro, and Grace Lu’s graphic novel series, Foiled. Burns used an example of costume sewing advice from someone who may not know about cosplay but is good at teaching others. She noted that sewing machines count as “makerspace” hardware just as much as any 3D printer (“amen,” says this librarian!).

Once those fandoms are engaged, it is up to libraries to then turn to publishers and say, “This is what our patrons want.” Also, Ramos-Peterson advised librarians to share their own fandoms, too. “Try as hard as you can to be as passionate and care as much as your fans, and cater to that. You can’t push every book the same way. You have to know why patrons like them.” Patrons can smell phony endorsements and forced fun from a mile away, and they would much rather speak to a librarian who understands their enthusiasm.

Fandoms have positive impacts when they channel their efforts toward charitable ends. Kazyaka advocated for the 501st Legion, a charity group of professional-grade cosplayers who appear at all kinds of events as stormtroopers from Star Wars. Their members are everywhere and will go out of their way to participate in an event. The Harry Potter-themed “Accio Books” book drive gathers titles worldwide for communities in need.

From convention appearances to Make-A-Wish, these are the stormtroopers you’re looking for

Kazyaka also told a story about Westcliff, Colorado, a community so out of the way that the light pollution awareness group International Dark-Sky Association recognized its clear view of outer space. If their community can put on a library convention, what’s stopping yours? Reach out, find allies, and bring fandoms together!