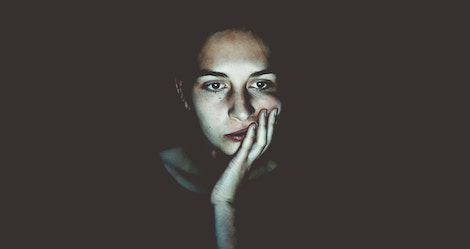 In 2013, I was still fairly new to book reviewing. When I requested Alice Walker’s book, The Cushion in the Road, for review, I expected to be refused. Newbies don’t get assigned books by legends, right?  But I got it: my most exciting assignment yet.

I had recently graduated from divinity school, where I studied feminist theology. Intersectional feminism was all that I thought about. Alice Walker—who conceptualized womanism, who gave us The Color Purple, and who had earned her many accolades, including a Pulitzer—was a god within that realm.

I was also in the midst of my conversion to Judaism, which I’d recognized as my religious home precisely because it emphasizes intersectionality as a religious value. So when my admiration for Alice Walker crashed into her claims about my community in The Cushion in the Road, I was heartbroken. My expectations of a book-long experience of intersectional sisterhood were dashed. Alice Walker, I discovered, hated Jews.

I’m choosing those words deliberately. This is, in part, because I hesitated to say them then, and that was a mistake. No one wants to discover that someone they admire is capable of hate, especially of hating them. But even minor gods are fallible, and Alice Walker is an anti-Semite. She believes in global Jewish conspiracies. She thinks that we are to blame for the ills of the world. She thinks that we’re money-grubbing. Pick your canard: she’s got it down in print. Some of it has something to do with Israel, but all of it has everything to do with hate.

The Cushion in the Road didn’t introduce Alice’s prejudices, though they were my first confrontation with them. And in the book world, people gave her wide berth. Reactions to The Cushion in the Road generally skipped over its anti-Semitism entirely, favoring the book’s broader, more familiar Alice Walker themes.

Even I buried my dismay over her comments regarding Jewish people and Israel beneath praise for the less noxious portions of the book. I celebrated her awareness, her boldness, and the challenges she posed to all readers, including President Obama. I called her comments regarding Judaism, and Jewish people, strange within the collection. I used words like “invective” and “hyperbolic” regarding them, but my implication was that those portions were an anomaly, rather than indicative of what Alice truly believed. I loved her. I owed her. I didn’t want to accept that she truly believed that I deserved suspicion or hate.

On topics other than Judaism, Alice Walker’s work is sensitive, thoughtful, concerned with justice, and a voice for righteous protest. On topics related to Judaism, she is myopic and foments hate. I held the sensitive Alice in such high esteem that I decided to talk about the Other Alice in a whisper.

That willingness to minimize what was, even then, pronounced prejudice was a mistake. I regret the forgiving tone of my review. The ADL review was clearer (if it also concentrated entirely on one chapter of that book): it called out anti-Semitic tropes in Cushion, including suggestions that Jews don’t do anything that we can’t make money off of, the use of terms like “Jewish supremacy,” and the pronounced ignorance regarding the Torah. “God save us from the Jews!” a woman says to Alice in one of the book’s accounts; “Too late,” she replies. “I already married one.” Walker’s resentment toward her ex-husband snowballed into negative impressions of all Jewish people: if he’d proved duplicitous, then so would I. So would any of us. We were not to be trusted. We were to blame.

This is how prejudice works.

I think that the fact that the anti-Semitism in The Cushion in the Road is mostly contained within a chapter made it so easier for reviewers to ignore. We could compartmentalize the part of Alice that seemed capable of such ugliness, could pretend that it was contained, or a quirk, or whatever. Alice Walker’s anti-Semitism is the topic that you trouble briefly and blow past when you’re discussing her greater body of work, that you excuse because The Color Purple was, and is, so important, and because we need womanism, desperately—now more than ever. Maybe that isn’t HER.

The furor over her endorsement of David Icke’s work in a recent issue of The New York Times is deserved. It’s also overdue. Alice didn’t introduce her anti-Semitism with that book recommendation; she reminded us of it. She’s been airing it for years. Sometimes its cushioned within criticisms of Israel—which also makes it easier to dismiss as not-hate—but it’s always about something deeper. It shouldn’t have taken her praise of a conspiracy theorist who believes that Jews are part of a global Illuminati alien-lizard-people conspiracy to make that obvious. But it did. NOW people are shocked. NOW people are dismayed.

I am still the woman who fell in love with womanism and The Color Purple while learning how to be an intersectional feminist in divinity school; that will not change. I want people to be womanist. I want The Color Purple to broaden reader’s perspectives. As critics like Roxane Gay have pointed out: there’s no need to throw any of that away.

Alice Walker has been anti-Semitic for years. I talk about it at my events when I talk about how much I appreciate Possessing the Secret of Joy.

If some of you would do some basic reading you would know that Walker’s anti Semitism has nothing to do with her critique of Zionism. I am not conflating these things. Read her blog, note the anti Semitic writers she values, and Jesus Christ, face reality. https://t.co/NLdt6lrcX8

But we also need to hear Alice when she tells us plainly that that essential work does not mean that she is a person whose every word is gospel. Alice Walker is a writer who exposed the flaws of white feminism and who demanded intersectionality and equal footing for black voices. She is also a woman who is far from intersectional when it comes to her Jewish sisters. She is a writer who laid bare realities of racism, misogyny, and institutional power imbalances. She is also a woman who promoted a book that draws upon The Protocols of the Elders of Zion, an anti-Semitic screed.

Keep The Color Purple, but stop letting Alice Walker air her hatred for another marginalized community. Hold womanism in one hand and combat anti-Semitism with the other. Immerse yourself in her essays from before, but don’t miss out on her daughter’s book, Black, White, and Jewish, which adds some nuance and context to her words—and which approaches Judaism with the thoughtfulness that is sorely missing in all of Alice’s mentions of my tradition and my people.

It is not easy to hold our literary giants to account, but I am grateful for those who are finally doing that hard work.