This Riot Recommendation asking for your favorite books featuring librarians is sponsored by the audiobook edition of The Girl He Used to Know by Tracey Garvis Graves. 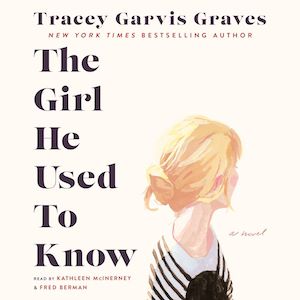 Jonathan and Annika first meet at chess club in college, where Jonathan loses his first game of chess, and his heart, Annika. Brilliant but shy, Annika prefers to be alone. But Jonathan accepts that about her, admiring Annika, quirks and all. Their relationship that follows is tumultuous, but strong, until an unforeseen tragedy forces them apart. A decade later, fate brings them back together… She’s a librarian and he’s a divorced Wall Street whiz seeking a fresh start. Their feelings are instantly rekindled, but until they confront the fears and anxieties that drove them apart, their second chance will end before it truly begins.

Let’s move far past the stereotype of librarians just shushing people—I mean, come on!—and talk about how awesome they are, in a difficult job that goes far beyond just loving books. Let us know down below in the comments section your fav books featuring librarians and maybe we can check them out at the library—ha, sorry I took the low hanging fruit. But, seriously, next week we’ll have a list collecting all the books featuring librarians that you can check out…I’ll see myself out now.