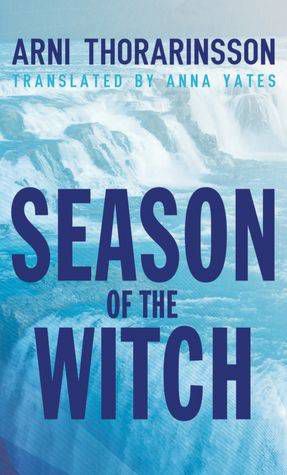 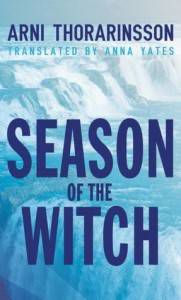 This installment of Riot Recommendation is sponsored by Season of the Witch by Arni Thorarinsson.

When the editors at Reykjavik-based The Afternoon News decide to expand the newspaper into northern Iceland — with their crime writer Einar as its sole reporter on location — the journalist feels as though he has stepped back in time. Compared to the hustle and bustle of the capital, where the nation’s economic and social crises rear their heads on a daily basis, the small town of Akureyri feels slow, quiet, and terribly old-fashioned.

So it’s only fitting that one of Einar’s first assignments is to cover a college theater production of Loftur the Sorcerer, an Icelandic folktale of ambition and greed. But that supposedly ancient history becomes ominously relevant when a local woman dies after falling overboard during a corporate boating retreat. All evidence indicates an accident, but when the victim’s mother cries foul play, kindhearted Einar agrees to investigate.

Earlier this week, we asked for your favorite stories about small towns hiding big secrets. Here’s a round-up of the books you recommended in the comments and on Facebook and Twitter.

So Much Pretty by Cara Hoffman

Sunshine Sketches of a Little Town by Stephen Leacock

Aunt Dimity and the Duke by Nancy Atherton

The Girl with the Dragon Tattoo by Stieg Larsson