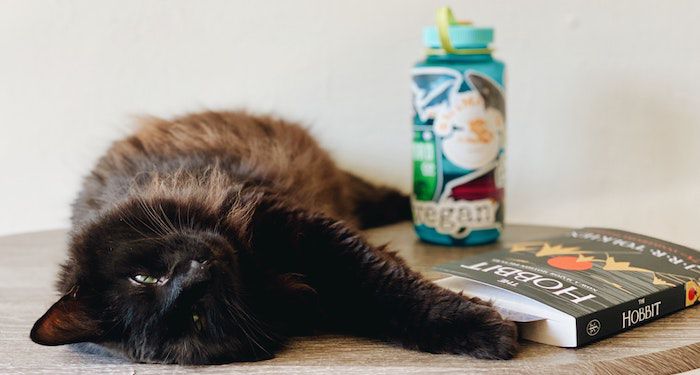 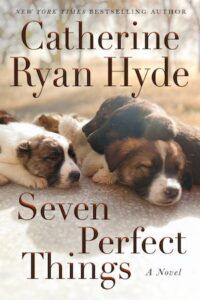 Thirteen-year-old Abby lives in an unhappy home in the Sierra Nevada foothills. One day, Abby rescues a litter of seven puppies abandoned for dead and leaves them in an abandoned cabin, promising to return the next day. When grieving widower Elliot retreats to the hunting cabin he last visited years ago, he discovers seven puppies and one determined girl with an indomitable heart. As the two become friends, Abby imagines how much better life would be if her mother were married to Elliot instead of her father. Read Seven Perfect Things by Catherine Ryan Hyde.

Imagine cuddling up with a puppy. She’s fluffy, wriggly, and is happily panting puppy breath in your face. Now, imagine that in book form. Granted, it may not be quite as adorable, but the book version comes with a lot fewer responsibilities, and they get to stay puppies forever! If you’re an animal lover, there’s nothing quite like curling up with a book that puts them front and centre. There are no shortage of genres that explore our relationship with other species on Earth, from tear-jerker children’s books (whyyyy?) to fantasy novels with talking horses to cozy mystery series.

That’s why we asked you what animal stories we should be adding to our TBRs! They didn’t have to be about the typical dogs or cats, either. I’m always looking for a good alpaca farmer memoir or lizard-loving YA novel. Here are your recs crawling with all kinds of critters!

Yasmin the Zookeeper by Saadia Faruq

The Unexpected Inheritance of Inspector Chopra by Vaseem Khan

Perestroika in Paris by Jane Smiley

I Am A Cat by Natsumi Soseki

Tales from Gorilla Girl and Gorilla Diaries by Ann Southcombe