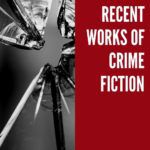 Crime fiction as a genre was first defined in the 19th century; The Murders in the Rue Morgue by Edgar Allen Poe was published in 1841, and that locked-room mystery is now considered one of the first detective stories. From those early days to the Golden Age of crime, the rise of hardboiled American crime fiction, and beyond, readers have kept up faithfully with beloved sleuths like Sherlock Holmes, Hercule Poirot, and Philip Marlowe. Today a new class of crime solvers has joined the ranks of crime favorites, a class that includes Joe Ide’s IQ, Attica Locke’s Darren Matthews, and Tana French’s Dublin Murder Squad.

With so much excellent—and thankfully, if slowly, more diverse—crime fiction to choose from, we were curious to know which works have kept our readers turning those pages. We asked you to share the best recent crime fiction you’d read lately, and now we have quite the reading list!

The Coyotes of Carthage by Steven Wright

Heaven, My Home by Attica Locke

House of the Rising Sun by James Lee Burke

The Infinite Blacktop by Sara Gran

The Missing American by Kwei Quartey

Once You Go This Far by Kristin Lepionka

The Silence of the White City by Eva Garcia Saenz

Vera Kelly is Not A Mystery by Rosalie Knecht

What You Want to See by Kristen Lepionka