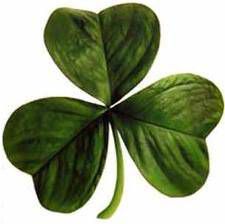 One of the highlights of the Community Manager side of my job here at Book Riot is getting to hang out with you, dear readers. So when Saturday afternoon found me nowhere near a pitcher of green beer and in want of a good giggle, I decided it was time to have some fun.

Over on our Facebook page, I challenged you to write funny bookish limericks and offered a pack of 3 galleys from our stash to the submission that received the most “likes” from the community. Here are some of the highlights.

The French never cared who did look,
The Americans do it in any old nook,
The English of course,
Do it behind closed doors,
But really, there’s no place unfit to read a book.

There once was a man with a hook,


Who laughed and his whole body shook,
Yet no one could tell,
That he just loved the smell,
Of a beautiful, old hardcover book.

There once was a bookworm named Wendell
Who felt he had suffered a swindle.
On the pages and spine
He will nevermore dine
For his dinner is now on a Kindle!

A “Hard-boiled…” ,’Cat finder’, named Tommy
Was keen on the works of Murakami.
“After the Quake” he stood,
With his “Norwegian Wood”
And confessed that the Rat left him balmy!

And the winner, from A.S.

There once was a gal named Jenny,
so broke she hadn’t a penny.
Given a magical shard,
called a library card,
love of knowledge makes her wealthy as any!

Which would you have voted for? Any of your own to add?