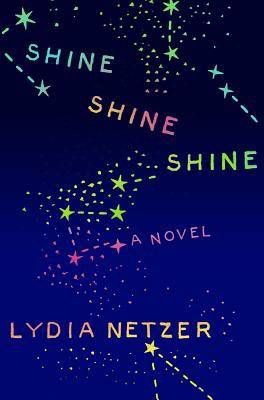 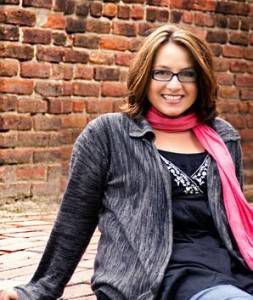 Lydia Netzer is the author of Shine Shine Shine. Her debut novel, Shine Shine Shine is a People Magazine “People Pick,” an IndieNext List selection, and an Amazon Spotlight book for July. Netzer lives in Virginia with her husband and two home-schooled children. When she isn’t writing, she writes songs and plays guitar in a rock band. I caught up with her at a recent signing in Richmond, VA.

Lydia Netzer: I’m reading The Elegance of the Hedgehog, which I’ve never read, embarrassingly enough. And I’m also reading–what I brought in case I miraculously finish the first one on this trip–the new Chris Cleave book. I’ve been carrying it around for a while. I just finished Where Did You Go, Bernadette? by Maria Semple. So good. It’s hilarious, hilarious, hilarious, and then heart-grabbingly beautiful.

LN: There is a book called Observatory Mansions by Edward Carey, and it’s a weird, weird, beautiful, complicated, original book. And when I read that book, I think I was at a point when I was worried that my book was too weird, so reading it and knowing that it had been well-liked and accepted gave me courage to do what I wanted with my own book. What I long for in my own writing is control; I’m constantly struggling to control language and make it more rigorous, and this is a really good example of someone who is masterfully in control of his language. Also, Moby Dick.

BR: Which book or books do you recommend to others again and again?

LN: I always recommend Joshilyn Jackson, and right now my standard recommendations are The Cove by Ron Rash and Heading Out to Wonderful by Robert Goolrick. A lot of my favorite books are not good to recommend because they’re like 100 years old, or, well…I’ve recommended Jonathan Strange and Mr. Norrell a bunch of times, too–to grown-ups who should be reading that instead of Harry Potter.

BR: Which authors are your greatest influences?

LN: I tried not to read a lot of contemporary fiction while I was writing, so I read late 19th-century, early 20th-century stuff. Thomas Hardy, Henry James, E.M. Forster, Edith Wharton, D.H. Lawrence. I don’t know, maybe it was to isolate myself from contemporary voices. But reading Observatory Mansions and Ben Marcus’ Notable American Women and How the Dead Live by Will Self in the early stage really influenced me to say it’s okay, go ahead and make it weird if you want to.

BR: Do you read while you’re working on a book?

LN: Yes. Right now I’m working on a new book, and I’m reading some weird philosophy of astronomy stuff that’s helping me understand characters, but I’ve also taken myself off the leash with contemporary fiction, and it’s been awesome to engage with what’s going on right now in literature.

BR: Has a book ever disappointed you?

LN: Oh yeah. I generally do try to finish, just because I’m too curious. But there have been a few I just got disgusted with and threw out…and one that I literally threw into the garbage. I won’t tell you the title, but it involved zombies. And necrophilia.

BR: What were your favorite books as a child?

LN: My favorite books as a child were the Dark Is Rising series by Susan Cooper. The series just ate my brain when I was little. I also loved the Green Knowe series. Green Knowe is a magical, strange old English country house, and all these ghostly/otherworldly things happen there. I also loved all the cheesy “girl falls in love with horse, but horse is too expensive/feisty/far away from girl, and then the barn gets set on fire, and the only thing that can save the day is for the girl to ride the horse” stories. There’s like 50 books like that, and I’ve read them all.

BR: Do you have any authors or types of books that you eagerly look forward to reading?

LN: I’m really loving what’s going on right now, with being really engaged in the literary discussion. I feel like I’ve had my head stuck in a diaper pail for the last 10 years, working on my novel in the middle of the night and weeping into my tea when it wasn’t going well. I just wasn’t engaged in the literary community and now that I am, it’s really fun.

BR: What are your “desert island” books?

LN: Moby Dick, The Most of P.G. Wodehouse (it’s a short story collection), Tess of the d’Urbervilles, Ulysses, A Horse Like Mr. Ragman.

LN: I have a sofa that eats you, you know. It’s a completely unglamorous, puffy, endless sea of sofa that, when we found it, I was like, “This is it. I’ve found the sofa of my dreams.” We weren’t actually sure it would fit in our house–it’s basically like two beds shoved together at an angle. It has this dark brown–not the most beautiful shade–wide wale corduroy. It’s the best place for reading, but I’ll read anywhere, including sneaking chapters in on my phone when I’m supposed to be paying attention at my kid’s violin lesson.

BR: What’s the most unusual/eccentric book you’ve ever read?

LN: I’d have to say The Flame Alphabet. That was really wild, and I say that having read Ben Marcus before. He really outdid himself. I really liked it, but it was *really* out there.

BR: Which book in your collection stays, no matter what?

LN: My high school copy of Moby Dick, with my earnest notes written in the margin in purple ink.