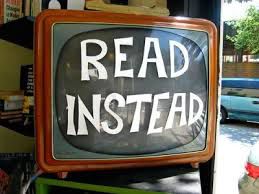 Like so many people with Netflix accounts, I binge-watched the series over the course of a week, a couple episodes a night until I was done with all thirteen. I’ve watched a couple hours of TV every day for a week before. Like when I was binge-watching other shows on Netflix. Or this past fall when I watched 3-4 dramas and 2-3 comedies on a weekly basis. However, some weird wire snapped inside of me after I finished House of Cards, and I just haven’t been very interested in watching TV since. Well, no, it’s more than not interested. I actually feel allergic to the medium.

You know the kind of allergic where you’re itchy in the far-back part of your throat you can’t scratch with your tongue and you rub your irritated eyes all night so you wake up in the morning looking like Quasimodo? Yeah, that kind of allergic.

I know I said this isn’t House of Cards‘ fault, but maybe it is, at least in part. I thought the show was very good. I also thought the creative choices felt very calculated and bordered on the formulaic, cribbing a few too many notes from the Sopranos/Mad Men/ Breaking Bad Morally-Ambiguous-White-Middle-Aged-Men-Making-Poor-Life-Choices-That-TV-Critics-Will-Be-Sure-To-Like Playbook. Netflix has been transparent about the fact that they have used the data they’ve gathered from their subscribers watching TV with their streaming function to creatively shape the first season of their most successful original programming to date. That’s smart thinking. Those are savvy execs. Meanwhile, it makes me feel like a lab rat with a Macbook. I didn’t agree to play that role, and if it turns out I am playing it, I’m throwing down my script and walking offstage.

Maybe this is why lately I can’t get back into watching any of the TV shows that in the past I have liked so well. It makes me uncomfortable that my media consumption is being so closely measured and analyzed, that every time I tap my space bar to pause my viewing, that pause is taken into account and will most likely inform writing and casting and production choices later on down the line. I’m not naive. I know that in this increasingly online world this type of data analysis is now the norm. Just because it’s the norm doesn’t mean I have to like it. And I don’t like it. I would much rather hide under my covers with a library book where those savvy execs will have to work a LOT harder to try to suss out my page-by-page consumption habits.

I’m not sure if this entirely explains my newfound aversion to TV. Maybe I’ve just gotten sick of watching TV on my computer (I don’t own a TV, I have no idea where in my crowded and tiny Borrowers-like house I would put it). Maybe I’ve been watching too much TV by myself (it’s so much more fun to Mystery Science Theater 3000 your way through a show with a friend). Maybe it’s that I’ve been trying so hard to eat well and balance cardio and weight-training, and this has weirdly affected my brain chemistry in a way where I just can’t stand the passivity of watching TV. Maybe none of the shows I like are bringing their A game to the second half of their seasons. Maybe I’ve just been a little melancholy lately and watching TV by myself is pushing me over the edge to that place where melancholy becomes actual sadness (watching a lot of TV by yourself is depressing times, we all know that, this is not news).

The point is, the only media I want to consume right now (besides my Twitter feed and news headlines) is a well-recommended book. I’ve been polishing off three or four a week for the past few weeks. That speed is about twice my normal reading rate. Some nights reading makes me happy. Other nights I just know that it’s not making me as sad as I would be if I were watching TV.

What about you guys? Ever found yourselves running away from TV at top speed and into the open arms of books? Is this rare for you or the norm or somewhere in between? Spill, please, I’m so curious!