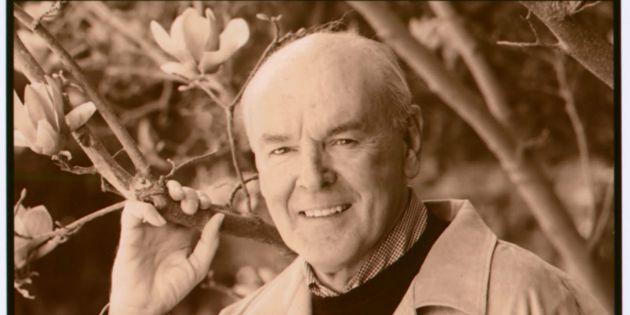 Richard Peck, an award-winning children’s and YA author, died on May 23, 2018, at age 84. Peck’s books, filled with vibrant dialogue and memorable characters, often explored the adventures and frustration of small town life, friendship, and coming of age. He received a Newbery Honor in 1999 for his novel in stories, A Long Way from Chicago, and the 2001 Newbery Medal for its sequel, A Year Down Yonder.  A prolific writer, he published 41 books in 41 years. 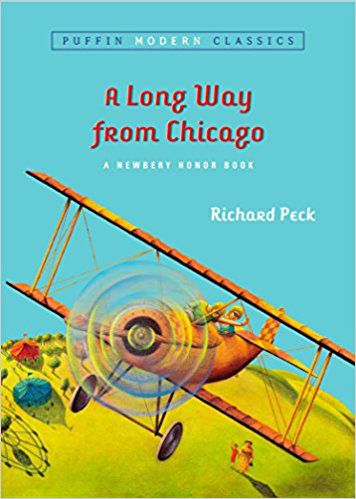 Peck was usually private about his personal life, but came out as gay before the publication of his final novel, The Best Man. He celebrated diversity and exposed prejudice and closed-minded attitudes, even when his work was censored.

Here are a few witty Richard Peck quotes from his novels, poems, and speeches about being yourself, the magic of reading and writing, and his irreverent take on the cliche “write what you know.”

If you cannot find yourself on the page very early in life, you will go looking for yourself in all the wrong places.

When I read a good book, it’s like traveling the world without ever leaving my chair.

I’m a writer because I never had a teacher who said “Write what you know.” If I’d been limited to writing what I know, I would have produced one unpublishable haiku.

Beatrix Potter was never a rabbit. J.K. Rowling did not attend Hogwarts School.

—2013 speech to the Library of Congress Book Festival

We write by the light of every story we have ever read.

Nobody but a reader ever became a writer.

The only way you can write by the light of the bridges burning behind you.

Ironically, it was my students who taught me to be a writer, though I had been hired to teach them. They taught me that a novel must entertain first before it can be anything else. I learned that there is no such thing as a ‘grade reading level’; a young person’s ‘reading level’ and attention span will rise and fall according to his degree of interest.

Richard Peck Quotes on growing up

The years went by, and Mary Alice and I grew up, slower than we wanted to, faster than we realized.
—A Long Way from Chicago

Stay away from people who don’t know who they are but want you to be just like them. People who’ll want to label you. People who’ll try to write their fears on your face.

This is how you hold onto your family. You hold them with open hands so they are free to find futures of their own. It’s just that simple.

Anybody who thinks small towns are friendlier than big cities lives in a big city.

—A Year Down Yonder

She said that time was like the Mississippi River. It only flows in one direction. She meant you could never go back. But of course we had. She’d taken me back.

—The River Between Us