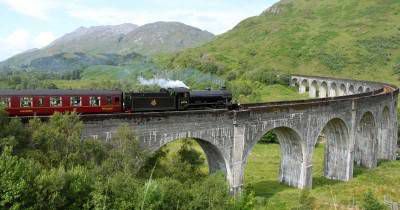 It’s been 10 years since I first learned the meaning of the word muggle. I missed out the books when they first hit shelves.  I was a senior in high school, and I was determined to only read books that were appropriate reading for the adult that I had obviously become. I was leaving the world of kids’ books behind. I was too good for Harry Potter.

I avoided them for years using that logic. Then, in graduate school, I took a class with a bunch of other teachers-to-be, all of whom had read and loved Harry Potter. I had never even seen one of the movies. They were shocked, disbelieving.  For Christmas, one of them gave me the first three books in paperback, and I spent my holiday ignoring my family and devouring every page.

When I reached the end of the third book, I went to the store and picked up books 4 and 5. I finished those, watched all the available movies from my mom’s DVD collection, then went back and read them all again. Book six wouldn’t hit the shelves until later in the summer, and I was irritated, but I convinced myself that it would be so worth the wait – a wait that for me was a lot shorter than it had been for those who were firmly entrenched in the wizarding world of Harry Potter.

I took a week off last month, and I decided to revisit the series. So far, I’ve made it through the first three books in the series. In my re-read, I’ve seen things that I missed the first time around or that I am able to better appreciate now, having read the whole series and knowing how things turn out. Here are a few of my observations:

Book One: The Sorcerer’s Stone

I used to think that the Dursleys were just mean, but I now understand that they were motivated by fear. That doesn’t make me any more sympathetic to them. I found it interesting to follow along with those pre-Hogwarts chapters with that in mind, though. They, especially Vernon, were so afraid of anything that made them different that they tried to ignore the existence of a whole other world, even though they knew it was there. That blows my mind. Denial is a powerful thing. Having been around that kind of negativity for so long, it is not surprising that Harry is thrilled to have an alternative. It is also not surprising that he is both confused by and resistant to the fame associated with his scar and the event that created it.

Book Two: The Chamber of Secrets

My heart breaks at the beginning of this book every time I pick it up, because I know what it is like to think that your friends have forgotten you. And even though his attempts are misguided, I love that Dobby is so protective of Harry. The thing that really stands out to me, though, is Draco Malfoy. Again, I’m not any more sympathetic to him (at this point) than I was on my first read, but I feel like I understand him better. He’s just another spoiled rich kid that wants to earn the approval of his distant, distracted father. That’s why he tries so hard. It makes me hate Lucius even more.

The other thing that I appreciated more this time around is getting Hagrid’s backstory. What I would absolutely love is to get short stories about all of the major adult characters. I would be super happy if someone (preferably JKR) went through and extracted Hagrid’s story as it is revealed in all of the books and put it out into the world, followed by the story behind the 4 friends that created the Marauder’s Map, the love story that is Arthur and Molly Weasley, and the adolescence of Minerva McGonagall.

Book Three: The Prisoner of Azkaban

My reread of book three just reinforced my love for the character of Remus Lupin. He is easily the best teacher (sorry Minerva) that the children ever had. My heart is still broken about his ultimate fate – but that comes later.

The thing that stood out the most to me, though, is Hermione. I feel like she definitely showed her potential to be a great witch in the first two books, but I think she really came into her own in this book, and the boys notice it, too. She is scared, nervous, but determined in everything she does. She is not solely responsible for the outcome of the story, but she’s a big part of it. A much bigger part than she had been previously. Harry has his moment to shine, too, with the creation of his patronus, and Ron steps up to help Hagrid with Buckbeak’s appeal in a way that wasn’t expected. But it’s Hermione who, to me, shines the brightest.

I’m moving on to book four, and I’ll be back in with my observations on the rest of the series. In the meantime, I’d like to know if you’ve done a re-read. And if so, what stood out to you on your second (third, fourth, fifth….) time through?