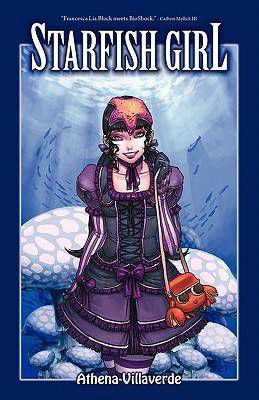 Archie Andrews, Betty Cooper, and Veronica Lodge. It’s the quintessential love triangle, a touchstone for comics and, arguably, the greater western canon. It’s the template for so many great and infuriating triangles, from Jean, Scott, and Logan to Buffy, Angel, and Spike. I mean, Jean even has red hair! The dynamic’s been in place for so long that it’s easy to forget it wasn’t always in play. In Mark Waid and Fiona Staples’ modern revamp, the triangle is a broken line. Veronica is conspicuously absent from this opening chapter (as well as the included reprint of Archie and Betty’s first appearance in 1941’s Pep Comics #22). Not only that, but Archie and Betty have just split up in the wake of what their peers are calling “the lipstick incident.”

No, we don’t know what that entails yet, and we may never get the full story. What matters is that Archie and Betty are on the rocks, and the Lodge family are still the stuff of rumor and speculation.

This makes for a fascinating new status quo with some interesting implications for the series’ future, both immediate and ongoing. Even if Betty and Archie were always depicted as first loves, the zeitgeist has long seen Veronica as an equal and consistent node in that triangle. And I know she’d never forgive me for referring to her as a node. But it’s true. Now Betty’s place as the girl next door is underscored, and Veronica remains a coming dread. It’s also interesting to see how the supporting cast reacts to the breakup, a Greek chorus commenting on an instability in the high school ecosystem. Betty and Achie are the It couple, and as Kevin asks, “If they can break up, what hope do Maria or Sheila or any of us have for everlasting love?”

This poses a shift. After preview pages for this issue debuted, a colleague expressed frustration that the dynamic hadn’t really changed, that everyone in Riverdale seemed to still be in love with Archie Andrews. Judging solely by the released concert scene, with Kevin, Sheila, and Maria watching Archie’s guitar solo in seeming lust and awe, I could certainly understand that conclusion. In the full context of the story, however, something a little more complex is in the offing. The gang (or most of it) is scheming to get their power couple back together, all out of that youthful drive to secure some order in the chaos of teenage life.

At this stage in the game, we’re not looking at the problematic story of an everyman teenager inexplicably beloved by every girl in town and unable or unwilling to make a choice. Right now, we’re looking at a story about bringing balance to the Force. It’s as much about Archie as it is about Archie and Betty and their classmates and how they all view each other. There’s a lot of potential for teenage anthropology and sociology here. And Staples is particularly masterful at showcasing the hyperbole and melodrama of sudsy high school drama, from the pained expressions and slumped shoulders that used to drive my parents insane (sometimes by design), to the posture and gate of affection, apathy, and angst.

Now, before we get to the real star of the issue, let’s talk about Archie some more.

Ever since the variant covers started trickling in, my Oh, Comics! co-host Preeti has been vying for Archie’s class ring, to be ushered from hop to jalopy across cool, dark quads, his varsity jacket draped over her shoulders. The woman who once postponed a recording to finish a bubbly Coca-Cola float now endeavors to plunk a second straw in her malted for America’s favorite ginger. “Preeti Andrews” in tight, practiced script tattooed across her Trapper Keeper. #HotArchie in delicately brushed Wite-Out on the suede of her JanSport Right Pack. A thousand cootie catchers whose myriad combinations lead only to Riverdale.

Let’s talk about this development. And let’s cross-reference to that six-page origin story from Pep Comics. Though charming as Tom Sawyer, the Archie Andrews of the big band era was not a traditionally handsome young man. He looked like Mad mascot Alfred E. Neuman before the sixth or seventh jab to the money maker. The haircut should really not have been allowed in polite society.

Archie and Betty first appeared in Pep Comics #22, with a six-page story by Bob Montana and Vic Bloom.

Over the years the look would soften, but he always retained a peculiar countenance and the delighted expression of a chipmunk in springtime. He was comics’ answer to Mickey Rooney in the Andy Hardy serials, an eternally boyish protagonist caught up in boyish quandaries and indecision.

Is something lost by grooming young Mr. Andrews into a more classically beautiful teen hero? It’s perhaps too early to say, but I was reminded of another Hollywood analogy that will add to the avalanche of mothballs you’re sure to pelt at me. Dobie Gillis. As in The Many Loves Of.

From the word go, Archie beckons to us from over the fourth wall. And before Deadpool or even Zack Morris were doing it, Dobie Gillis was inviting his audience into an inner monologue, typically in a tailspin over girls or parents in the local park next to a replica of Rodin’s “The Thinker.” Here, it allows Archie to introduce us to the rest of the players, even to go back in time and see Betty working under the hood of a car. It also facilitates the issue’s neatest moment, a sequence where Betty seems eager to approach Archie at school, agonizes over it, then ultimately retreats. All the while, Archie is so engrossed in a soliloquy to the audience that he’s completely unaware of Betty’s silent desperation. Elsewhere, Archie suggests we ought not pay him much attention, that “I’m not exactly the most interesting guy in town.”

As it turns out, he probably isn’t. Sure, he’s talented with the guitar. Sure, he’s charming enough. Sure, he’s the designated protagonist. But he isn’t Jughead Jones.

I am told by heterosexual women who know that Jughead is actually cuter than Archie. And just as a dude reading a book, I will tell you he’s the guy. He’s Tyrion Lannister. He’s Shakespeare’s Fool. He’s the guy to watch.

Though Archie plays Wii-U with Raj and jokes around with Trev, it’s universally known that his most trusted friend and confidant is Jughead. Jughead, the youth of Riverdale know, will help restore the balance. They ply him with every delicacy. But Jughead is wise. Jughead has an insane metabolism and is just crazy wise. He’s sharp as a finch. We know he’s capable of warmth even if he doesn’t show it here. This is a time of darkness, and heavy is the head that wears the felt crown. Jughead makes the decisions in this chapter, and that is what makes him so compelling.

We can only hope that some of that rubs off on his best pal.

Waid and Staples’ renovation of Riverdale is smart and bursting with potential. It’s set at exactly the right status quo to usher readers of any familiarity level into the drama. The emphasis placed on the supporting cast makes the series more of an ensemble affair than ever. Even if we set aside the history and icongraphy, it’s also an excellent addition to what I can only hope is a new renaissance for romance and relationship comics.