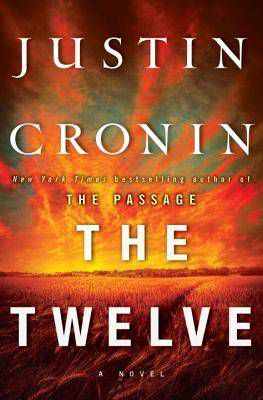 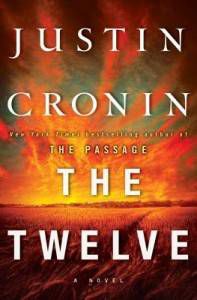 Publisher’s Synopsis: “In the present day, as the man-made apocalypse unfolds, three strangers navigate the chaos. Lila, a doctor and an expectant mother, is so shattered by the spread of violence and infection that she continues to plan for her child’s arrival even as society dissolves around her. Kittridge, known to the world as “Last Stand in Denver,” has been forced to flee his stronghold and is now on the road, dodging the infected, armed but alone and well aware that a tank of gas will get him only so far. April is a teenager fighting to guide her little brother safely through a landscape of death and ruin. These three will learn that they have not been fully abandoned—and that in connection lies hope, even on the darkest of nights.

One hundred years in the future, Amy and the others fight on for humankind’s salvation . . . unaware that the rules have changed. The enemy has evolved, and a dark new order has arisen with a vision of the future infinitely more horrifying than man’s extinction. If the Twelve are to fall, one of those united to vanquish them will have to pay the ultimate price.

A heart-stopping thriller rendered with masterful literary skill, The Twelve is a grand and gripping tale of sacrifice and survival.”

Gold Star:“The Twelve is at its best when it’s frightening and disgusting, when there are hardships and risks, and when there is bloody hand-to-claw combat.”

Demerit: “Cronin fills in some of the past and advances the story a little — he provides a couple of climactic battles he’s so good at — but never quite finds a center for this book.”

Gold Star: “I hate to use the word “perfection.” But for a certain kind of reader — say, one whose tastes normally veer towards Jonathan Franzen but will argue that Stephen King is underrated after a couple of beers — I can’t imagine a better book than The Twelve.”

Demerit: “There are some minor missteps. Cronin’s dialogue is a tad dull, which clashes with his considerable talents at writing prose, and one villain is a bit too close to being ripped from a James Bond film. There are also more than a coincidental number of coincidences.”

Ethan Glisdorf for The Boston Globe

Gold Star: “True to form, “The Twelve” performs its dutiful role as a middle book, raising stakes, delivering gads of plot, and providing resolution. But not too much.”

Demerit: “Also, despite Cronin’s impressive literary pedigree, the writing is wildly uneven. Aiming for the heavens, his prose can crash and burn.”

Gold Star: “…Cronin solves old mysteries and concocts a few new ones, crafts some genuinely scary scenes, and deftly pushes a complicated array of characters and mythologies toward an easily foreseeable but rousing climax.”

Gold Star: “The light hasn’t completely gone out of this series…”

Demerit: “Again and again, suspense is drained away by the book’s choppy structure, as though the dastardly government virus that caused vampirism also caused attention deficit disorder. When the various parts of this ramshackle plot finally came together, I couldn’t tell if I were truly grateful or just suffering from Stockholm syndrome.”