In Review GPA, we translate reviews of notable new books into letter grades and determine a grade point average. 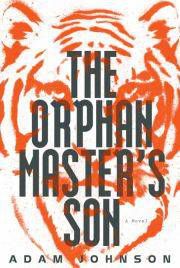 An epic novel and a thrilling literary discovery, The Orphan Master’s Son follows a young man’s journey through the icy waters, dark tunnels, and eerie spy chambers of the world’s most mysterious dictatorship, North Korea.

Pak Jun Do is the haunted son of a lost mother—a singer “stolen” to Pyongyang—and an influential father who runs Long Tomorrows, a work camp for orphans. There the boy is given his first taste of power, picking which orphans eat first and which will be lent out for manual labor. Recognized for his loyalty and keen instincts, Jun Do comes to the attention of superiors in the state, rises in the ranks, and starts on a road from which there will be no return.

Considering himself “a humble citizen of the greatest nation in the world,” Jun Do becomes a professional kidnapper who must navigate the shifting rules, arbitrary violence, and baffling demands of his Korean overlords in order to stay alive. Driven to the absolute limit of what any human being could endure, he boldly takes on the treacherous role of rival to Kim Jong Il in an attempt to save the woman he loves, Sun Moon, a legendary actress “so pure, she didn’t know what starving people looked like.”

From The New York Times review by Michiko Kakutani:

“Mr. Johnson has written a daring and remarkable novel, a novel that not only opens a frightening window on the mysterious kingdom of North Korea, but one that also excavates the very meaning of love and sacrifice.”

“an operatic if somewhat long-winded tale”

I haven’t liked a new novel this much in years, and I want to share the simple pleasure of reading the book. But I also think it’s an instructive lesson in how to paint a fictional world against a background of fact: The secret is research.

But this is not a perfect novel. The subplot in Texas was, for me, a detour that didn’t pay off. It foreshadowed a spy story that never entirely materialized. And Johnson’s Pyongyang seemed much more real than his Abilene.

From The Wall Street Journal review by Sam Sacks

We don’t know what’s really going on in that strange place, but a disquieting glimpse suggesting what it must be like can be found in this brilliant and timely novel.

The opening of the novel moves so quickly through Jun Do’s early years that it is a little jarring—as is Mr. Johnson’s decision to have his characters use American idioms like “I wish” and “seriously.”

From the USA Today review by David Daley

From the Kirkus review:

“[the] thriller becomes picaresque satire and rifles through a few other genres, shifting narrators, losing and regaining focus and point of view.”