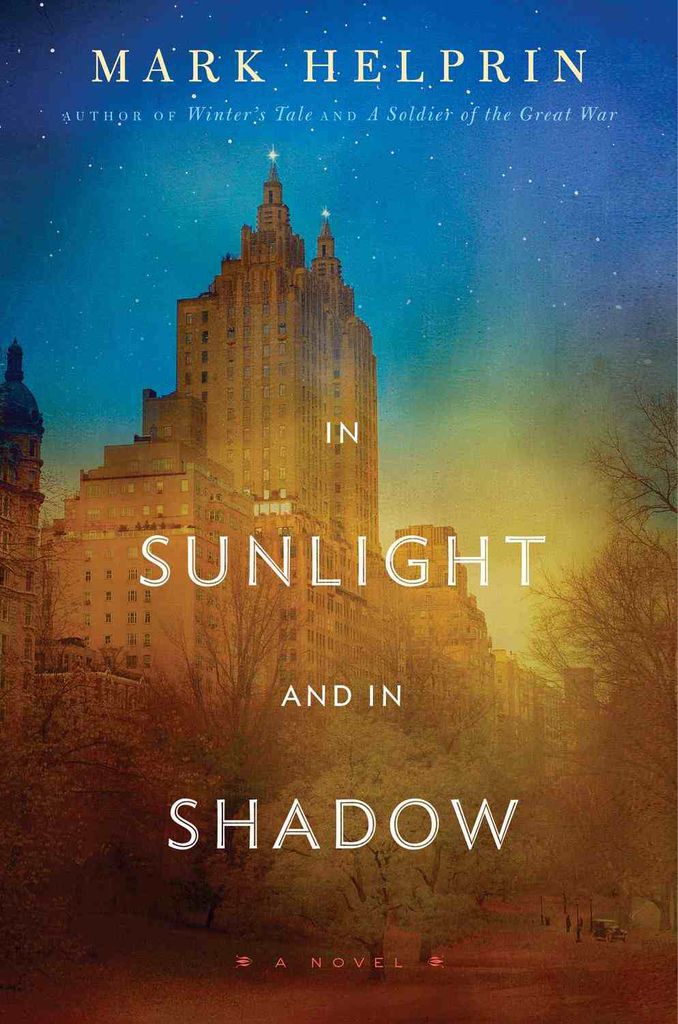 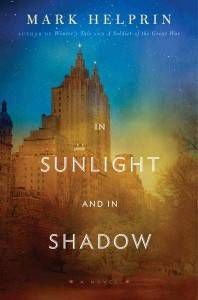 In Sunlight and Shadow by Mark Helprin

Publisher’s Synopsis: “In 1946, Harry Copeland has returned after fighting in the 82nd Airborne from North Africa all the way to the Elbe. Reluctantly assuming the direction of the family fine leather goods manufacture, he finds his life unsatisfactory and on hold – until he is “accidentally” united with Catherine Thomas Hale, the woman for whom he has been waiting all his life, although the forces behind his patience have never been revealed to him. A young actress, singer, and heiress, she has been waiting for him, even if she has known this only in flashes that do not come clear to her until the end of the narrative, and that have not prevented her engagement to a much older man who has been taking advantage of her since childhood.

The meeting of Catherine and Harry, their courtship, and their intense love, play out on the stage of New York awakening at mid-century – in the deep worlds of the theater, industry, and high finance, and during the collision of aristocratic New York society with the formidable wave of second-generation, fully assimilated Jews. Though after being broken in the war Harry wants nothing but peace, family, and love, organized crime carries on its extortions as always, even in a city now full of the kind of men who stormed the Pointe du Hoc and the Siegfried Line. This becomes his moral and physical struggle. While Catherine’s is of a different nature, it is just as consequential, and the courage required of her is perhaps even greater…”

Demerit: “ …this 700-plus-page tome is a bad romance novel, driven by a preposterous, melodramatic plot and filled with some truly cringe-making prose.”

“…the language throughout is so maudlin, clichéd and portentous that the novel reads like an energetic parody.”

Gold Star: “It’s been 17 years since Mark Helprin’s last novel, “Memoir from Antproof Case,” and he’s lost none of his gift for bravura storytelling and lavish prose. Indeed, prose seems too mundane a term for Helprin’s extravagant way with words and emotions as he chronicles the courtship and marriage of Army veteran Harry Copeland and heiress/actress Catherine Thomas Hale.”

Gold Star: “Despite its 700 pages, “In Sunlight and in Shadow” is a sensational and perfectly gripping novel: a love story, a tribute to the fighting spirit of World War II, a hymn to the majesty of New York, and a cranky, pedantic elegy for the world that used to be.”

Demerit: “He’s not aiming to deliver complex, three-dimensional characters stuck in the thick of moral battles, but larger-than-life personalities who know the right thing and do it without much messing around. As the book goes along, this becomes less and less of a disadvantage. Despite its often inflated, swoony prose style, the novel delivers a rich portrait of postwar America, and a late, lengthy flashback to Harry’s war experiences brings some much needed ballast to the bigger picture.“

Demerit: “Unfortunately, In Sunlight and In Shadow is a monument of self-indulgence, pretension and false wisdom, convinced of its own beauty and sagacity while possessing not even a fragment of either.”

Gold Star: “But even the most stubbornly resistant readers will soon be disarmed by the nobility of the novel’s sentiments and seduced by the pure music of its prose.”

Demerit: “[The characters] embody ideals instead of ragged realities, and for this reason some readers may initially find it hard to connect to them. They seem to have no flaws on which to gain a purchase.”