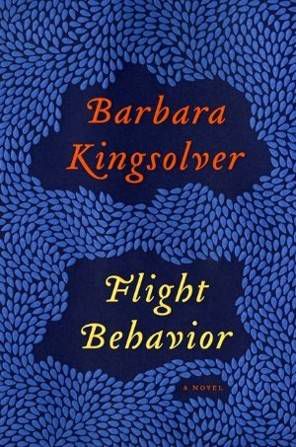 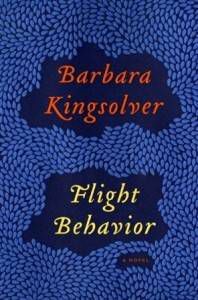 Publisher’s Synopsis: “Dellarobia Turnbow is a restless farm wife who gave up her own plans when she accidentally became pregnant at seventeen. Now, after a decade of domestic disharmony on a failing farm, she has settled for permanent disappointment but seeks momentary escape through an obsessive flirtation with a younger man. She hikes up a mountain road behind her house toward a secret tryst, but instead encounters a shocking sight: a silent, forested valley filled with what looks like a lake of fire. She can only understand it as a cautionary miracle, but it sparks a raft of other explanations from scientists, religious leaders and the media. The bewildering emergency draws rural farmers into unexpected acquaintance with urbane journalists, opportunists, sightseers, and a striking biologist with his own stake in the outcome. As the community lines up to judge the woman and her miracle, Dellarobia confronts her family, her church, her town, and a larger world, in a flight toward truth that could undo all she has ever believed.”

Gold Star: ““Flight Behavior” isn’t trying to reform recalcitrant consumers or make good liberals feel even more pious about carpooling — so often the purview of environmental fiction — it’s just trying to illuminate the mysterious interplay of the natural world and our own conflicted hearts.”

Demerit: “Kingsolver has trouble maintaining forward momentum. “Flight Behavior” is never dull, but the energy leaks out of the story, which sometimes seems allergic to its own drama.”

Beth Jones for The Telegraph

Gold Star: “Absorbing and entertaining, Flight Behaviour engages the reader in the quotidian details of Dellarobia’s life, while insisting that we never forget the crumbling world beneath her, and our, feet.”

Gold Star: “…the novel really soars in the exquisitely drawn scenes where a strapped woman feels claustrophobic in a dollar store or panicked during a job interview or wistful for her bright young son’s future. Dellarobia is a smart, fierce, messy woman, and one can’t help rooting for her to find her wings.”

Demerit: “Kingsolver sometimes undercuts her own grace as a storyteller by filling her characters’ mouths with clunky polemics about, say, global warming or the class system.”

Grade: B (grade given by reviewer)

Gold Star: “…readers will be well and truly smitten with feisty, funny, red-haired Dellarobia and her determined quest to widen the confines of her world.”

Demerit: “[Kingsolver] sets the hook of her fascinating story before launching into activist mode with more than a few pointed speeches delivered by an eminent scientist (and Kingsolver stand-in).”