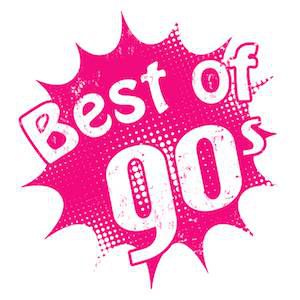 PARDON OUR MESS! THIS PAGE IS UNDER CONSTRUCTION!

I am fully prepared to admit that when I requested a review copy of 1995 by W. Joseph Campbell, out of University of California Press, part of my motivation was nostalgia. I’m not all that old, but the mid-to-late 1990s was when I was reaching that part of youth where you are, for the first time, increasingly aware of the world around you. Aware of pop culture and the news, beginning to digest it and form likes and dislikes.

Generally, though, I’m suspicious and dismissive of nostalgia (including my own), and so if the book had wound up being an exercise in that, I probably would have put it away after five pages. Fortunately for all of us, this wasn’t the case at all.

With 1995, Campbell writes a clear-eyed examination of the pop and political happenings of a single year in the 1990s. Everything from the Bill Clinton/Monica Lewinsky scandal, to the release and explosion of Windows 1995…to what would eventually become Amazon.com, coming into rudimentary existence in that year. Campbell’s assertion is that the events of 1995 were pivotal and had far-reaching effects, and he proceeds to examine the year with an eye toward proving this. There is no nostalgia present. It is a dry book, academic in nature rather than a pop book…but don’t let that put you off. It is clearly, sharply written and examines the chosen events of the year clearly. It’s an extremely fascinating look at a year, in the midst of a particular decade’s culture (which of course changes every decade or so, give or take a few years) and then looks at all the later effects produced by the year.

Despite not being a pop-culture “I Love The 90s!” kind of thing, there’s still plenty of trivia to be had here. I spent most of my time with the book pausing every few pages to read out interesting facts (Amazon had odd original names. Like Cadabra. And Relentless.com. What great names! Ha ha!) (geeze….).

I really like University presses and the work they produce, and University of California’s books pretty frequently appear on my to-read lists. However, being a University press, I have to admit I don’t know how widely available or affordable this book will wind up being, so I advise you to keep an eye out. Go borrow it from your library, or a university’s library, if you can. And if you can’t, I don’t think you’ll regret buying it. It’s a very fun read which will later double as a very useful reference book. That’s a pretty good double-hitter.

THANKS FOR VISITING!!! COME BACK OFTEN!!!