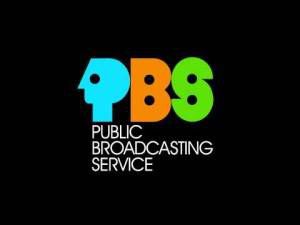 It seems like only yesterday that I plopped down for my daily helping of Reading Rainbow, hands-down the finest offering in all of PBS history. This is probably because it was only yesterday, because it’s now hands-down the finest offering in all of Netflix history (followed at a distance by Quantum Leap, obviously). In case you’ve just now emerged from a cold war era bunker or cryogenic state I have some sunny news: Reading Rainbow can be streamed right to your now-grown (or not) smiling little face. The future has arrived! By bringing us the past…

Lots of us spent our childhoods scooping up Spaghetti-Os while watching a TV show about books. It seemed improbable that kids could be enraptured by learning about books, but the coolness of reading could not and would not be denied. Reading Rainbow thrived.

Probably as people got access to the sweet, sweet cornucopia of cable channels, PBS struggled somewhat to compete. Reading Rainbow went the way of dinosaurs, without the advantage of being able to evolve into birds. Why the show was ever canceled is beyond our capacity to understand. A marvelous era ended, without question. And until recently the next closest offering on the airwaves was C-SPAN2’s inventively named Book TV, which only exists for 48 hours at a time. Speaking of cryogenic comas, in its high school yearbook, C-SPAN2 was voted “Most Likely To Put Kids Everywhere Into A Deep And Instant Sleep.” Against a perfect theme song, against those adorable children recommending their beloved books but suggesting that we don’t have to take their word for it and can read them ourselves, against LeVar Burton, how could any TV show about books ever compare?

Well. The answer was Storylords. Storylords could compare. You might have never heard about this little gem from the 80s, because you may not have lived near the Wisconsin college campus where it was filmed on what I assume was about a nineteen dollar budget, half of which was spent on bedazzling a pair of sparkly gloves. This is not a joke. 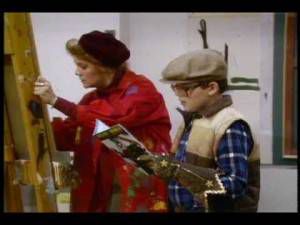 But most of the best things in life cost nineteen dollars or less, don’t they? They do (see also: books). Honestly, I loved the crap out of Storylords, and here is why: it was about a bespectacled child wizard who must educate himself to become powerful enough to overthrow an evil megalomaniac in a black cloak. What’s that you suggest? Was Storylords a primordial Harry Potter? Your words, not mine.

Okay, actually those are totally my words. The similarities to the Potterverse are few, but I was drawn to the metaphor that within a book there is magic, and the belief stuck. I tuned in faithfully to the adventures of Norbert as he pedaled his magical stationary exercise bike—not unlike the one we had in our own basement—and recited the incantation that sent him to the land of Mojuste where he would once again foil the attempts of Thorzuul (there is no Dana, there is only…nevermind) to do something kind of mildly bad to the people of the kingdom. Though the problems varied from episode to episode, the solution was unchanging: our problems could be solved by reading more books and learning how to understand them. I believed that and the belief stuck. 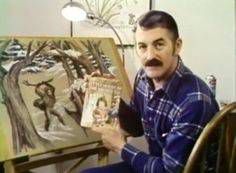 The host of Cover to Cover, demonstrating the cover of the book this episode will cover. Cover.

Your local PBS station had its own lineup of bookish programming, I am sure. Watching these educational shows always felt a little like eating local, and I wonder what was in season in your part of the world. In addition to Storylords, my neck of the woods boasted The Friendly Giant (Which might have been Canadian? And from the ’70s? I was like four years old, so I hope you can forgive/fact check me.) which was pretty much about a huge man who lived in a magical castle and wore a sheepskin jerkin and just wanted to read books to kids. We also had the super awesome Cover to Cover, featuring a mustachioed dude who would illustrate scenes from a book with colored pencils while he read aloud. It was kind of like what you’d get if Reading Rainbow and The Joy of Painting made a baby, which is another way of saying it was perfect.

Reading Rainbow will forever be the king of PBS, of course, but the weird little shows with which it held court were royally cool, too. All of them.