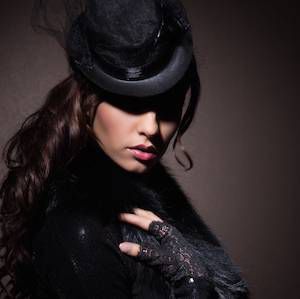 This is a guest post from Rebecca Scherm. Rebecca is the author of the novel Unbecoming (Viking). She lives in Michigan. Follow her on Twitter @chezscherm.

You remember that whole debate from last year about “unlikable female characters”? It has somehow survived Roxane Gay and Claire Messud’s heroic and thorough dismantling. I know this because I wrote such a character, and it has been suggested that I engage in thoughtful, civilized discussion about likability.

But instead, I would like to wave around a fiery stick and yell. I’ve heard plenty of stories where bad girls learn all their lessons and go good at the end, or where their badness is explained away by sociopathy. I’ve heard enough stories where terrible things happen to the good, sweet heroine and happen and happen some more and she is powerless due to the strict confines of her moral code. I have no need, ever, for stories where the good girl teaches all the bad girls to hide their badness. Where I grew up, one of the meanest things a girl could say about another girl was “she’s sweet.” It meant she had nothing else to recommend her. And I am not asking for “strong” female characters, whatever the hell that means. I am talking about screaming black-magic dragon vixens and prurient nightmare humans. I want conniving, felonious inveiglers and monstrous viragos, and I want them written by women and read by women. Give me Mrs. Danvers and Rebecca both, and give me Cora Papadakis or Lady Macbeth but from their points of view. Give us your witches! Let us adore them.

These furious desires of mine have made it necessary to imagine how the endings of certain books in *~~ the canon~~* might be reimagined.

The Portrait of a Lady

Isabel returns to Rome in the dead of night. Gilbert is asleep. She takes the oil lamp from the hallway and pours the warm oil in a stream around his bed and lights it on fire. Whoosh!

The House of Mirth

Because Lily finds her work at the millinery dull, she begins to take a draught of brandy before work. One day, she drunkenly sews her entire basket of silk roses to a single hat. All the colors, clustered like barnacles around the crown. She doesn’t have enough roses to do the brim, so she cuts it off. The milliner screams. Lily runs out with the helmet of roses and smacks right into Carry Fisher, who seizes upon it with glee. “I want a dozen!” she shrieks. But Lily can’t go back to the hat shop now, and she has no way to make rose helmets on her own. The matter is forgotten until she gets her $10,000 inheritance from Mrs. Peniston’s estate, and instead of paying her debt to Gus Trenor, she shows him the rose helmet and offers him a stake in her new hat company. The rose helmets are a great success.

Selden, having not shamed her for a while, pays a visit to her enormously successful hat shop and tells her, admiringly, how surprised he is that she managed to hit rock bottom and bounce right up off it, and also that she is his true love. “You’re a prig and a hypocrite,” she tells him. “Don’t ever darken my doors again.”

One of the visiting actors hears Ophelia’s demented singing and thinks she’s pretty good. Evaluating her future in Elsinore and finding it lacking, she decides to go with them as a troubadour witch. She steals some money and also Algot, the palace dog, to take on the road and protect her from gross men. “You’re the greatest Dane in this place,” she tells him.

Emma murders the loan shark Lheureux by strangling him with a silk curtain cord. She is still standing over his lifeless body when she hears the bells on the door: customers! She quickly pulls some jacquard yardage from the counter to cover him. The customers, a handsome couple from out of town, are seeking velvet ribbons. Emma serves them with ease. She decides she will take over the shop, telling people that Lheureux has gone to Noirmoutier to take a sea cure. “I’m a terrible mother,” Emma says as Berthe helps her drag the dead man into the alley.

After successfully faking her suicide, Bertha Rochester hijacks a slow-moving carriage. It is that butcher boy, from town! She gives him a hundred pounds. “You never saw me, little man.” In London, she buys some pointy white booties that lace up the sides and a bonnet with a dead crow perched on a cluster of plaster cherries. She gets a stateroom with two windows for the long passage back to Jamaica. At night, she sips absinthe on the sailors’ deck, imagining and reimagining the guilt Ed must feel at her death. Well, now he can marry his tutor tart. Seems fair.