This is a guest post from Tajja Isen. Tajja is a Toronto-based writer and voice actor. Her work has appeared in Electric Literature and in literary journals across Canada. You may have heard her voice on such cartoons as The Berenstain Bears, Atomic Betty, and The ZhuZhus, among others. She is currently completing a JD/MA in Law and English at the University of Toronto. Follow her on Twitter @tajjaisen.

I’ve always been a keeper of book lists. It began as a crutch for undeveloped taste—as a child, lists were a reliable way to orient myself in the unknown terrain of adult fiction—but has since evolved into a tightly curated system for organizing the world’s wealth of writing. Functioning like a kind of algorithm, my list-keeping weaves together my reading preferences (literary fiction, critical race theory, creative nonfiction); goals (finishing a certain number of books per year, the ongoing project of diversifying my intake); and standards (as I’ve gotten older, they’ve shifted away from “one day I’ll be happy to have read it” and closer to something like “yes, but will it change my life?”). The process is clean, it’s satisfying, it’s goal-oriented, and—given that the list is varied enough that there’s a book to suit almost every prospective mood—it works.

Most of the time. The list is a map, but it’s not a compass. As a graduate student in the midst of thesis work and course readings, I sometimes find that the list of things that I need to read can scramble the signals for what I want to read (as a matter of policy, I keep a voluntary volume in the rotation at all times). But adhering to the list is not an infallible system, which raises the question of what to do when it fails you—when there is nothing on there that gives off the unmistakable glow of “read me next.” 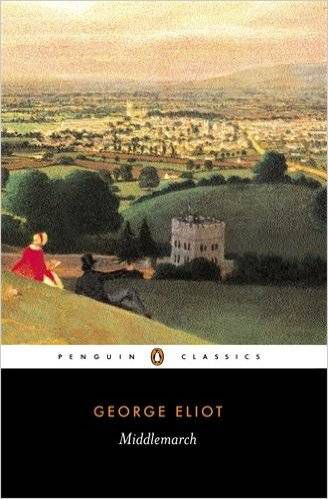 I’ve inadvertently developed a list of fallback strategies for when this happens. The first is—perhaps counterintuitively—to consult the list. Though I might easily be able call to mind the last five or six books I’ve added, I haven’t memorized the entire thing, and a quick skim will likely turn up a possible candidate. (In the most recent instantiation of the list’s failure, this approach did not work). Which brings me to strategy number two: look to the past. Rather than risking the gamble of something hyper-contemporary—a challenge that I’m up for, but only if I’m in the mood—I tend to retreat to the reliability of the classics, reframing my uncertainty as a chance to address a conspicuous gap in my reading. This week, unmoored from the list, I tried to pick up Middlemarch, but its prologue was sufficient warning that—as keen as I am to delve into the novel soon—it would be ill suited for a mid-semester read. I pored over my shelves’ legion of the unread. I had a strong sense of what I wanted: something readable, fictional, immersive, and lengthy, but nothing I owned seemed right. Nor could I think of anything that did.

I had to confront the inevitable final option: spontaneity. Despite the romance in the idea of waltzing into a bookstore, having a wander, and discovering the text you don’t know how you’ve ever lived without, I’m mostly resistant to this fiction. I take pride in having enough knowledge to, at this point, know what I like and go after what I want. Don’t get me wrong: I still love the thrill of discovery—just not necessarily as a last resort. This time around, my spontaneous acquisition was Hari Kunzru’s Gods Without Men. I’m using “spontaneous” pretty liberally, as the book was already on my radar for a number of reasons: it’s an acclaimed writer’s best-known text; it’s a writer whose style I like (White Tears was excellent); it has blurbs from writers I also like (David Mitchell, whose Cloud Atlas would have suited my mood perfectly if I hadn’t already read it six or seven years ago).

Is Kunzru’s novel something it’ll be impossible to imagine ever having lived without? It’s too soon to say. But is there freedom in welcoming to my library something that is crackles with (moderate amounts of) the unknown? Certainly. My list keeping will persist—organization, among other things, pleases me—but I would like to make a more concerted effort to sometimes extract myself from its hold, bending more easily to the unplanned encounter. I can only see it benefiting me as a reader to cultivate a greater openness to the spontaneous.