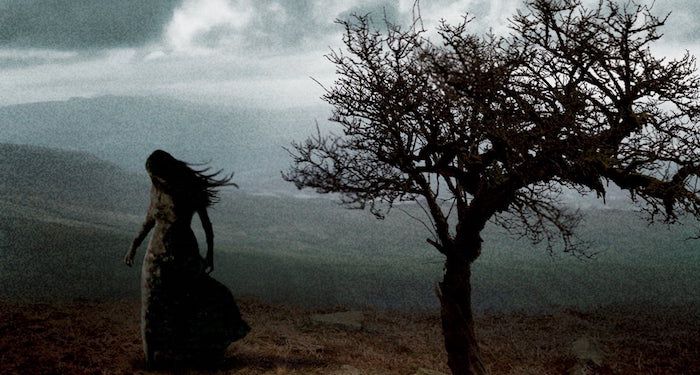 There are some books that I’ve read often enough to memorize their opening lines. But Wuthering Heights? I’ve read this novel on an almost yearly basis since I was… 18? 20? Forget the opening line, I can quote the first paragraph, and a number of passages besides (that is how I know that Heathcliff cannot, in fact, live without his heart).

This is a polarizing story. People either love it or hate it. But whether positive or negative, this book is almost guaranteed to engender a strong emotional response in those who read it. The one thing it won’t cause is indifference. I’ve never heard of anyone who thought Wuthering Heights was simply okay, or not very good but also not the worst. Come hell or high water, Emily Brontë’s single novel will make you feel something. It might be fascination or a strong urge to chuck the book at the wall, but still, something.

By what I’ve said so far, I’m sure you can imagine that I fall in the first camp. I love this novel. I love the power of the setting, the evocativeness of the language. I love the exploration of family, of abuse and its consequences, of depression and addiction and revenge. The world of Wuthering Heights is contained within a single tiny community, a micro world where human nature is distilled into its most potent, overwhelming state.

And yet, there is a window into the unknown, represented in Heathcliff’s background and in the three years he stayed away from Wuthering Heights, as well as in the question of Catherine’s haunting. Is it real? Was Lockwood overwrought and seeing things? Did the rumors at the end have any reliable basis? What was the cause of Heathcliff’s death? We’ll never know for sure. And this inexplicable quality, this hint of the supernatural, is part of what makes Wuthering Heights both a novel of the utmost realism, and a story of lingering doubts and unanswered questions.

My Story with Wuthering Heights

I was around 14 when I first encountered this novel. It would not be an exaggeration to say that it cracked my head open: indeed, I was having an argument with my sister, who was reading this novel for school, and she threw her (hardcover) copy at my head. Ouch. When I say that this book packs a punch, I’m not talking figuratively.

(In my sister’s defense, she didn’t mean to throw it at my head. She just happens to have terrible aim. And I got my revenge a few weeks later, when I threw an orange at her head.

Truly, it’s a miracle we’re both still alive and on great terms now.)

I don’t remember my first time actually reading the book, but I do know it was the same head-cracking copy. It was a Spanish translation, so a couple of years later, I bought a copy in its original English. I became fascinated anew. I’ve since fallen into the habit of reading it almost every winter. Two beautiful hardcovers now accompany my lovely worn paperback on my Brontë shelf, and I foresee more coming.

What It Has Taught Me

Wuthering Heights has taught me a lot about empathy. When the majority, if not all, of a book’s characters are unlikeable, it becomes easier to get past the natural urge of needing to blame somebody for bad things happening and instead focus on understanding why they make the choices they make. Every time I reread it, I find myself infuriated with all of them at one point or another. Similarly, I find myself rooting for all of them at different times — except for Earnshaw and Linton Heathcliff. Try as I might, I can never bring myself to root for either of them. I’m only human, okay?

On a related note, I no longer attempt to force a label on a character (or on people, for that matter). Upon my very first read, I squarely placed Heathcliff in the role of victim, and was thrown for a loop when he became the victimizer. I approached my second read thinking he was the great villain of the story. But reading the first part again… Heathcliff is a victim and a victimizer. Catherine is a victim of abuse and a manipulative, egoistic person. People can be multiple things at once, so why shouldn’t we extend fictional characters the same courtesy?

It’s also shaped me as a reader, and consumer of media overall. I learned that, regardless of how much I hate a storyline, it isn’t necessarily bad writing: not all stories have the same trajectory, so it isn’t bad writing if my favorite characters don’t grow, or if the characters I hate aren’t punished. There isn’t only one way to tell a story, and by insisting that there be, I’d be doing storytelling a disservice. Wuthering Heights has shown me how to appreciate a story as it is, instead of how I want it to be.

When Wuthering Heights was first published, book critic James Lorimer said that “the only consolation which we have in reflecting upon it is that it will never be generally read.” I love knowing that, not only has it been generally read, but it has changed lives for the better: I wouldn’t be who I am without this novel. And I’m sure others can say the same.