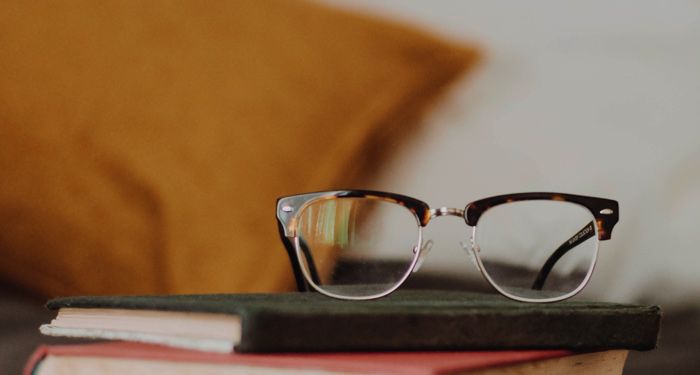 Please return this book to Sarah Davis as it’s her favorite. That’s the inscription on the first page of my beat-up copy of J.D. Salinger’s The Catcher in the Rye from high school. By now, the pages are yellow, the white cover is creased, and the book has dog-ear bookmarks. It’s also deeply a part of me: who I was and who I am now. Recently, I had the opportunity to reread Catcher and see how it held up. Am I still the young girl who identified with Holden Caulfield and his campaign against phonies? Or did I have other concerns that I see now as an adult? Let’s find out.

My primary reason for rereading Catcher is I’m working on writing a novel that is an homage to Holden Caulfield and his bender in New York City. In my story, a college student misses the train home for Thanksgiving and must rough it out back on campus in Philadelphia.

In revisiting The Catcher in the Rye, one of the main objectives I had was to get familiar with that “voicey” narrative voice that Catcher fans know and love. If I could reach anywhere close to what Salinger manages to pull off, I thought, I would be on the right track.

The Catcher in the Rye is probably one of the most famous voicey narrators in the history of literature. Right from Holden’s boisterous opening line, he announces himself as a storyteller, one who will dish out his story little by little, keeping his narrative close to his chest: “If you really want to hear about it, the first thing you’ll probably want to know is where I was born, and what my lousy childhood was like, and how my parents were occupied and all before they had me, and all that David Copperfield kind of crap, but I don’t feel like going into it, if you want to know the truth” (1). That prideful-yet-guarded voice, intentionally written to put readers on edge and know Holden is in the driving seat of this story, is one that any writer working on crafting a character who has a unique narration knows deeply.

The result of my inquiry? Yes, that voice had stood the test of time. What I love about it is how the monologue is perfectly imperfect. Holden repeats phrases several times over, liberally applies curse words, and varies his sentence structure. It feels messy and scrambled, even though you know Salinger chose every single word with care. Now, as an adult, I felt just as drawn into the story as I was back when I was a teen.

Upon revisiting Catcher, one of the things that surprised me the most was how much of the story takes place on that first day Holden’s narrative begins. I definitely didn’t remember how so much of the book is compressed into essentially a few days. As a writer, I know how hard it can be to maintain momentum of action across many days, instead of just a handful like Salinger does. And, to be honest, this part didn’t hold up for me. To me, that first day and night felt endless, as I’m sure it was for Holden, but to me it dragged in the last chapters of the opening day. Why won’t he just go to bed? I wondered. It was distracting. For my own writing, this served as a cautionary tale: if your character is up all night, sooner or later you need a break from them, even if you’re in love with the characterization and narrative voice.

Another thing I noticed more this time around is how trauma guides Holden’s thoughts, emotions, and actions. I definitely wasn’t thinking about this when I read it as a teenager. Tragically, Holden lost his little brother Allie to terminal illness when Allie was just a kid. Holden thinks of him often, and, in my opinion, it is the reason Holden is stuck in child mode, meaning he is afraid to or unable to move beyond childhood and into the adult world. It’s as if Holden is stuck in place where he was when Allie died. Or possibly because he doesn’t want to grow up without Allie growing up, kind of like he believes that since Allie is frozen in childhood, he has to be, too.

As an adult reader, I’m better trained to look for the trauma in Holden than I was as a teen reader. This has many craft takeaways for me; trauma is something that naturally emerges in conversation and narration here and there. You don’t have to be explicit about how your character’s trauma impacts them: instead, you can let their thoughts, emotions, and actions convey their trauma in asides that compound into something that’s truly affecting them. It’s as if the trauma pokes its head up every now and reminds you, hey, I’m here, and this is still making an impact on me. Considering my main character also experiences trauma early in his life, Salinger’s novel was a masterclass in writing trauma.

Last, rereading Catcher was like going through the years and traveling back in time to when I was a Catcher-obsessed teen. Like many, many others who share my feelings about the book, I felt the book spoke right to me, that it was a deeply internal connection, that Holden was speaking to me and me alone. Just as Holden felt disillusioned, misunderstood, and alienated, so, too, did I. As Holden himself admits: “What really knocks me out is a book that, when you’re all done reading it, you wish the author that wrote it was a terrific friend of yours and you could call him up on the phone whenever you felt like it. That doesn’t happen much, though” (28). That’s exactly how I felt about Salinger. Rereading Catcher put me back in touch with younger me as the book that bridged the gap between YA and adult fiction, the book that spoke to me when I was most alone and told me I was seen and heard, and the book that made me want to pen books just like it, ones that reach troubled teens. If, that is, you really want to hear about it.