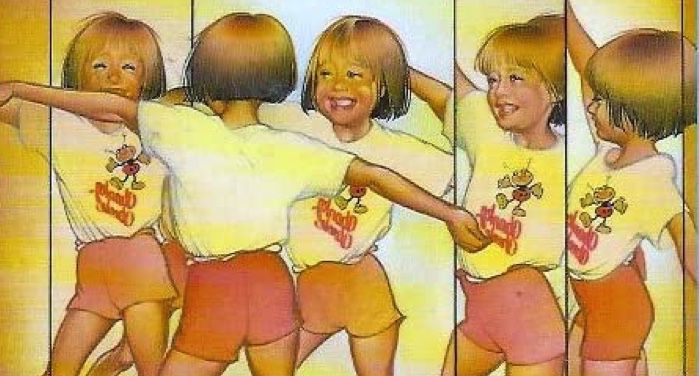 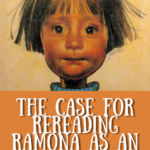 Beloved children’s author Beverly Cleary passed away on March 25 of this year at the impressive age of 104. Even more impressive was the legacy she left behind: 42 books, many of them classics that have now been read by multiple generations of kids.

Like so many readers, I grew up on her work, especially the Ramona books, which I read and reread until I practically had them memorized. But I drifted away from them as I got older, though I still kept my old copies around.

I’m glad I did, because I reread the Ramona books after Clearly passed and was struck by not just how well they held up, but by how rewarding it was to read them again from the perspective of an adult, and how truly rich Cleary’s characterization was.

Cleary has often been lauded for her ability to write believably and engagingly from a child’s perspective. She captures the excitements and frustrations and fantasies of everyday childhood in an incredibly real and funny way. I remember being indignant on Ramona’s behalf when adults simply didn’t understand (Remember when Susan copies Ramona’s paper bag owl in Ramona the Brave? The outrage!) and fed up with the dull incomprehensibility of grownup lives whenever they intruded upon Ramona’s fun. Ramona’s point of view always felt honest and true and correct when I was a kid.

But when I reread the books as an adult, I realized that Cleary made so many of the adults in the series, particularly Ramona’s parents (and of course Beezus, who occupies an awkward middle ground and is fully aware of it), three dimensional and utterly relatable as well. That’s not to say that they get the same kind of fully realized treatment that Ramona does, which is as it should be — everyone’s favorite Pest is still the heroine. But Bob and Dorothy Quimby aren’t ciphers who exist to provide a roof over Ramona’s head and spoil her fun; they’re people, coping with their own mundane struggles while raising a bright, energetic, and often legitimately exhausting child.

As a kid, seeing Ramona get in trouble for relatable childhood hijinks just made me feel indignant in solidarity, but as an adult, I can’t blame her parents at all for being frustrated when Ramona leaves brick dust all over the house from playing Brick Factory, or when they have to figure out how clean up a sink that Ramona has squeezed an entire economy-size tube of toothpaste into. I get why Dorothy is embarrassed when Ramona informs a salon owner in Ramona and Her Mother that she can’t get a haircut there because the family is “scrimping and pinching to make ends meet.” When Ramona is furious with her family in Ramona the Brave and threatens to say a bad word, only to reveal that the bad word is “guts,” I’m sorry to say that like her parents, I’m laughing at her, not with her. And the Quimby family’s financial troubles when Bob is out of work are all too understandable to grownup eyes.

It’s also fun to reread the books as an adult because I have so much more context for the time period each was written in. Beezus and Ramona was published in 1955 and Ramona’s World in 1999, which means that the world Ramona lives in changes drastically from book to book. There’s a moment in Ramona the Brave (1975) when Dorothy says she’s going to start working part-time to help pay for the extension on their house, and Beezus says rapturously, “Oh, Mother! Just think! You’re going to be liberated!” which meant nothing to me when I was 7, but which I now find as hilarious as Dorothy does. As a kid in the ’90s, I had no idea that Beezus was talking about a real person when she says in Ramona and Her Mother (1979) that she wants her hair cut like the figure skater on TV, but adult me knows she was talking about Dorothy Hamill.

(I also pay more attention to ages, so I was shocked when Ramona the Brave mentions that Bob is only 33, especially since Beezus is 11 in that book. I know having kids that young was more common in the ’70s, but to hear Ramona talk about her father as if he’s ancient when he’s four years younger than childless me made me feel some kind of way.)

If you’ve got the time, I highly recommend picking up the Ramona books for a quick trip down memory lane (AKA Klickitat Street). Ramona is still the delightful protagonist she’s always been and worth a reread on her own — but seeing just how well-rounded all of the characters are gave me new appreciation for how wonderful these books are, and why they’ve stood the test of time for so many decades.

Thanks for everything, Ms. Cleary.